Jyoti’s death has become a global symbol and the beginning of change. Here’s hoping brave Jyoti Singh did not die in vain 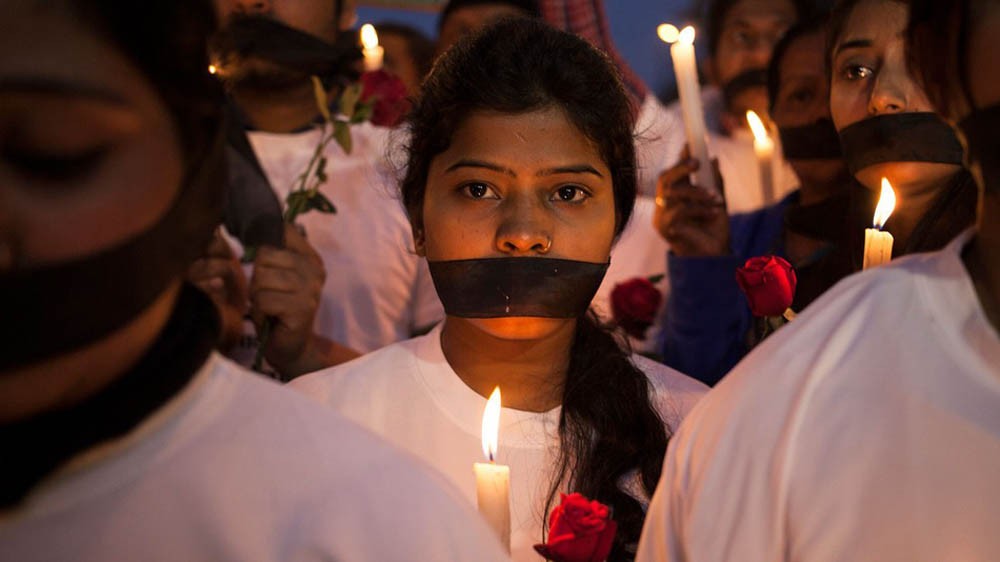 India has been under the spotlight for the rape and gender violence since the horrific gang rape in Delhi on December 16, 2012. That night, a 23-year-old physiotherapist on her way home from the movies with a male friend was brutally gang-raped by six men in a moving bus in the national capital. She died of her injuries on December 29, 2012. Her friend who tried to save her was also brutally beaten but survived.

The BBC documentary, ‘India’s Daughter’ following up on a rape that shook not just India but the world, and the Indian government’s subsequent ban on the film has re-ignited hot debate on an issue that is relevant to far more than just India or India’s daughters.

Media houses in India called the victim by different names, complying with the Indian law that forbids naming a sexual assault victim without her family’s consent. Her father, Badri Singh, told reporters her name: Jyoti Singh. "We want the world to know her real name. My daughter didn’t do anything wrong, she died while protecting herself. I am proud of her. Revealing her name will give courage to other women who have survived these attacks. They will find strength from my daughter."

"The people of India have given us strength to cope with our loss. I feel she’s not just my daughter but also India’s daughter," he said. (The Mirror, UK, 5 January 2013).

The Indian government’s attempts to prevent the film from being shown appear to be motivated by stopping the ugly truths reflected in the documentary from overshadowing the ‘India shining’ narrative.

Some Indians have objected to the film, saying that it shows India "in a bad light". Even Jyoti Singh’s friend, Avanindra Pandey, who survived the attack that killed her has backed the Indian government’s decision to ban it. Speaking to IBN Live, he said the film was "fake" and had "dented the country’s image and questioned the law and order situation".

In fact, the film reflects the prevailing misogyny and gender violence in Pakistan, in Bangladesh, and the rest of South Asia, and beyond.

"A girl is far more responsible for rape than a boy," says Mukesh Singh, one of the four accused sentenced to execution for Jyoti Singh’s rape and murder. "A decent girl won’t roam around at 9 o’clock at night. … Housework and housekeeping is for girls, not roaming in discos and bars at night doing wrong things, wearing wrong clothes."

His lawyers echo his views. One of them says that if his daughter behaved like this "roaming around at night with a boy," he would set her on fire.

This is one issue that cuts across national, international, ethnic, religious, class, caste, and race barriers. The "No Ceilings Full Participation Report" released by the United Nations on March 8 terms sexual violence as a "global epidemic". The report cites data that shows 35 per cent of women report physical or sexual violence in their lifetimes.

Interestingly, the lawyers whose comments in the BBC documentary have led to such uproar had issued many such statements soon after the trial, notes Nivedita Menon in a thought-provoking essay published on International Women’s Day. "The film shows those clips as well. Why were the lawyers not hauled up by the Bar Association immediately?"

She answers her own rhetorical question: "Because our glory is dimmed only when "poor light" is cast on us by BBC or some American channel? More power to them, then." (‘Indian feminists, ‘India’s daughter,’ and sexual violence: The issues at stake,’ Kafila.org, March 8, 2015).

Rapists and their lawyers aren’t the only ones who think that women are "asking for it" with their dress and behaviour, as the journalist Shivam Vij found when he visited the impoverished colony where the accused live. One woman criticised the dress and behaviour of women in Delhi. To Vij’s point that this did not justify rape, she responded: "Men will be men, women should know how not to attract attention." (‘Why the Delhi rapists should not be hanged,’ Kafila.com, February 15, 2013).

We hear similar arguments when an incident of rape or sexual violence is reported even in ‘developed’ societies with universal education. Questions like: What was she wearing? Why was she out so late? Why was she in that place at that time?

In conservative, patriarchal societies women face the additional burden of justifying being out with a man they’re not married to. When Jyoti Singh’s assailants learnt that the man she was with was not her husband, they took it as a justification and felt entitled to attack her.

The mindset in Pakistan is really much the same -- justifying all manner of crimes against women.

Women don’t have to be in the company of a na-mehram to be targeted. I remember Zainab Noor whose husband (the mullah of a local mosque in Rawalpindi) tortured her so badly that she had to carry a colostomy bag for the rest of her life.

In fact, all over the world, more women are brutalised not by strangers in a dark alley but by a relative or other person they know. Rape and incest in the country are far more common than most people care to admit.

According to estimates, there is a rape every two hours and a gang rape every eight hours in Pakistan. In India, a rape is committed every 20-30 minutes. These figures are only estimates given that most cases are never reported.

Even when cases are reported and registered, the conviction rates are abysmally low. "For instance, none of the culprits or accused in the 103 reported rape cases registered in the Islamabad Capital Territory have been convicted or brought to justice," says Senator Sughra Imam of the Pakistan Peoples Party’s (PPP) who tabled the Anti-Rape Laws (Criminal Laws Amendment) Bill, 2014, in Senate on February 24, 2014.

Policemen routinely harass couples in public places and demand to see their marriage certificates. Never mind the police -- who can forget ‘tele-vigil-aunties’ like Maya Khan and her camera crew who chased couples at public parks, asking about their marital status. Other media houses have followed this reprehensible moral policing and vigilantism with even more outrageous ‘raids’ on Chinese clinics and ‘expositions’ of transgenders, accusing them of prostitution.

The over-arching concern with "image" in India is also very visible in Pakistan. Mukhtaran Mai gang-rape case of June 2002 hit the headlines and attracted the world’s attention.

In 2005, Pakistani authorities confiscated Mukhtaran Mai’s passport to prevent her traveling for a speaking engagement, invited by the Asian-American Network Against Abuse of Women. The mystery of who had ordered this move and why was soon solved when then President of Pakistan Gen Musharraf landed in New Zealand where he faced a barrage of questions by the media asking about the ban.

"I took the decision to stop her from going to the US myself," he said. The reason? "I truly believed that the invitation would have tarnished Pakistan’s international image rather than help improve the lot of women folk in Pakistan or elsewhere in the world." (Under pressure from Washington, Islamabad soon rescinded the ban and returned her passport).

Many Pakistanis agreed with Musharraf. "We know we have problems, why wash our dirty linen in public?" they say.

The answer is: because shining a light into the darkness is one way to fight it.

Not for nothing is "Break the silence" the campaign slogan of the right organisation, War Against Rape, formed in Karachi in 1989.

Mukesh Singh, the Delhi rapist interviewed in the film, says that the assailants thought that stripping their victims would silence them -- "they will be so ashamed, they will not tell anybody."

This was "the most heartening part of the entire film" comments Nivedita Menon: "No, we refuse to be sensible. And shame is on the way out. Jyoti Singh spoke out with all the strength remaining in her brutalised body, many many others are speaking out, and not only against poor, working class men, but against powerful men.

"The innumerable and continuing rapes of Dalit women are no longer being taken in scared silence, cases are lodged, the biased police is taken on, fact-finding reports keep the story alive."

Many are speaking out, even in Pakistan. Their voices, and ongoing and sustained efforts by human rights activists in Pakistan, that have led to legislation like the Anti-Rape Laws and Anti-Honour Killings Laws passed by the Senate on March 2, 2015. These laws still need to be passed by Parliament, and then implemented, but it’s a good step forward.

The controversial documentary ends with scenes that show flames around a funeral pyre with Badri Singh’s voice, saying that his daughter’s death has become a global symbol and the beginning of change. Here’s hoping brave Jyoti Singh did not die in vain.