No exit from ECL

Like most laws Zia ul Haq endowed this country with, the Exit Control List sits on the statute books allowing successive governments a chance to stop political opponents from travelling abroad at their whims 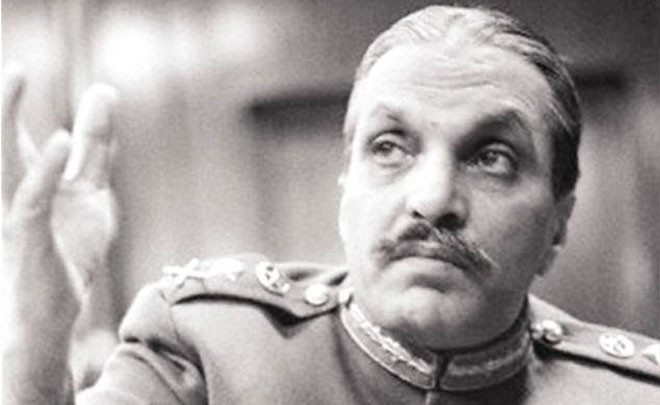 Abdul Qadeer Reki aka Mama Qadeer Baloch, chairman of voice for Baloch missing persons and his female associates, Farzana Majeed and Aniqa Baloch, were recently stopped from travelling abroad because their names had suddenly appeared on the Exit Control List (ECL). They were not allowed to board the plane to the US where they were supposed to participate in a seminar on human rights violations in Balochistan and Sindh.

Human Rights Commission of Pakistan has slammed the denial of the right to travel abroad to Baloch human rights campaigners. "In this day and age, it is ridiculous to try and prevent someone’s point of view from being heard simply by denying them to leave their country," says Zohra Yousuf, Chairperson HRCP. Apart from the obvious denial of the freedom of movement, the decision to prevent them from travelling abroad is bound to add to the sense of deprivation felt by the Baloch, she says. "It demonstrates the many difficulties that human rights defenders face in their work in the country."

The travel ban is backed by the controversial "Exit from Pakistan (Control) Ordinance 1981" introduced by the military dictator Zia ul Haq. The enactment of this law came with a vague objective of "controlling exit of certain persons from Pakistan".

It has described these "certain persons" as those involved in corruption, government funds embezzlement, drug trafficking, acts of terrorism, and threatening national security etc. But vague interpretation of ‘national security’ has made it an effective tool against people that are deemed rivals by successive governments.

"The ECL was brought by the military dictator to stop the politicians, pro-democracy activists and artistes, who were strong critics of martial law and its draconian laws, from travelling abroad and implicate them under various charges," says Afrasiab Khattak, veteran politician and human rights activist. Khattak had to travel through tribal areas to cross the border and enter into Afghanistan "to avoid political victimisation for my political ideals, as all legal ways of exit were already barred".

Baloch activists on social media have found, in the travel ban on Mama Qadeer, an opportunity to highlight the issue of the gross human rights violations in Balochistan and on alternative channels of communication.

Columnist Dr Mohammad Taqi contends that Zia ul Haq’s ECL was slippery. "In many cases, workers were kept from travelling while leaders from Benazir Bhutto to Wali Khan all eventually did travel overseas." He refers to the political workers of PPP and Mazdoor Kissan Party who were languishing in Zia’s prison, some of whom later got released through plane hijacking by Al-Zulfikar.

In later years, even during the democratic governments, the ordinance was kept intact and used for political objectives. In 1999, journalist Najam Sethi came at odds with the Nawaz Sharif government. He got arrested, his name was placed on the ECL and several cases of tax fraud and treason were filed against him.

The Supreme Court has during these years played an active role in making use of the ECL and has issued directives against certain officials to have their names placed on the ECL, though it remains a fact that in matters of financial embezzlement, corruption or hardened criminals, it hardly has had any success. Many of the accused get cleared through the exit counters using forged documents or with the help of FIA officials.

In the Bank of Punjab scam, Hamesh Khan despite his name placed on the ECL managed to escape on a US passport with the help of FIA officials at the airport. This again happened in the Tauqeer Sadiq case, where the accused former head of the Oil and Gas Regulatory Authority (OGRA) managed to fly to Dubai through of Nepal. Criminals of Lyari Gang went through illegal channels by crossing the Pak-Iran border, as also happened in Uzair Baloch’s case.

In some cases, the names of certain persons placed in the ECL were removed after interventions by the courts or parliamentary committees. As in the fuel shortage issue, the Interior Ministry’s act of placing the names of PSO (Pakistan State Oil) officials on the ECL without any charges against them was condemned by the standing committee and FIA was forced to remove their names. Also in a case against Higher Education Commission (HEC) by the students who were restricted from travelling abroad, Supreme Court asked the HEC to remove these names and apologise in writing to each and every student or face legal action.

In recent years, several references have been made in courts proceedings to the procedure of placing someone’s name on the ECL. The current government as well has planned to amend the law and make the process more transparent and make it impossible for interior ministry or the agencies to swiftly add names on verbal instructions or telephone calls. But these plans are yet to be seriously considered it seems.

Similarly, in India, they have Lookout Circular (LOC) for imposing travel restrictions on particular individuals like absconding criminals etc. A Greenpeace activist Rajia Pillai was offloaded from a flight to London on January 12 to stop her from making a presentation before the British parliamentarians on the rights of forest-dwelling communities affected by coal mining.

Since Pillai had no criminal charges against her, she was put under the "etc." category. A senior Intelligence Bureau official was quoted by the paper referring to Greenpeace and Pillai by saying, "The NGO has been involved in anti-national activities and there was a suspicion her travel was not in national interest."

In Sri Lanka, they have imposed travel bans against the former associates of Tamil Tigers as a Sri Lankan court on February 6 had barred former Tamil Tiger rebel leader Kumaran Pathmanathan, wanted by India in connection with the assassination of Rajiv Gandhi, from travelling abroad. Also foreign travellers (even those of Sri Lankan origins) were restricted for an indefinite time from travelling to the Northern districts -- to prevent the access of human rights organisations to the province worst affected during the civil war.

In Iran as well, travel restrictions have been used against political dissenters, film directors, artistes and women who want to travel abroad for studies or other reasons. Women, regardless of age, have to get an approval from their parents or husbands in order to travel abroad. This approval can be revoked at any time making women vulnerable to the whims of their parents or husbands.

Renowned film-maker Jafar Panahi is facing a 20 year ban on film-making and travel restriction since 2010. Yet, these bans and restrictions won’t work in the age of technology. Panahi’s film Taxi was screened at the Berlin Film Festival, winning the prestigious Golden Bear Award.

While commenting on the Rajia Pillai issue, Barkha Dutt wrote in the Hindustan Times on Feb 21, "The political self-goal is obvious; not just because technology defied sarkari restrictions -- she simply Skyped the British parliamentarians she was meant to meet in London -- but because the obvious David vs Goliath character of the battle has catapulted her into the role of an underdog instead of an insurgent and made the government look paranoid and insecure even in its all-powerfulness."

Likewise, Baloch activists on social media have found in the travel ban on Mama Qadeer an opportunity to highlight the issue of the gross human rights violations in Balochistan and on alternative channels of communication.

No exit from ECL