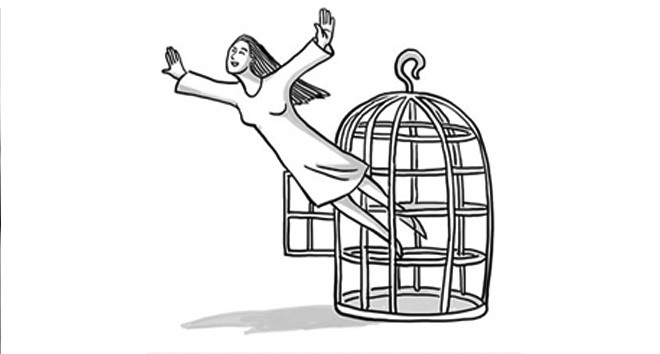 We are three brothers. Our parents taught us to respect women and so we do. Growing up, we knew women to be affectionate, loving, and caring. Young boys who played with girls were considered "uncool," so to speak.

I recall my first grade teacher asking us whether we were friends with Hassan. Our response was "somewhat". When asked why, we answered that it was because he played with girls.

Hassan was a very friendly and lovable person but we couldn’t afford being closely associated with someone who was on good terms with the "aliens". Being from Mars, Earth was hard enough to adapt to, but the Venusians made it harder.

Today, Hassan is one of my best friends and it was from him that I learnt that there is no harm befriending a girl. If it wasn’t for him, I would have had a hard time communicating with girls and perhaps remain at a disadvantage.

People who are told at some point in life that it’s okay are hesitant to overcome their existing belief without an example before them. These may be well behaved intelligent boys but are generally awkward around girls who mistake them for creeps.

As a student who commutes on public transport, allow me to share my experiences regarding the prevailing gender bias in our society. Driver of a six-seater rickshaw will always ask men to change their seat to accommodate women. Nobody minds doing that.

Women, on the contrary, have problems doing the same. Most women don’t allow men to sit next to them. A qingqi rickshaw primarily seats six people, three in the front and three in the back. If say four seats are occupied and one of them is taken by a woman, she blocks the seat next to her for any male passenger. This limits transport feasibility for men and also the income of the driver.

Seeing how women make up for a fair percentage of society, the drivers succumb to their unjust demands and this has resulted in the formation of a new term that they, the drivers have so graciously coined. It is "laydeez sawaree".

It is an established fact known to all men who travel by qingqi that the ‘laydeez sawaree’ is a force to be reckoned with. They are to the qingqi what the P5 is to the UNSC.

It is an established fact known to all men who travel by qingqi that the ‘laydeez sawaree’ is a force to be reckoned with. They are to the qingqi what the P5 is to the UNSC. If women do not want men to be seated next to them, they should simply pay for another seat. Women are also well aware of the power they possess and feel no hesitation in exercising it.

Almost everywhere in the public sphere, women enjoy privileges over men. There are separate queues of men and women at banks and they are received alternately, while men are about four times in number. This results in men waiting hours for their turn. Existent policies are such that they benefit women more than men.

Many organisations provide pick and drop to women only, while men travel on their own. In the outside world, women are treated better. It makes sense for more women to venture out.

Feminism is a term with many definitions. That of the 1940s demanded equal rights for women and more opportunities for them. In the 1970s, they said men and women are actually different -- women are superior and they should be handed over the world. When introduced, Feminism argued that women should be treated the same way as men. There already existed a term that completely covers this idea. It’s called equality.

In Punjab, majority of the medical students are girls. It was proposed that 50 per cent of the seats be given to men, it was vehemently opposed. The court ruled in favour of the current system as the girls dominate on merit. The problem is that most girls don’t practise and, hence, there is a shortage of doctors.

The fact that some people in our society promote girls to be doctors just so that they can find a better match for them is saddening. There is a need to make the environment conducive to women doctors. Day care centres are being established in public hospitals for this purpose, which is a step in the right direction.

Urban women are quite protected but beyond this we hear bad news about women. Violence is a major issue. The perpetrators of violence are mostly men in the family and where families are living in bondage. Lack of education is the root cause of all violence.

In rural settings, most disputes are taken to panchayats. The inclusion of women in panchayats can make a big difference in the rural society. This will give women a public standing and will help change men’s perception of them. While educating them is essential. The government should make it imperative to send both boys and girls to school. Adult education is equally important to counter illiteracy and evil.