Women in my view

I do not have an opinion about women. To me, they just are 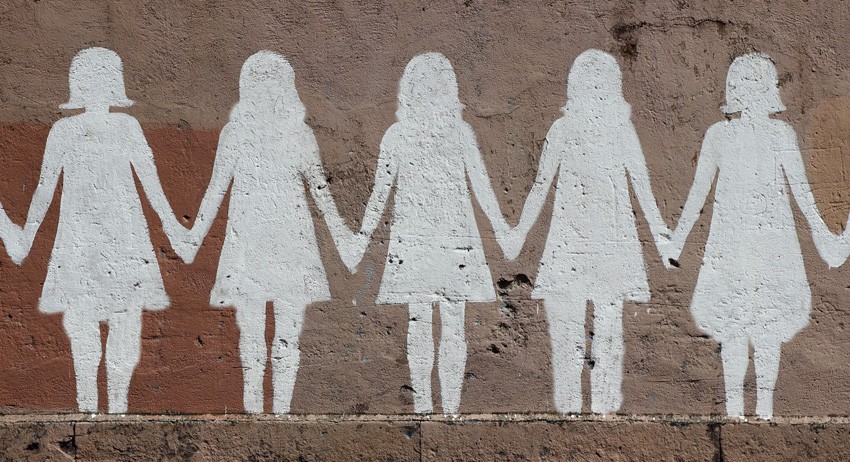 I don’t have an opinion about women. To me, they just are. As they always have been. So, for most of my life, I never understood all the feuding over women’s rights. I couldn’t understand why women weren’t equal. As a consequence, when I was asked to write this article, I didn’t quite know where to start, because I’d never formed an opinion about women as a category.

So I decided to ask a friend. I told her I’d been asked to write an article about women and I needed ideas about what to write and how to write it. Her response was, "Great. That’s exactly what we need. Another man’s opinion of who we are and who we should be."

I was a little taken aback at the sudden vehemence and resentment in her voice. I’m no spring chicken. I have some knowledge, if not understanding of the issues women face today. But even so, the anger seemed a bit excessive. I thought about it some, but I couldn’t quite understand why she had been so angry.

A few hours later, I got angry at something and like more or less every other Pakistani man, the first curse out of my mouth was, ******** (I’m sure you can guess). When I’d calmed down, I somehow ended up thinking about the obscenities I’d used. Almost all of them were in some way related to women, especially the Urdu ones. More than that, they seemed to very strongly imply an ownership of women.

All of them were something about my sister or your mother or his daughter. It seemed like the women themselves were nothing more than objects. Their entire existence was defined as a man’s possession. A living, sentient possession, but a possession nonetheless.

Perhaps the scariest part is just how effectively women have been made to accept such identity theft. Almost everyone who’s lived in a traditional Pakistani home or watched an Indian or Pakistani soap opera has seen at some point a saas-bahoo fight. What fewer of us have thought about is whether the old, rigid lady was herself fiercely independent in her youth.

The last thing any woman needs is another man’s opinion about who they are and who they should be. That is an opinion that should be left to them, not as a category, but as individuals.

Whether she was once in the position that her daughter-in-law is today, and someone forced her to yield the same way she is making her bahoo yield today. Perhaps the saddest part is that generation after generation, we literally and emotionally beat down women into accepting the identity men give them, and we do it so well that the same women help men beat down the next generation of women, just like they themselves once were.

So a woman who chooses to be independent not only has to deal with the unreasonable and unwarranted expectations men have of her, but also has to deal with what other women think about her. Because in all likelihood, her own mother will not approve of her being "too frank with men" or think her "materialistic" for wanting to choose her job over having children or, worst of all, "too westernised" for refusing to let her parents marry her off. And this is just her own family. What gossiping aunties will say about her at shaadis, well, let that remain at shaadis.

And all the while the men get what they want. Little boys are raised to be the strong, unshakeable breadwinners who will one day be married to dutiful wives and obedient children. In more liberal circles, they’re raised to be Prince Charming’s umpteenth coming and are prepared to one day rescue some poor helpless damsel in distress and make her their princess.

And often, they are taught this by their own mothers who themselves have been socialised to believe that their only role is to be the silent, unerring pillar that props up a family and never asks for credit or recompense, because it is her duty.

So no, I do not have an opinion about women. I think that’s a good thing. And I think the answer to so many of the problems women face is for men to acknowledge that they are not a part of the debate. It lies in men accepting that women are no different than other individuals in that how they choose to define themselves is solely their choice, and when talking about women, men’s opinions should be just that; opinions, not judgments or impositions.

My friend was right; the last thing any woman needs is another man’s opinion about who they are and who they should be. That is an opinion that should be left to them, not as a category, but as individuals who are looking to find an identity for themselves, just like the rest of us.

Women in my view