A Poppy To Remember

She touched the lives of so many; a few share their memories of her 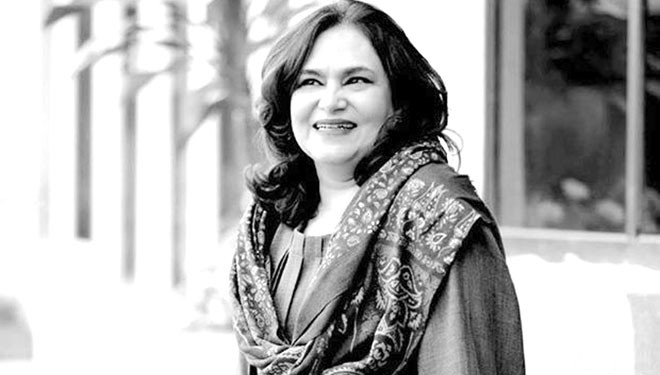 Some people walk this earth just to make it a better place. When they depart, it’s not just friends and family who are bereaved, but also a loss for all of humanity. On Sunday morning, I woke to news that made me feel just that: humanity had lost something really special and Islamabad, in particular, had lost its "Kuch Khaas".

Shayan Afzal Khan, fondly known as Poppy to her loved ones, lost her 14-year struggle against cancer in London last Saturday night. Words fall short of encapsulating who Poppy was: a Cambridge graduate, a writer, a philosopher, an entrepreneur, a visionary, a revolutionist, a patron of arts and culture… one can go on and on about her. What made her truly special was her humanitarian spirit, and how pure and absolutely selfless she was.

Hailing from Karachi, Poppy settled in Islamabad a few years ago, where she brought about nothing short of a revolution for the city’s youth in the form of Kuch Khaas - a centre for art, culture and dialogue. Launched in 2010, Kuch Khaas quickly became a home away from home for culturally starved citizens, both young and old.

Her giving nature and love for the youth greatly inspired me in 2011 when we were looking to fund a child’s dream of studying at LUMS. We looked everywhere for help, and finally found it in Poppy who generously sponsored his first year of college.

Kuch Khaas is also among her bighearted contributions; she handed over her own property in one of Islamabad’s most posh locations for the cause of cultivating creativity and free expression. Within the walls of Kuch Khaas, everyone could be who they wanted to be, learn what they wanted to learn without the fear of judgment! A firm believer of a progressive, liberal Pakistan, she proved her conviction with her contributions.

It was in 2001 when Poppy’s struggle with cancer began. She fought with it for 10 years and celebrated being cancer-free in 2011. In 2012, the illness returned and only grew.

Her friends and associates remember her for her warmth, her generosity with her friendship, and her ability to reinstate your faith in yourself. Nadine Murtaza, educationist and co-founder of Dhere Bolo, a 21st century children’s publishing house, remembers Poppy making everyday feel like spring.

"She made every impossible dream seem like it was just around the corner," said Nadine. "Poppy made me feel like I was the most gifted, special person she knew, but when I look around Kuch Khaas, I can see dozens of people who have also been made to feel the same. She must have been a superhero to open her heart so much to people."

Tülin Khalid-Azim, theatre actor and core team member at Kuch Khaas, recalled how good manners and being well presented were important for her.

"It’s more than just about how you look; it was never a shallow concern," he tells us, "She felt frustrated when young people didn’t know how to say salaam or greet someone properly, or speak clearly and graciously. She always met everyone enthusiastically herself. There was nothing a nice shower couldn’t fix, or red lipstick and getting your hair done, for that matter. Always put your best self forward. Smile. It doesn’t cost a thing. In the winter, I always feel unreasonably cold, and one day I came in with two different coats on. She looked at me and said, ‘I’m sorry, I can’t take you seriously right now. You look like a hobo!" I burst out laughing, and that memory still makes me grin. Typical Poppy!"

"The day we found out she passed away, our team congregated at Kuch Khaas," Tülin shared, "We were all in grief, crying with runny noses. And then in walked our coworker, Aashir, dressed in his workday best and a crisp white shirt. ‘She would have been upset if I came in looking a mess’, he said. What a beautiful way to honour her. Like children, we sat and talked of her perfume, her red lip crayon, and her love of all things bright and colorful. Thank you for filling our lives with so many colors, Poppy. You were a sunshine yellow, through and through."

Musician/theatre actor Natasha Humera Ejaz said that she would have given up on a lot of her dreams had she not met Poppy. "Poppy was a nurturer and a healer and she did everything in her power to make a difference," said Natasha, "She left a legacy for us to uphold. If we can manage to become one-tenth of what she was, then we may just be on some kind of right path."

Poppy lived a fulfilling life and wasn’t afraid of death. Back in 2012, she wrote, "As for death, no point worrying about something we have no control over - any one of us could die today or tomorrow or in decades, who knows when or how? What I do know is that I have been blessed - getting cancer has made me appreciate my life even more, it has brought me closer to the people I love and who love me. It has made it easier for me to sift out negative emotions and negative forces in my life and has brought me closer to God. Being forced to face my mortality has made life even more worth living." She was an inspiration while she lives and she will continue to inspire many from far away. But one thing is for certain: she left a void in Islamabad that nothing and no one will be able to fill.

A Poppy To Remember