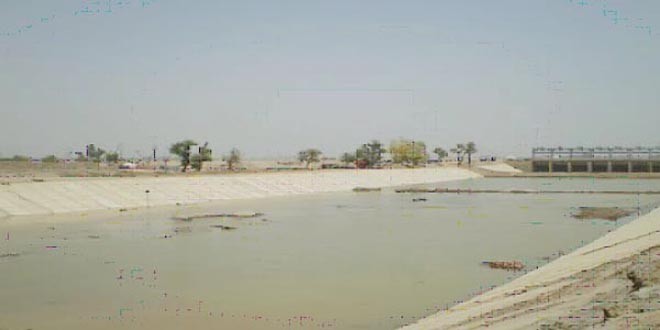 Council of Common Interests (CCI), the highest forum to decide disputes among the federating units and to approve/review intra-provincial projects, has been postponed for the fourth time, perhaps till March 10 (a tentative date).

The ten point agenda to be laid before the CCI is to be discussed and decided by the CCI. The incessant delay in the meeting gives an impression that the government doesn’t intend to summon the meeting. It seems issues like home and population census, petroleum policy, LPG distribution and amendment in Indus River System Authority (IRSA) will remain unattended. Perhaps the federal government, being a beneficiary of delay in deciding matters like transfer of gas royalty (increased percentage) and LPG, do not want to address these issues. Secondly, there is no political mileage in taking up these issues in the CCI.

The Council of Common Interests comprises of the prime minister who shall be the chairman of the council, the chief ministers of the provinces and three members from the federal government to be nominated by the prime minister from time to time. Representatives of Gilgit-Baltistan and Azad Jammu Kashmir are invited as observers. According to Constitution of Pakistan, the council shall be responsible to Majlis-e-Shoora (Parliament) and shall submit an Annual Report to both houses of Majlis-e-Shoora (Parliament).

Former minister Inter-provincial Coordination and key player in getting the 18th Constitutional Amendment passed, Senator Raza Rabbani said, "The delay in meeting of CCI is violation of the constitution. This issue has been raised several times in the parliament."

Water shortage and its distribution among provinces is a hot issue. An Amendment in the Indus Water System Authority Act, 1992 was deferred in the last meeting.

The first item on ICC agenda is review of allocation of water to twin cities -- Rawalpindi-Islamabad -- and inquiry into the corruption charges in the construction of Kachhi Canal. Residents of the twin cities are facing shortage of water. They are forced to drink contaminated water stored in reservoir of Simly Dam and Rawal Dam.

In August 2013, the federal government had constituted a panel to investigate the allegations of corruption in the execution of Kachhi Canal Project -- the cost has increased three-fold to Rs59.3 billion. The project had been designed to irrigate 713,000 acres of land in Punjab and Balochistan. A main 500-kilometre canal with 6,000 cusecs water capacity is under construction. The project commenced in 2002 and had to be completed by December 2013, but so far the work is not even half way through. The project approved at a cost of less than Rs20 billion is now costing Rs59.3 billion. Some of the committee members assigned with the task to investigate allegations of corruption are allegedly involved in the project themselves and may be responsible for escalation of cost.

Short supplies of water in the Pat feeder and Khirther canals in Balochistan need attention. The province has time and again complained that it is not being provided the promised share of water. Who will care for poor farmers of Balochistan who are living below the poverty line?

Another major issue on the agenda is the right of purchase of 20 per cent shares of PPL, OGDCL and SSGCL at their face value under the Aghaz-e-Haqooq-e-Balochistan. This share can increase Balochistan government’s revenue. A major decision to be taken by the CCI is sixth population and housing census. Pakistan had its last population census in 1998. A fresh census is required for better planning after every ten years.

Public debt management and supervision policy is also an issue to be discussed by the CCI. The purpose of this policy is to keep strict control on government borrowing and federal government would never like to have a check on its decision-making.

Water shortage and its distribution among provinces is a hot issue. An Amendment in the Indus Water System Authority Act, 1992 was deferred in the last meeting. Similarly, another major issue to be decided by the CCI is Pakistan Oil (refining, blending, transportation, storage and marketing) Rules. This issue needs immediate attention of the government. Ministry of Petroleum is also awaiting some decisions by the CCI on Shale Gas interim framework.

LPG production and distribution policy 2014 has yet to be discussed and finalised by the CCI. Petroleum Policy 2009 and 2012 and Model Petroleum Concession Agreement need amendments, and the Ministry of Petroleum and Natural Resources have already proposed some amendments. These amendments have to be endorsed by the CCI, if it can meet in the near future.

Musharraf regime had abolished district magistracy in all the four provinces through well-publicised devolution of power system. The PPP government decided to get rid of this system and restore the Code of Criminal Procedure 1898. Under this amendment magistracy has to be restored. Two provinces have done that but a decision has to come from the CCI forum so that all provinces can restore it, but who has time for such decisions?

After the 18th Constitutional Amendment, some lacuna came to the fore in handling higher education. This clarity has to come at a forum like the CCI. TNS tried to contact the Federal Minister for Inter Provincial Coordination (IPC), Mian Riaz Hussain Pirzada, but he could not be accessed despite all efforts.