Our bowling as always remains our strongest point and given the batting clicks, the bowling will go from strength to strength as the tournament progresses 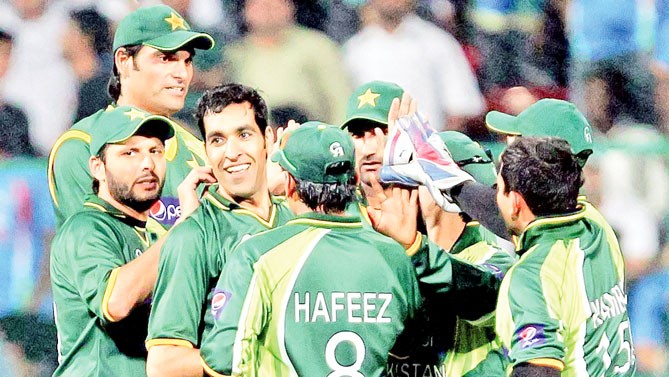 Pakistan’s defeat to India in their opening encounter as a result of batting collapse was no surprise at all. Even though Sohail Khan and Wahab Riaz did an excellent job of pulling back the Indians in the last ten overs of their innings, we always knew given India’s strong batting line up it would be a high scoring affair and so it was.

I will not go into the debate of what would have happened if Kohli had been caught for the simple reason that it’s all part of the game. Great teams don’t take into account such instances and continue to perform. However, unfortunately for the Pakistan team, greatness seems a far cry.

For a team that has been preparing for the World Cup for the last year or so, one would presume that it would at least have its batting line up sorted if not the final eleven.

What boggles the mind more than anything is that we decided to leave out Sarfaraz who has been performing consistently over the past year, both with the gloves and the bat and sent Younis Khan as an opener.

If we had to experiment with the opener’s slot, we should have gone with Sarfaraz and Shahzad, a combination which we have used in the past and which worked reasonably well for us.

I can’t even begin to imagine the kind of impact it would have had on Sarfaraz’s confidence, which can be only damaging for a player at the World Cup. I just hope Sarfaraz is able to recover from the setback and focus on his game against the West Indies.

Another player who suffers the wrath of not playing a regular keeper is Umer Akmal who is yet to justify the immense talent he possesses -- something the experts and the fans have been talking about for years. He has performed time and again but never seems to go the distance. For some odd reason he always looks in a hurry and hardly ever paces his innings.

He is then thrust upon with the additional duty of wicket keeping and when he spills a catch and that too of someone like Kohli, his confidence diminishes for the entire game. As a result he is not able to perform with the bat and is caught behind playing a half-hearted defensive shot.

It all boils down to playing the right combination and most importantly knowing before the game your batting line up. However, we must look forward to the remaining matches and hopefully learn from our mistakes.

We should induct Sarfaraz in the team irrespective of where we play him; a regular keeper is a must come what may which would ease the burden on Umer and allow him to focus on batting.

In the event a catch is dropped it is still justified in the sense that at least then the question of why a regular keeper wasn’t played does not arise.

It has come to my knowledge that the management has decided that for the remainder of the cup, Afridi will open the innings with Shahzad, while Jamshed will look after the No 3 spot.

With all due respect such a decision is again needless to say without any application of mind whatsoever. It baffles me that professionals like Moin Khan and Waqar Younis can agree to such changes.

I would advocate Afridi’s case for opening because I have always firmly believed that he can be more effective in the first power play -- inside the first ten overs because we can never be sure of our batting and there’s no guarantee that he will come into bat at the time of the second power play.

Plus if he pulls off the role, he will play a great role in damaging the line and length of the bowlers at the start of the innings.

I was hoping the management would apply their minds and send him to open against India, surprise the opposition, make them think, but alas such brainstorming is something we rarely do whether before the match or during the course of one.

But I would rather have Afridi bat at number six or seven than spoil a genuine opener in Jamshed. It is almost tantamount to doing what we did with Hafeez, asking him to bat at No 3 while Shahzad and Jamshed opened the batting. That move was nothing short of suicide! You cannot have three openers in the team. But the only reason why we stuck to it was that Hafeez was a bowler as well. For me he has never been and never will be an opening batsman save for flat tracks.

Now that we have someone in Younis who ought to be persisted with, we should not experiment with the likes of Jamshed at No. 3.

In my opinion, our top five batsmen should be Afridi, Shahzad, Younis, Misbah and Sohail. With this order, we can post decent totals and even chase targets. Our bowling as always remains our strongest point and given the batting clicks, the bowling will go from strength to strength as the tournament progresses.