I had a roommate…

Often, what we leave behind is anonymous silence 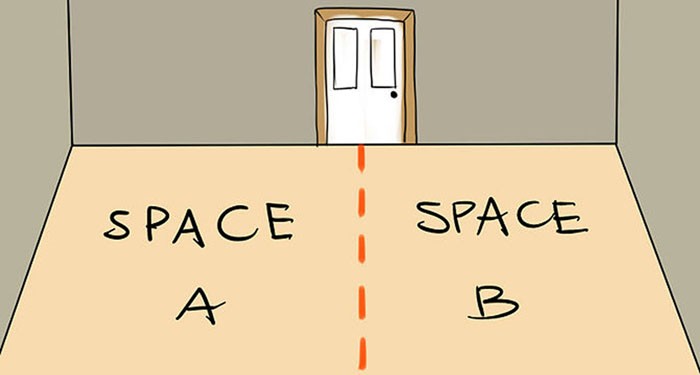 I had a roommate. We shared a two-bed apartment for over five months. When he moved in, I hardly knew anything about him. Now that he has left, I still know little about him, except obvious things like what his name was and where he was from.

He was a quiet man and kept to himself. With nothing left behind from his belongings on the wooden floor in his room, I can still see him and how his room looked like until this morning.

A computer engineer, he would always be found sitting glued to his laptop screen, focused on some assignment the one moment, some film the other. His laughter, while watching an episode of The Big Bang Theory, or even his fast way of talking were the only interruptions in the otherwise perfect silence of our apartment. His carefree laughter would create ripples. Now that he is gone, his absence resonates.

When I got up a bit late this morning and went in the kitchen to make coffee, I was surprised to see the kettle missing. Then I remembered that the kettle was one of his possessions. I checked other things; they were not at their usual place -- his cutlery, food stored in the fridge, and his tissue rolls. The dish washing liquid bottle was also missing. Almost half of the space around the washroom sink was empty, conspicuous of what was not there now.

When I saw his stuff packed in the drawing room I was, like, "Oh, he is going!"

I knew he had called in a van to move his things to the other apartment he had now rented. He said his family (wife) was coming to live with him and so he had to move out.

I don’t think I will miss him. A comfortable silence was all we shared with each other. When he had moved in, he asked me if we should make some rules for the apartment. I said we could do whatever we liked in our own space. And, we should make sure that the other person is not disturbed during exams.

Putting the rules business aside, I told him that he should consider the entire apartment to be his. He laughed out loud. He’d got it. He didn’t say a word about rules afterwards.

He was a religious man who said his prayers regularly, despite any music playing in the background. He never objected to what I did or who I brought in. He was very particular and he would privately send me a message on email if he wanted to remind me about any payment of utility bills, even when we were together and right there in the same room.

I can still see the modem and light blinking on it (indicative of the internet supply) in one corner of what used to be his room. Internet was oxygen to him, he once remarked.

The van had arrived. I helped him with his belongings. They weren’t a lot; just a mattress and a few boxes. I didn’t even know what and when he had done the packing -- I must be asleep -- but he carefully left everything what was mine.

When I told him I would invite him for a farewell dinner, he said ok, with a calming smile on his face. And, then he went away.

Though we hardly depended on each other for company, I miss the ‘silence’ we shared. I have had my cigarettes, laptop and books for company. I still do. But now his share in the silence has become louder.

With hardly one day gone by without him, different parts of the apartment speak for him. He left his marks in the space, giving it his own identity.

I recently got a message from an American guy who I have accepted as my new roommate. He is a fresh university graduate and works at a store. Once he settles in, I know my ex-roommate’s marks shall gradually be replaced. Someday I too will leave this apartment and no one would know who we were, except the apartment.

We leave behind our marks wherever we lived. We give those places our own identity. Some times there is someone left behind to miss someone and document it. Often, all there is to preserve -- and what we leave behind -- is anonymous silence.

I had a roommate…