Zee Zindagi has most viewers glued to their TV sets at 8pm every night. A view from across the border 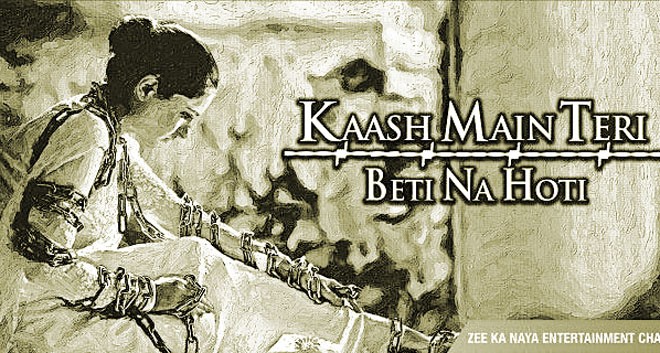 "The greatest problem with good tv dramas is that you have to structure your life around them," said the great French Sociologist Michel Foucault many years ago. My mother said something similar a few days ago while explaining the expansive plot of her new favourite Pakistani tv drama airing on Zee Zindagi to her friend on a long distance telephone call.

My mother and other women in my family (and most men too), her friend’s families and everyone she knows, only watch Pakistani dramas on television these days. When I asked her why does she watch them, my otherwise reticent mom said: "it’s because of the stories; the writing is so powerful, simple. These dramas transport you to their world; a world which may be Pakistani but a world whose rules you understand. A world whose nuances of language and culture are like your own and whose issues are similar. The stories begin brilliantly and end subtly with beautiful Urdu all the way through. What more can you ask for?"

Kashaf’s life portrayed in this drama is one of constant struggle. This drama had everyone glued to their tv sets at 8pm here every night. Our first foray into Pakistani plays showed us a glimpse of a society where being a girl, and a poor girl at that, is considered a burden, and where girls and boys are not allowed to mix as easily. One aspect which really hit a chord with people here in India is the belief in education being a great leveller. People were elated when Kashaf calls her mom to tell her of her success in the civil services exam.

The other aspect which people really found fascinating was the conversations the lead actors would have with themselves -- the probing existential questions about the nature of their lives and why were they like this etc.

It was tv writing at its finest and something not seen on Indian television in ages. Indian audiences were now hooked, ready to devour anything coming their way. Zee Zindagi did not disappoint them.

Maat was the next great play from across the border. Two sisters competing for the same man was not something the Indian audiences were used to and lack of agency in a woman’s life was a bit scary too. But the novelty of the plot and great acting won it many fans. Kaash Mein Teri Beti na Hoti was a glimpse into deeper societal problems and problems that we in India are trying to overcome every day; a society where the poor for centuries have had no voice and which is starting to awaken.

Dhoop Chhaon was a very contemporary look at married life in upper middle class Pakistan, a strata of society where women and men are both well-educated, confident and ambitious. It was a story of conflict between what women of today want and what the men of today desire their women to be like. The superlative performances by the females in the drama Nadia Jamil, Sameena Peerzada and Sanam Baloch, where they link up the past with the present, show us the distance women have travelled and the distance still left in this journey of true gender equality. This play had a theme which working women and homemakers could both identify with; the struggle to be more than just your assigned gender roles.

Television is ultimately a writers’ medium but in Pakistan, I feel, it attracts a lot of talent from all areas of the moving picture industry. The amazing storylines, subtle direction, world class acting and great production really make Pakistani dramas a force to reckon with.

Many in India lament the days of the great dramas on our own tv screens, the era of Buniyaad, Neem ka Ped, Tamas etc. but, in this world of a hundred cable channels, mediocrity has become the norm and lowest common denominator the ultimate selling point. With its tumultuous politics and deep societal problems, Pakistan can certainly be very proud of its television plays and we in India are very thankful to it for saving us from the tyranny of Ekta Kapoor’s horrid tv in-laws.