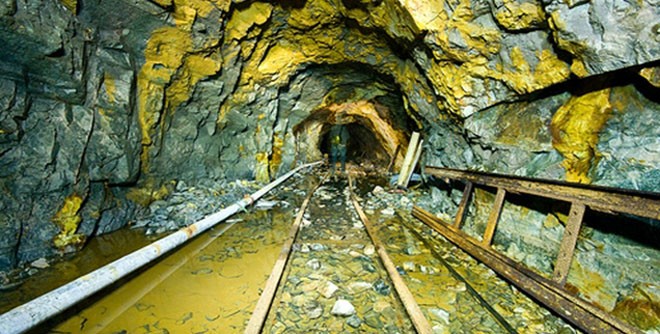 Most, if not all, wars are fought over or have some link with natural resources. All other ostensible reasons and excuses are mere fig leaf. The trait does not characterise only prehistoric eras but dominates the course of history of modern states.

According to a study by the Canadian government, between 1937 and 1996, some $15 billion worth of diamonds were exported and sold from Sierra Leone. Yet the people of Sierra Leone live on about 30 cents a day.

The situation is not very different in Pakistan where more than 180 million people are blessed with unexplored wealth of natural resources. The deposits that have been discovered so far have not helped ameliorate lives of impoverished millions, mainly because resources are captured by the ruling oligarchy of the post-colonial state. This broad daylight burglary had been sanctified through constitutional and legal cover.

Smaller provinces, especially Sindh and Balochistan, have been crying foul for decades that their minerals are being exploited without benefiting the masses. This explains why oil and gas producing talukas/districts of Sindh and Balochistan are conspicuous by poor indicators of human development.

Major oil and gas producing areas of Sindh, such as Badin, Nara taluka in Khairpur, Saleh Pat in Sukkur, Ghotki, Sehwan, Thano Bula Khan talukas in Jamshoro and Johi taluka in Dadu are mostly under developed and communities surrounding the oil and gas fields live in primitive conditions.

Strangely, while ground water of one province is not included in the national pool of water, oil and gas resources of small provinces are brought under the canopy of national resources. Until the 18th constitutional amendment, oil and gas were fully controlled by the federal government.

The 18th Amendment recognises equal share of provinces in the oil and gas resources. Article 172 (3) reads, "subject to the existing commitments and obligations, mineral oil and natural gas within the Province or the territorial waters adjacent thereto shall vest jointly and equally in that Province and the Federal Government."

Article 158 of the Constitution further recognises rights of the provinces. The Article reads "Priority of requirements of natural gas: The Province in which a wellhead of natural gas is situated. This landmark amendment has bolstered provinces’ share on their resources.

However, the centralised mindset of federal bureaucracy and certain orthodox politicians demonise this amendment and are trying hard for its reversal. The federal government also unilaterally imposes gas infrastructure development cess, which is being resented by provinces as an act in contravention of the 18th Amendment.

The Council of Common Interest (CCI) is the constitutional body responsible to "formulate, and regulate policies" on the subject. However, in sheer violation of the constitutional stipulations, the federal government’s ministry of petroleum and natural resources has been "formulating and regulating" policies on oil and gas.

The bureaucracy of the ministry is now obfuscating the 18th Amendment and blatantly denying equal share of the provinces. Meeting of the CCI is being avoided to discuss the issue. Myopic federal bureaucracy lacks the sagacity to foresee implications of denying constitutional rights of provinces over their resources.

Thar coal is another example where the system has been manipulated to maintain federal government’s control. Since coal is a provincial subject, the treasure of black gold constitutionally belongs to Sindh.