A debutante and celebrity 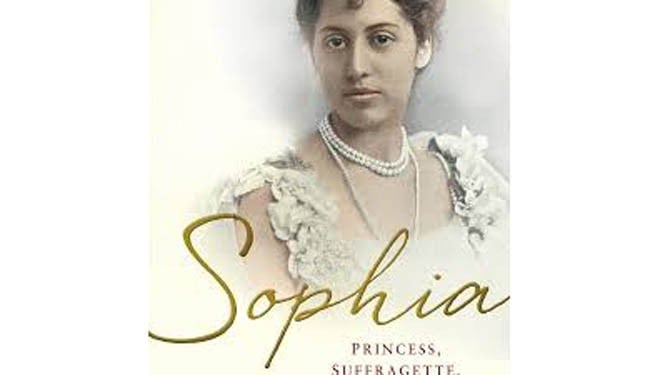 I’d never really heard of Princess Sophia Duleep Singh before coming across journalist Anita Anand’s biography of her (Sophia: Princess, Suffragette, Revolutionary), but what a fascinating story her life is!

Sophia (pronounced ‘so-fire’) was the granddaughter of Ranjeet Singh, the Sikh ruler of Punjab in the 19th century and the scourge of the East India Company and the Raj. After Ranjeet Singh’s death the next few aspirants to the throne died quickly in a series of mysterious ‘accidents’, so his young son Duleep Singh became the Maharaja ruling with his feisty mother Rani Jindan as Regent.

But the British managed to dispossess the young ruler and seized power and riches (including the Koh-i-Noor diamond) from the 11-year-old king. They also imprisoned his mother and put him in the care of a British family and exiled him to Britain.

Duleep Singh converted to Christianity and proceeded to live life as a princely kala angrez. He hobnobbed with his debauched friend The Prince of Wales (Bertie, later Edward VII) and lived much beyond his budget. He married a young Christian girl of mixed German and Albanian parentage and they had six children together, of whom Sophia, the youngest girl was Queen Victoria’s goddaughter.

Anand discovered Sophia and her place in the Suffragette cause quite by accident: she saw a photograph from 1913 in which a Suffragette was selling copies of the suffragette newspaper outside Hampton Court -- and she was intrigued because the woman looked decidedly Indian. She discovered the woman was Sophia Duleep Singh -- the princess who became part of a revolutionary cause.

Anand makes Sophia’s life into the story not just of a privileged princess but of an eventful time: a century of change and upheaval. Sophia, a debutante and celebrity of the time, discovered India and Punjab late in her life along with her sisters although the British government tried its best to keep them away from the land of their ancestors. Sophia became a Suffragette and fought on the frontlines of the battle to win women the right to vote, but she also took up the cause of the Indian soldiers who fought for the British in the First World War and she campaigned to improve the lot of the ‘lascars’, the merchant seamen used by the East India Company on their cargo ships.

Of all her siblings, Sophia was perhaps the only one who did something beyond just living a privileged and cosseted life, and actually did her bit for modernisation. One brother, Victor, married an English aristocrat and on Queen Victoria’s ‘advice’ they moved to France and refrained from producing any children; the other brother Frederick turned into a kindly and slightly xenophobic (!) English gentleman (also childless), while of the sisters the eldest settled in Lahore (she felt she had "come home" and is buried in Lahore) and the other sister moved to Germany to live on ‘intimate’ terms with their former governess.

So really Sophia was quite remarkable as she was able to ‘serve’ in a way that her other siblings could not, and she managed to transcend limitations of royalty and privilege.

Anand tells the story of Sophia’s life in a vivid and engaged manner and the book is packed with background information and historical and geographical detail. Its main subject may be a Princess Suffragette but above all this is a moving story of displacement and exile, of identity and history.