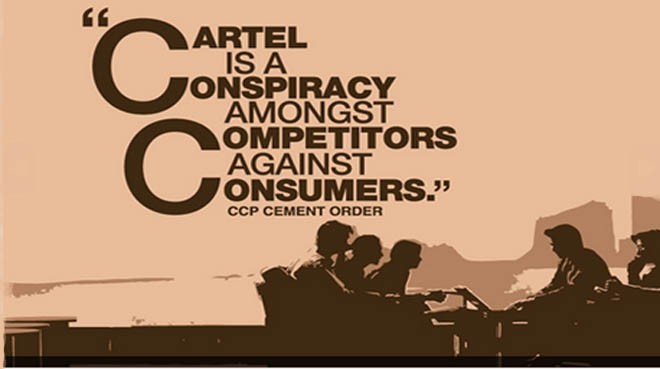 History of competition laws in Pakistan is not very old. Monopolies and Restrictive Trade Practices Ordinance of 1970 (MRTPO) is the first such law introduced in Pakistan and a Monopoly Control Authority (MCA) was set up under the law. It was only in the mid-1990s that the MCA started asserting itself, but had to face a lot of interference in carrying out its functions. It suffered from a chronic shortfall in funding and was also out of date for a modernising and rapidly-transforming market economy.

In October 2007, the Competition Commission of Pakistan (CCP) was established after dissolving the MCA to "ensure free competition in all spheres of commercial and economic activity to enhance economic efficiency and to protect consumers from anti-competitive behaviour."

It was a step forward towards regulating market economy, providing a level playing field, and ensuring efficient use of resources and protection of consumers. But respective governments, including the one that introduced it, have not supported the idea of having an independent CCP whole-heartedly.

For the first three years, an ordinance was promulgated three times before it was passed as an Act in 2010. "Governments were sometimes supportive of the CCP, but majority of government officials including bureaucrats and ministers were against it as many of them were supportive of cartels," says Khalid Mirza, pioneer chairman of the CCP.

"The current government of businessmen in Pakistan is interfering in its affairs. Several supporters of this government want to weaken the CCP and they have succeeded in doing so. This government did not appoint a regular head of the CCP for one and half year. I think now they would try to weaken the competition law which is a state-of-the-art piece of legislation," says Mirza.

It is true that the government of Pakistan had set up the Commission (CCP) under pressure from international financial institutions like World Bank. There has been no political ownership of the commission. A report of World Bank "Establishing A Functioning Competition Commission" issued in June 2007 asked Pakistan to expedite the conversion of MCA into a proposed Competition Commission for effectively regulating businesses and preventing anti-competitive conduct. "The evidence seems to suggest a major load of cartel investigation for the new Commission," the report reads, pointing out that cartels are the "chief impediment" to competition in Pakistan.

It was a step forward towards regulating market economy. But respective governments, including the one that introduced it, have not supported the idea of having an independent CCP whole-heartedly.

The CCP proved successful in the first few years of its inception -- in dealing with non-competitive activities in various sectors, including sugar, cement and textiles which raised several eye-brows. The anti-CCP interest groups accepted it grudgingly and in 2009 succeeded in making some crucial amendments in the law, allowing the guilty parties to appeal against the CCP’s decision in High Court instead of the Supreme Court.

The Commission succeeded in persuading the parliament to set up a Competition Appellate Tribunal where cases regarding the commission would be automatically transferred from High Courts. A former member of CCP tells TNS that during standing committees’ meetings, parliamentarians used to invite representatives of different cartels and business associations who proposed amendments in the CCP law.

"We had to listen to their grievances but at the end of the day we succeeded in keeping the real essence of the law intact," says the former member.

The CCP has been working under a weak support environment. The tribunal is non-functional after four and a half years. Autonomy of the CCP has always remained under threat. The Commission still lacks financial autonomy as it depends completely on government grant: as under the law all regulators like Oil and Gas Regulatory Authority, Securities and Exchange Commission of Pakistan are responsible to pay the CCP three per cent of the total fees and charges they collect annually. But, all regulators have declined to pay money to the CCP.

The government’s grant has been stagnant at Rs200 million annually since 2007 and almost 70 per cent of it goes into salaries of employees. The other major issues are poor competition advocacy, lack of human capacity in the CCP and slow judicial processes (slow implementation of judicial orders) with regards to the already pending cases.

From 2007 onwards, the CCP has imposed penalties/fines of Rs26.345 billion out of which it has only recovered Rs23.450 million as most of the decisions made by the CCP were challenged in courts and the guilty parties succeeded in obtaining stay orders.

"Economic matters have to be prioritised in higher courts and regulatory benches should be set up in the higher courts to expedite the process of litigation," Rahat Kaunain Hassan, former chairperson of the CCP and a leading legal expert on competition law, tells TNS. "So far, not even a single case involving the CCP has been decided on merit in courts. This is a major concern."

The Commission earned a lot of respect as an authority under Rahat Kaunain as it was twice ranked among top five countries for enforcement in Asia Pacific and Africa region along with countries like Australia, Japan and Korea. The United Nations Conference on Trade and Development (UNCTAD) also completed a successful Peer Review of the Competition Law and Policy of Pakistan with several recommendations for the CCP. The review recommended more financial autonomy to the commission and harmonising government policies with the competition law.

The successful Peer Review for CCP was a big achievement considering that it has a 45-member core team and not even a single of them is a chartered accountant. The commission though has powers to initiate suo motu action, in a majority of cases it has taken action only on complaints from disgruntled elements. It needs to hire more researchers and establish offices in major industrial and economic hubs like Karachi and Lahore. Though officials of the CCP and Ministry of Finance understand the issues, they have no solutions.

"The CCP is not on the priority list of the government," says a senior official of the Ministry of Finance. "Whenever we raise the issue of paying three per cent fee to the CCP with other regulators, they decline by plainly saying that it is mentioned in the law of the CCP, but not in the laws which govern them," he says, adding that present government is not pro-regulators. "The pressure from World Bank was a major factor responsible for setting up of the CCP, but there is no political ownership and that is why it has become almost a useless organisation."

Litigation has remained one of the major issues for the CCP as the very constitutionality of the Act itself has been challenged in different cases. "Ever since its inception, the CCP has been facing an all-out assault by big businesses. They first lobbied, though unsuccessfully, against the Competition Ordinance of 2007 being turned into Act in 2010. They were, however, able to wangle a provision of appeals in High Courts. Finally, they have challenged the very constitutionality of the Act itself," says Asad Rahim Khan, a Lahore-based lawyer who focuses on constitutional and commercial litigation including taxation and competition matters.

High Courts, in fact, cannot decide on any competition case before ruling on the constitutionality of the Commission itself. "This is because whenever the CCP would impose a penalty, big businesses would run to get a stay from the high court, with the smug argument that the CCP was unlawful; and the Act of 2010 was ultra vires of the constitution. This means that while the CCP is still breathing somehow, it can no longer recover penalties. In fact, it has not once thus far," Khan says.

"We need to decide it once for all. The CCP requires further strengthening. It is pitted against our most influential corporate concerns, all arrayed against consumers," he says.