Differences in generations are a part of every society. But in ours, the way in which violence is looked at appears to be a part of this change 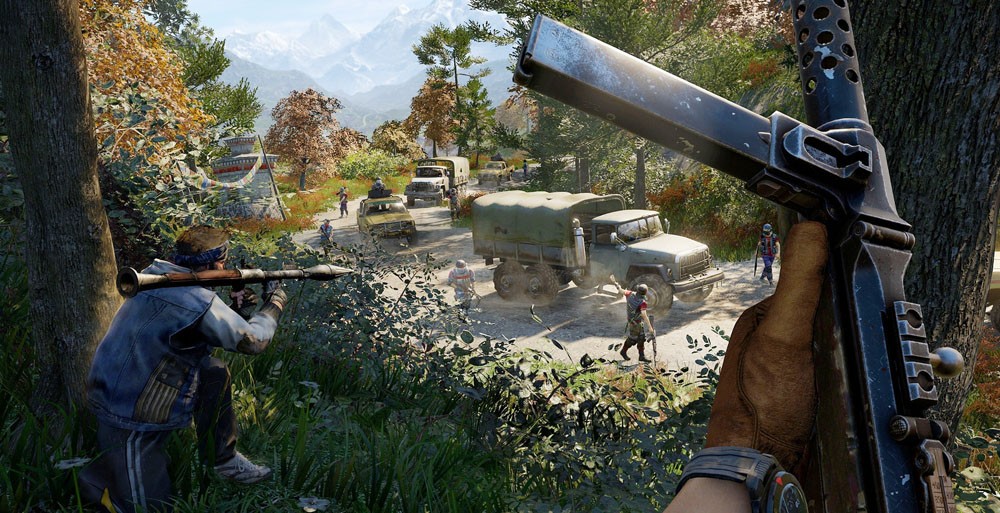 In response to the horrendous scenes that followed the attack on a school in Peshawar and the leaked footage that emerged on the social media, adults in many places broke into tears. These were not only parents but also old people who had never had children of their own but were simply shocked by what they saw on the screen and the manner in which the massacre was conducted.

Logically, one would expect children, especially young boys who would ordinarily empathise best with the 12 to 16 year old male pupils killed at Peshawar, to be most upset. But it seemed this was not the case, and macho cover up was not always at play. A broader look at the picture seems to suggest we are bringing up a generation increasingly numbed to violence and unable to grasp what it means in terms of real lives. In many ways, this holds as true for girls as for boys, with the generation coming up seemingly quite different to those that have come before.

Is this simply a survival response caused by the kind of society we have become? Are young people left with no choice but to develop a shell which shields them from violence by pretending it simply does not exist? After all, all those under 40 have known essentially little but sporadic periods of violence: under General Ziaul Haq; as a result of militant violence and as a consequence of growing crime in a society that has become more and more brutalised over time.

The process of brutalisation is significant in many different ways. The reaction to violence is different to what we would ordinarily expect. Take a playground discussion between a group of pre-teen boys held soon after schools re-opened on January 12. One waved a handful of tomato ketchup sachets before his friends, and stated half matter-of-factly, half jokingly that they could spill the red sauce on their clothes and pretend to be dead if terrorists began a killing spree at their school. The small packets were divided between the boys. Yes, fear lurks within this game but also an acceptance of brutality. It comes from even younger children, with a tiny three year old predicting she would be killed at school -- just like the people her older siblings "kill on the computer."

It is not just events around us that create this. An astonishing number of parents seem unfamiliar with the potential risk of video games - and the fact that like movies they carry ratings, meant to represent suitability for age. Yet games such as the ‘R’ rated Grand Theft Auto (GTA) continue to be played by children as young as nine or ten.

An astonishing number of parents seem unfamiliar with the potential risk of video games -- like movies they carry ratings, meant to represent suitability for age.

This game, fifth in the series of the game for X-box, appears to promote violence against women, with female figures appearing in it cast as strippers, hookers, crazed feminists and in other similar roles. This version of GTA, as the immensely popular series is known, has been pulled off shelves in stores in Australia and Europe on customer complaints. It is widely available at home.

So are other games which contain immensely violent content, including beheadings by ‘virtual’ figures that would make ISIS proud.

The hours spent playing these games are growing for children around the world and their immense popularity is disturbing. Links have been established in the US between video games and a ‘loss of reality’, which seems to be associated with incidents of school shooting and other irrational attacks. The games are in so many ways highly addictive, and those who have fallen into the Candy Crush Saga trap will testify to this. Add in an element of violence - and we have a recipe for trouble.

A child psychologist says she has been consulted by parents about the impact of such games and the question of how to free their children from them. She concedes there is a lack of expertise, with the problem only now being taken up in the West. But kindergarten teachers say the evidence of the impact being had is quite visible, reflected in the drawings turned in by children. It moves on to being incorporated into the written work produced in later years.

To a considerable extent this is a global phenomenon, seen virtually everywhere around the world, among children with access to modern means of entertainment. The beginning may come with cartoons, some of which can be quite astonishingly violent, and then moves on to movies and television programmes, books too.

The material young people and children turn to today has changed markedly. This of course is a natural process; change is natural - a part of society. It has brought positive changes too with gender roles more flexible, girls and women more empowered. The ‘closed’ concept of what constitutes ‘family’ has altered too, as single parenting and parents of the same gender enter the mainstream.

That is good news. The ongoing brutalisation of society and the acceptability of violence is not. At least in the minds of the very young what happens on a screen and through the use of a console is not always distinguishable from what happens in the real world. Particularly, in our social context, we do not need women to be portrayed as lesser, immoral beings. We do not want to make gory deaths acceptable, and this is something that needs to be given more thought as we contemplate why we are less and less moved by violence.