‘Detoxing’ has been debunked. Maybe it's time to debunk that 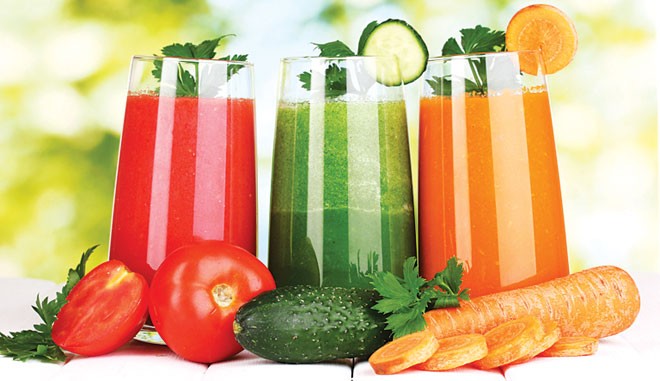 A few years ago, probably the most irritating thing about New Year’s Day was running into people who couldn’t resist telling you about their January detox plans: how they’d decided to eat only raw foods, undergo a juice cleanse, subsist entirely on super foods or expel liver toxins by means of special yoga poses. These days, though, there’s a competing source of irritation: people gleefully informing you that detoxing isn’t really a thing. Surely you’ve heard the news? It’s been debunked!

We live in the Age of Debunking: no sooner has somebody made a false or hyperbolic claim online (resulting in clicks) than someone else announces, with an air of triumph, that they’ve debunked it (resulting in clicks). I plead guilty. And often enough, debunking is a noble pursuit: the idea that we only use 10% of our brains, to pick one example, is flat wrong, and people who believe it ought to be corrected. No convincing evidence of a Benghazi conspiracy has ever been unearthed. Marie Antoinette almost certainly didn’t say "let them eat cake".

But the internet’s enthusiasm for a vigorous debunking now frequently spills over into what you might call the pseudo-debunk. Sometimes, this involves cynically claiming you’re debunking when you’re really just disagreeing - thereby implying that your opinion is more than mere opinion; it’s "the facts". More common is the debunking of claims subtly different from those originally made. You may have learned, in recent months that you can’t actually become a world-class expert in anything you like, merely by putting in 10,000 hours of practice. But do you realise that nobody really said that in the first place?

Which brings us to detoxing. It’s a tricky one, since there’s undoubtedly a lot of poppycock here and the occasional bit of truly dangerous advice. Your intestines aren’t coated with hardened plaque made of feces, so you shouldn’t get a colonic irrigation to flush it out. Extreme fasts can be hazardous. It is indeed "medically futile" to go liquor-free for a month, if you imagine that this will remove toxins from your liver for the long term. (In any case, flushing toxic substances from your body is pretty much your liver’s job description.) There’s little evidence that specific "super foods" combat specific diseases. And sorry, but yoga won’t "rinse your spine", whatever that means - though, now I dwell on it, my spine is starting to feel like it could do with a rinse.

So far, so debunked. But there’s a risk of throwing out the baby with the toxin-infested bathwater. After all, what proportion of New Year detoxers seriously believe you can coax nasty chemicals from your body by means of special detox foot-pads? Every "dry January" proponent I’ve ever spoken to, meanwhile, was doing it to prove to themselves that they could make a decision about caffeine consumption, then stick to it. (When I’ve given up caffeine for weeks at a time, it hasn’t been out of a conviction that coffee pollutes the temple of my body; it’s because it heightens the pleasure of drinking it again afterwards.)

And while disease-specific super foods might be a myth, nutrient-dense "powerhouse foods" like watercress and chard aren’t - though, shockingly, research suggests that blueberries aren’t on that list. Eat more of those very-healthy foods, and fewer fast-food cheeseburgers and potato chips, and you’ll probably be better off. But don’t forget to refer to it as "clean eating" in order to drive the debunker in your life into an entertaining rage.

Even if the only thing your January detox delivers is an empowering sense of being a person capable of making choices, rather than being enslaved to impulse, it might be worth it. You can certainly take things too far: believing that your environment and the contents of your fridge are out to poison you is a pinched and miserable way to live. But at its best, the age-old religious tradition of renunciation - found everywhere from Ramadan to Lent to Buddhism’s "five precepts" - isn’t about neurotically regarding pleasure as dangerous or shameful. Instead, it’s about voluntarily deciding to deny yourself certain easy forms of escapism and distraction, in the belief that facing up to reality without them, for a short time at least, might prove beneficial.

Don’t be an idiot: there’s no reason to start trying to survive on sunlight alone, or anything like that. But at the same time, don’t let yourself be debunked into abandoning your plans for a January light on caffeine and heavy on kale, celery and ginger. And whatever you do, please don’t try to debunk this column, which has been an effort at debunking debunking. If you do, you’ll be guilty of debunking a debunking of debunking, which, according to Mayan astrology, may trigger the Apocalypse. Happy New Year! – The Guardian

‘Detoxing’ has been debunked. Maybe it's time to debunk that