Who killed the music?

Was it the turmoil throughout the country or the chaos within the music industry itself…what caused the downfall of what could be Pakistan’s most creatively powerful voice? 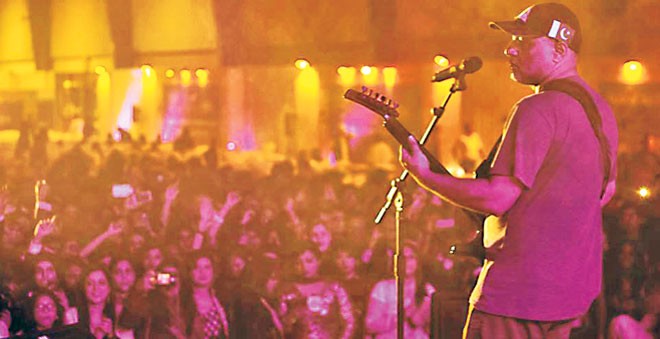 The year 2001 saw the Pakistani pop music scene building momentum before suddenly exploding into full throttle by the year 2003. Weekends used to be tightly packed with concerts and shows, to the point where musicians would sometimes be juggling two performances a day. Fans would fight over which band was better, EP or Aaroh, while everyone had memorized each and every song’s lyrics from Noori’s debut album, Suno Keh Mein Hoon Jawaan. Fuzon came out with the classic ‘Ankhon keh Saagar’ and every youngster wanted to be a drummer just like Gumby. Zulfi would oscillate between EP and Call but we didn’t mind because both  bands were so damn good. Then just as suddenly as the pop music wave had come to the shore, it retreated back into the water and disappeared with a deafening silence.

Where did all the musicians go? It seems as though they never existed. Where is Ali Zafar’s comeback to ‘Channo’, or the dream that Noori would actually get back together for good? TV channels are blaring popular Bollywood item numbers instead of Pakistani music and it seems musicians only wake up when Coke Studio approaches them and then they go back into deep slumber once the season’s over. Websites such as Koolmuzone and Pakmusic.net were once a hub for concert posters and new video releases but now they either run stories about songs musicians are making for Bollywood movies or about how ‘Ali Azmat has been blessed with a second daughter.’ Gone are the icons, the concerts, the battle of the bands, the videos and the adrenaline. Instead, we have one hit wonders and Atif Aslam wannabes. And of course, Coke Studio.

Who do we blame? Musicians won’t take full responsibility for this loss. They believe the ‘system’ killed the music. Junaid Khan, who is now a full time actor, starring in many TV dramas such as Khuda Na Karay and the recently concluded Firaaq was once the lead vocalist of the band Call. Call’s entry and exit into the music scene can be used as a metaphor for what happened with the rest of the industry. The band went through many break ups before finally emerging with their award winning single, ‘Nishaan’ in 2003. They then released their album, Jilawatan, in 2005 and soon became huge icons.

"We used to do nearly five or six shows every month. Every weekend would be booked," recalls Khan, as he paints a picture of the number of concerts that took place back in the day. He claims he made more money as a musician than he does as an actor, as concerts take two to three hours a day whereas acting requires weeks, sometimes months of shooting.

"As a rock musician, I only had shows on weekends, but mainstream artistes would perform every day, sometimes even twice a day," Khan adds.

The band’s fame took them to India, where they began producing songs for Bollywood movies, and to the corporate world, where they started producing jingles for various brands. Then the band fizzled out and soon enough, parted ways.

"Of course there was band politics," Khan admits. "Many other bands had begun to fight amongst themselves. Some would be upset over the fact that they weren’t getting enough limelight while others would fight over other issues. But when there is so much frustration amongst people, of course they will fight." Why does Khan think musicians were becoming frustrated? Because musicians were slowly losing business. Records labels and TV channels, which are supposed to push the industry forward, simply set it back even further.

Khan points a finger at Fire Records for its hand in monopolizing the music industry while maintaining that the record label wasn’t the only problem.

"All over the world, record labels work in a similar way," he says. "They own the content that musicians make. However, the problem arises when there is only one major record label that exists as that creates a monopoly of power."

Fire Records was the biggest record label in its prime: It had signed up most musicians and bands and produced two to three albums per artist. Call also produced its second album with Fire Records. The record label apparently had some unreasonable demands.

"What started happening was that Fire Records would only allow the channel Aag to play their songs for free and would sell their songs to other TV channels,’ Khan recalls. "Now why would TV channels pay for content when they were getting free, pirated Indian content?"

Khan adds that TV channels also played their role in encouraging this monopoly of power.

"PEMRA needs to tighten its laws as most channels play downloaded content on TV. How can we compete with the powerful Bollywood industry that has budgets worth hundreds of millions of rupees for their films?" In comparison to Pakistani videos, Bollywood item numbers received much higher ratings. Therefore the demand for Indian content grew amongst viewers. Khan believes that people respond more to image than simply audio, which is why TV channels are instrumental in creating icons. But when channels aren’t glorifying their own icons as much as Indian songs, there will be no ‘band image.’

He isn’t the only person who says so. Danish Khawaja, President of ARY Muzik, also agrees that Fire Records had stopped paying royalties.

"Fire Records withheld payments to so many artistes. They didn’t pay their royalties; they didn’t pay for their videos." However, he disagrees with Khan in the claim that TV channels were playing pirated Indian music. "On the contrary, we have to adhere to strict copyright laws when acquiring Indian music," explains Khawaja. He sees the problem with the record labels, particularly Fire Records. "Fire Records had become so big that it had started to monopolize and then blackmail all other parties involved in the industry," he further claims.

The label had started to control all the musicians, therefore all the content soon came under their hands. "Musicians became greedy; they saw money coming in so they quickly signed off all their rights to the label. Then when the label started to exploit them, their hands were tied," says Khawaja, who goes on to claim that the label was even trying to control the channels.

"They would want to go through all our schedules and playlists. They would ask for royalties on any branded content we ran on television. If we played a ‘Top 10’ and five or six songs from that list were by Fire Record’s artists, they would ask us to pay them." And then the money wouldn’t even reach the artists.

Dr. Akbar Yazdani, former CEO of Fire Records, rubbishes all these claims. He says the label didn’t own the artists and didn’t steal any money. "In this day and age where parents don’t own children and husbands don’t own wives, how can I own musicians? Is it possible that I can steal your money if you’re a huge celebrity and you won’t do anything about it? If musicians claim we stole their money, why did they continue to work with us?"

Dr. Yazdani explains that all over the world, the copyright laws claim that artists have no right to the music. "How is that fair then? The label spends a lot of money on producing that music and then distributing it. It needs money for video production and studio fees. So much money goes into creating just one song." Therefore artists receive money proportionate to the effort they put in. Also, the label then acquires all the rights when it comes to where and how the music will be played.

"The problem lies with us. We stopped respecting our own talent. We want someone to tell us that our talent is good. Look at Mehdi Hasan; no one respected him until he sang a song with Lata Mangeshkar." Yazdani also believes that Indians had a large role to play in corrupting the Pakistani market. "Indians are constantly touring Pakistan for talent because they know we have great music. Feroz Khan started this trend when he got Nazia Hassan to sing ‘Aap Jaisa Koi’ for his film Qurbaani. That song brought the audience to the cinemas." The music of the movie has the power to make it a hit or a flop, according to Yazdani.

Therefore all Pakistani musicians, not only the big ones, started going to India. Call went and did ‘Laaree Chotee’ while Omar Inayat sold ‘Tenu Le Ke Jana’ to the Bollywood film, Jai Veeru. "But suddenly, Indians decided to stop bringing Pakistani music to their films. Now they only work with the big names like Atif Aslam and Rahat Fateh Ali Khan." He then goes again to blame TV channels for playing Indian content.

"It’s a vicious cycle," admits Khawaja, as he feels everyone needs to take equal responsibility. The channels, the record labels, even the musicians. "Where are all the musicians now? None of the big musicians have released or produced anything local recently."

He also paints a grim picture of the fragments that remain of the once thriving pop music scene of Pakistan. "Music channels are being forced to shut down because they don’t make any revenue. It’s a simple case of economics." But what about artists that still give their videos to music channels? Do they receive any royalties for their work? "Currently, there is no royalty formula in the industry. There are no record labels so there is no one collecting payments." Unfortunately, TV channels aren’t the only ones who do this; most radio stations now play pirated content on their stations, though they don’t admit it as openly. International radio stations play royalties to Pakistani artists, such as the BBC, which pays Pakistani artists every time their songs are played on BBC’s shows, but sadly, Pakistani radio stations don’t follow the same practices.

"The band culture died," says Khan rather bluntly. The security situation only added to the problem. "Previously, concerts used to be publicly advertised. Now, even when concerts do take place, no one even knows about them." Yazdani recalls the 2005 earthquake that hit Pakistan as the turning point. "I don’t know what happened but after that earthquake, everything started going wrong. The lawyer’s movement followed the earthquake and then soon after the whole country got engulfed in political turmoil, leaving no space for concerts and bands and music."

While the blame game continues and all involved parties share responsibility for the music industry’s sorry state, we must ask ourselves the quintessential question: what now? Is there still time to bring back the music, or has it truly died? Will musicians keep playing songs of yesteryear or can we hope that they will give us something new? Till these questions aren’t answered, the Pakistani music industry waits and while it waits, we all mourn the death of the grand entity that it could have been.

Who killed the music? 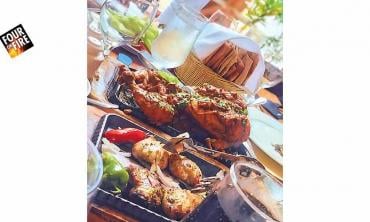 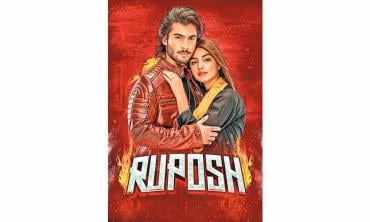