Build on goodwill, not hate

In the wake of escalation of tensions between India and Pakistan, people on both sides of the border continue to express solidarity through peace initiatives 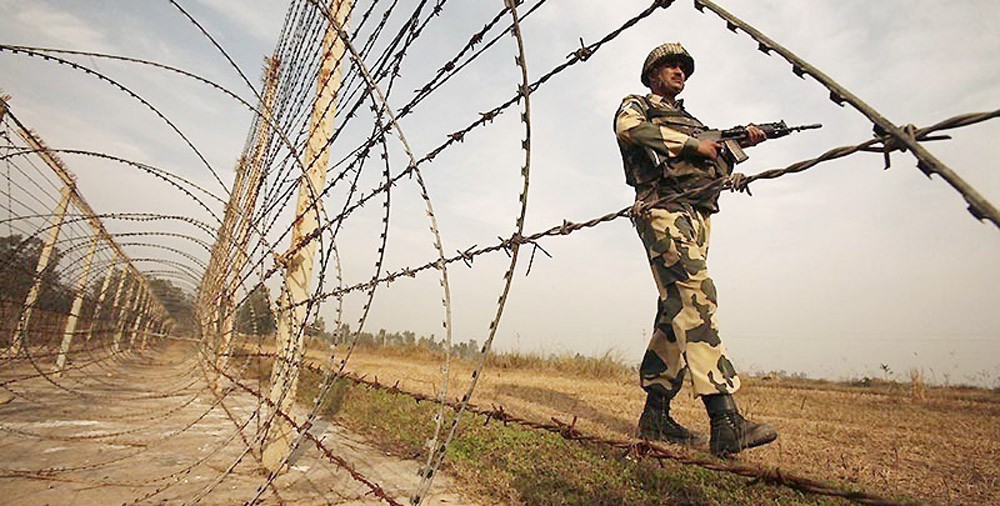 In an unprecedented and heart-warming gesture from India to Pakistan, Indian Prime Minister Modi requested schools in his country to observe a two-minute silence to commemorate the children and teachers killed in the horrific attack on the Army Public School in Peshawar on Dec 16, 2014.

In another unprecedented, spontaneous show of solidarity, Indians began tweeting with the hashtag #IndiaWithPakistan, started by Indian columnist Tehseen Poonawala who tweets from the handle @tehseenp. The hashtag peaked with over 63,000 tweets on Tuesday, the day of the tragedy. By Friday, the number of tweets containing this tag had crossed one million with about 600 tweets per minute hashtagged #IndiaWithPakistan ("IndiaWithPakistan hashtag crosses 1 million on Twitter", TNN, Dec 20, 2014.)

These developments spawned hope that relations between the two countries would improve.

However, India sent a very different signal by refusing to grant visas to 24 prominent Pakistanis invited to a seminar in Delhi on "Understanding Pakistan", organised by the Pakistan-India People’s Forum for Peace and Democracy (PIPFPD) on December 19-21. Formed in 1994, PIPFPD is the oldest and largest people-to-people group between India and Pakistan that both governments have typically given visas to, leaving a door open even during hostilities.

Soon afterwards, there was a massive knee-jerk reaction in India, officially and in the mainstream media, to a lower court in Pakistan on December 26, announcing bail to Zaki ur Rehman Lakhvi, accused of the November 2008 Mumbai attacks.

The Indian media reacted furiously and with a sense of betrayal to news of the bail, without bothering to notice that this was a court order that the Pakistan government was contesting (Lakhvi is still in prison).Meanwhile, the hashtag #PakWithIndiaNoToLakhviBail, started by Pakistani lawyer Ahmed Shaikh who tweets at @MohdAhmedShaikh, began trending on twitter in solidarity with the Indians’ sense of betrayal. By the afternoon, there were over 9,000 tweets hashtagged #PakWithIndiaNoToLakhviBail, according to the data analytics company Frrole.

Indians and Pakistanis continued to express solidarity for each other’s hurt and to connect not just through Aman ki Asha but also other initiatives.

Indians and Pakistanis continued to express solidarity for each other’s hurt and to connect not just through Aman ki Asha but also initiatives like the peace video selfies (‘velfies’) of the ‘Dear Neighbour Movement’ and the Indo-Pak Peace Calendar launched by the cross-border youth organisation Aaghaz-e-Dosti.

But events on the ground continue to test the goodwill. By the end of December, several incidents of cross-border firing were reported along the disputed border that divides Kashmir.

With heavy fog obscuring visibility and no independent observers allowed near the conflict zone, it is hard to tell what really happened. What is clear is that each side blames the other for ‘unprovoked’ firing and the killing of their soldiers and civilians, and that both sides have suffered casualties.

What’s also clear is that escalation of tensions and ‘tit for tat’ firing are causing massive sufferings to the people of the border areas. They also have the potential for long term repercussions as they "provide a greater space to extremist, hawkish and fanatic elements, whilst empowering war mongers on both sides," to quote Kashmiri analyst and columnist Raja Muzaffar.

These tensions, as he notes, "have the potential to drag the whole region into a new war, destroying hopes of long term peace and economic stability".

The only information available on what is happening at the border is what the security establishments on either side choose to tell their respective sides. Since we know how trustworthy they are, it makes sense to question the official narratives and obtain more information before jumping to conclusions.

Another case in point is the Pakistani fishing boat said to be carrying explosives that entered Indian waters on the night of December 31 that the Indian Coast Guard intercepted. Initial media reports in India said that the boat was a fishing vessel from Keti Bunder in Pakistan, and there were reportedly four men on board who blew it up when intercepted.

Sceptical of this narrative, Mumbai-based journalist Jatin Desai wrote to friends at the Pakistan Fisherfolk Forum (PFF) asking them to find out whether any fishing boat from Keti Bunder was hijacked or reported missing.

PFF President Muhammad Ali Shah responded within hours, terming the "terror boat" incident as "drama and false information". He explained that an empty fishing boat from Jati district, Thatta -- that is, without crew -- had been separated from another boat due to strong winds. The Indian Coast Guard had burnt the empty boat at sea, said Shah.

It was this empty boat that had been labelled as a "terrorist boat".

Indian journalist Praveen Swami also questioned the official narrative in the Indian Express, writing that rather than being terrorists, those on board "might have been small-time liquor and diesel smugglers, ferrying bootleg cargo from the port of Gwadar to other fishing boats which were to have carried it into Karachi’s Keti Bandar harbor".

He raised the question of "use of disproportionate force since the fishing boat did not have an engine capable of outrunning Indian interceptors" and the possibility of the incident having occurred "in international waters, some distance from the thousands of Indian and Pakistani fishing boats in the area" since local fishermen said they had not seen the fire on December 31. ("Doubts mount over India’s claims of destroying ‘terror boat’ from Pakistan")

India’s hyper-nationalist right wing promptly dubbed him as a traitor, held demonstrations against him and burnt his effigy (in Pakistan he would have been in danger for his life). Ironically, Pakistan has in the past denied Swami a visa.

The more commentary in the media, the worse the situation seems to be. In reality, the people in both countries have the same concerns and issues: to earn a decent living, educate their children, and feed, clothe and house their families. Lack of rule of law, gender and caste violence and militancy are common concerns.

Both countries need to capitalise on the goodwill that exists for each other rather than building on hate which only feeds the agenda of those who have a vested interest in perpetuating hostilities. And I am confident that that is not what the people of the region need or want.

Build on goodwill, not hate