How to secure educational institutions against terrorism? 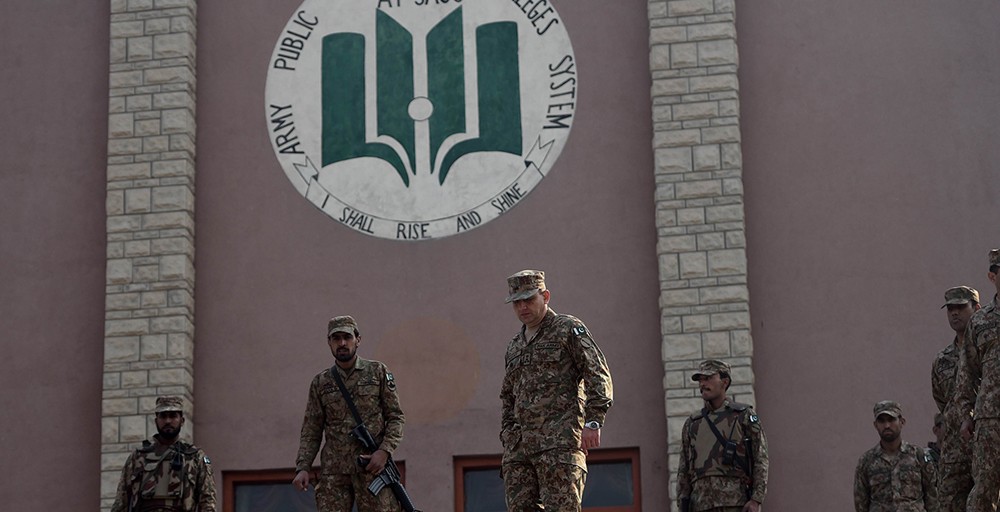 Since Peshawar’s Army Public School (APS) attack on 16/12, combating terrorism has ranked high on the political agenda. This phenomenon is not new, but constantly in flux. Education institutions are at high risk of terror targets. The government needs to reassess its attempts to counter terrorism and study the impact it has on societies.

Research into aspects of terrorism and counterterrorism has been conducted at several universities in disciplines such as Political Science, Criminology or History. However, terror attacks on soft targets i.e educational institutions have been very rare in the history of terrorism.

In these circumstances, Pakistan needs a policy based on precautions to secure staff and students. Moreover, having a robust security culture and being better prepared to counter terror reassures students as well as whole community. Some of the steps needed to secure our educational institutions are listed below.

First, students must be given special lectures by the staff of Civil Defense Department about exit strategy from a building during a bomb blast, hostage crisis or a firing incident. They must be given lessons on the rules such as ‘women and children first’. They must be taught how to hide and secure themselves as well as how to get aid and where to call for help during such terrorist acts. They may also be given a kind of training for the first aid.

Second, the administration of every institute must carry out risk assessment and put suitable measures in place to manage risks. Security measures must be shared with staff and students for their ease. Proper training and information must not only be provided to the personnel who are directly involved in security, but also to teachers and students for better coordination. Evacuation drill must take place once in a week to keep the alarm and other gadgets active.

Third, managing the risk of terrorism is only one part of an institution’s responsibility when preparing plans in response to any incident. For that matter, identify potential threats, understand the terrorists’ intentions and capabilities. Local police, media and circumstances in the country can clearly mark these threats.

Fourth step is to identify measures to reduce risks. An integrated approach to security is essential. We have to note that terrorism is a crime. Many of the security precautions typically used to deter criminals are also effective against terrorists. So before an investment in additional security measures, review what is already in place to build further upon. Reinstating good basic security practices and regularly reviewing them will bring benefits at negligible cost.

Five, intruder alarms, CCTV and lighting are commonly used to deter crime, terrorist acts, detect offenders and delay their actions. All these systems must be integrated so that they work together in an effective and coordinated manner. The installation of electronic gadgets like CCTV cameras must be done forthwith.

Six, armed security staff must be present all the time especially at entry and exit points. Display of weapons will give a sense of security to students and their parents and a warning to terrorists. Lack of vigilance around pedestrian and vehicle entrances to educational institution and queues forming outside academic buildings afford anonymity to a potential terrorist. Security staff should be visible and briefed on what to look for and how to deal with it.