Wretched of the earth

Full and equitable integration of Afghans into Pakistani society is the way forward, not their deportation and ongoing marginalisation 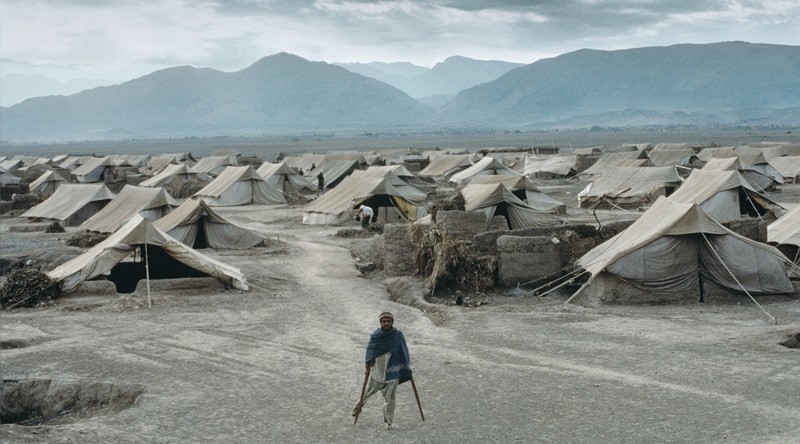 As Pakistan continues to mourn and grieve over the horrific attack in the city of Peshawar, there has naturally been a strong desire on the public’s part to figure out how to eliminate the disease of murderous radicalism. However, the ubiquitous calls for revenge and ‘their blood’ do little to shed light on sensibly understanding and tackling the problem.

The frenzied rush to ‘do something,’ or that ‘we must respond,’ very often tends to lead to both counterproductive and grossly immoral actions on the part of nations. In this context, Pakistani society has seen the reemergence of, sadly, a tired, favourite punching bag of the nation: Afghan refugees.

One would think that after suffering both decades of vicious internecine warfare in their own country, and assuming the ‘wretched of the earth’ refugee status in another - Afghan refugees would be the quintessential candidate of an oppressed people in need of sympathy, solidarity, and support. The irony is that the opposite happens in Pakistan, particularly when some terrorist incident takes place which can immediately (albeit nonsensically) be laid at the footsteps of the entire Northwest of the country -- as well as on Afghanistan.

The country undergoes a collective psychosis wherein Pakistanis are asked to suspend any critical thinking -- or thinking period -- and simply accept a narrative of ‘who’s to blame’ that’s handed to the public on a platter.

A question rarely asked is what the heck are so many millions of Afghans doing in Pakistan in the first place, and how many of them are now second and third generation ones residing here and still not so keen on returning to their home country. The history should be familiar to every Pakistani by now: Afghan refugees came to Pakistan because of a vicious, bloody war that began in Afghanistan in the late 1970s, and which has plagued the country ever since. And outside powers, including Russia, Pakistan, Saudi Arabia, the US, and the entire Western establishment, played no small part in fueling that war then.

A simple conflict inside Afghanistan for genuine Afghan self-determination was converted into a global proxy war between the two superpowers, with the rise of militant Islam being one of the major consequences. But the other significant one was the natural flight of poor Afghans from their country into neighbouring Pakistan.

The desire to escape bombs, Soviet troops, and reactionary elements within the ‘mujahideen’ does not seem unreasonable, and since Pakistan saw no compunction in interfering and sending ‘its boys’ (who were heavily armed) into Afghanistan -- the movement of people in reverse (Afghans to Pakistan) should not, in principle, have been a problem for Pakistanis either. To put it rather bluntly: boys and weapons (and related training and funds) were sent from Pakistani to Afghanistan, and the chickens simply came home to roost. The innocent millions trying to seek refuge in Pakistan were simply ‘collateral damage’ of these power plays.

Therefore, before Pakistanis see themselves as so benevolent, demonstrating their magnanimity toward poor - but ‘bothersome’ - Afghan refugees, it would be useful to pause and reflect on this: do Pakistanis really think that millions of people all of a sudden one day enthusiastically decide to migrate across the border, leaving their entire lives behind them? No, it is almost always the result of a forced displacement, of conditions becoming so unbearable that there is no other choice left.

The Pakistani state was deeply complicit in producing those conditions in Afghanistan, in the same way that the US was directly responsible for creating horrible socio-political conditions in Central America in the 1980s that led to hundreds of thousands of refugees fleeing to Uncle Sam - only to be told now they are an ‘undeserving menace’ to society and need to be deported and/or criminalised, or even worse if the Tea Party had its say. The rhetoric sounds eerily familiar, and has parallels in Pakistan when it comes to the Afghans.

Indeed, Pakistanis ought to be pleased that their country has fulfilled its minimal responsibility of accepting these refugees and accommodating the millions of them over the years -- despite the less-than-satisfactory conditions they have had to endure. In fact, an open-door policy toward the dispossessed Afghan refugees should have been the approach of all of the outside powers that were principally responsible for fueling the wars in Afghanistan. But it was not their policy. Forget about millions, those countries have not even been willing to receive thousands or even hundreds of these refugees.

After the ‘war on terror’ began in 2001, a new phase of the exodus of Afghans emerged. Rather scandalously, there was a huge debate about the mere entry of a few dozen Afghan refugees in Australia, and even they were deported. Sadly enough, such a disturbing act on behalf of a rich nation that supposedly was so concerned with the plight of the Afghan people under the Taliban -- went largely unnoticed.

It is abundantly clear that Western nations or the ‘international community,’ which has not lived up to its responsibility to assist in the relocation of Afghan refugees, have no moral authority to lecture Pakistan or any other country about either accepting/rejecting or deporting these refugees. However, Pakistanis themselves are certainly in the moral position to demand just treatment of their sisters and brothers who have migrated from across the border. And they should, since it is a moral imperative.

In light of the tragedy in Peshawar, there are those who argue that it is the Afghans who are responsible specifically for the scourge of terrorism in Pakistan. They are living in a world of fantasy, a complete denial of reality. Those who are a part of militant groups carrying out acts of terror today come from all corners of the country. They will often seek refuge in the mountainous terrain of the Northwest, especially since that region is a natural extension of the original war effort -- the war to expel NATO from Afghanistan. Add to this the glaring ignorance often displayed in Pakistani society in distinguishing between an Afghan, a Pathan, a Baloch, etc. They are all the same because they are all different from us. The privileged position from which this ‘us’ -- a possibly Punjabi, or urban, or educated ‘us’ -- speaks should be obvious.

But it is important to note that, yes indeed, the conditions in which Afghans have been living, including in refugee camps, can be breeding grounds for violence. Those breeding grounds are omnipresent throughout the country, and other oppressed ethnic and religious minorities, and impoverished people generally, suffer that same plight. Most are not criminals or terrorists, but simply human beings trying to make ends meet in really tough circumstances. On the other hand, it should be a truism to recognize that there are obvious linkages between one’s social conditions and the behaviour and responses one often exhibits.

Acknowledging that the policies the Pakistani state has adopted toward its Western neighbour since the late 1970s is what has caused so many poor Afghans to flee and migrate to the East -- is a great first step at a collective reality check by Pakistanis. Feeling a profound sense of culpability and guilt for the plight of Afghans both in Pakistan as well as in their own country should be an important second step. This collective leap of consciousness in Pakistan is what is required.

The full and equitable integration of Afghans into Pakistani society is the way forward, not their deportation and ongoing marginalization -- which is being exacerbated during the recent tidal wave of anger being channeled to their direction.

Afghan refugees must not be Pakistani society’s scapegoats for all of its problems. That is simply pure displacement of guilt meant to obfuscate a more intelligent understanding of the context.

Wretched of the earth