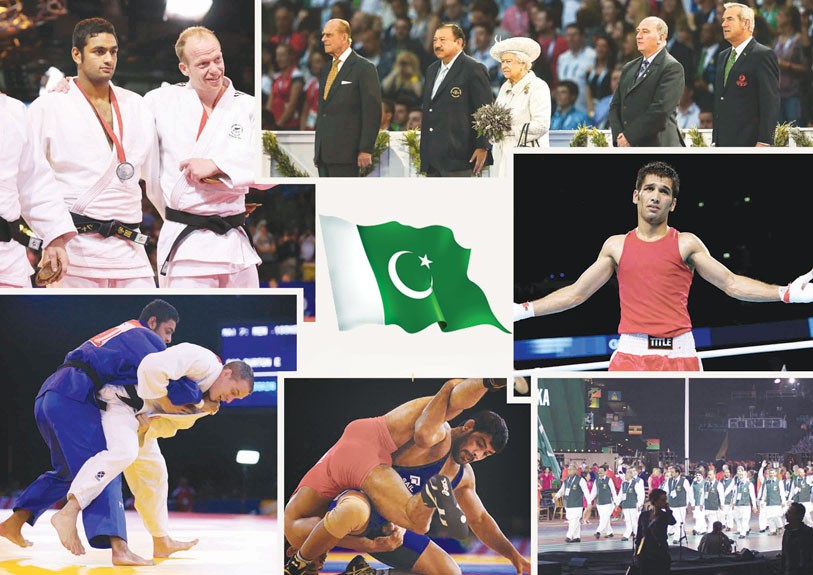 Like previous years, Pakistan sports faced unprecedented uncertainties in 2014 at several fronts because of the tussle between Pakistan Olympic Association (POA) headed by Lt Gen (retd) Arif Hasan and the Pakistan Sports Board (PSB) over the implementation of the national sports policy.

At one stage, the issue took such a nasty twist that the International Olympic Committee (IOC) was going to take action against Pakistan. However, the Ministry of Inter-Provincial Coordination (IPC) prevented it by showing flexibility finally.

The meeting of the IOC with the representatives of the government of Pakistan and a delegation of the POA in Lausanne in June paved the way for the settlement of the long-standing issue.

On July 8, 2014, the IOC in its Executive Board meeting in Lausanne decided not to suspend Pakistan because of the steps taken by the government.

However, in a dramatic move the Lahore High Court (LHC) suspended all the actions of the PSB which further complicated the situation. And at one stage it seemed that Pakistan’s participation in the Commonwealth Games in Glasgow would also be jeopardised.

But it did not happen as neither the court was in favour of going against the interests of the national athletes nor the rival group (led by Akram Sahi) intended to press the issue which could have dashed the hopes of the athletes.

Although the government has recognised Arif Hasan-led POA as the legitimate sports governing body in the country still the Board has been facing several legal suits from the rival group and next month hearing in such a case will be held at the LHC.

Arif Hasan also attended the last Executive Committee meeting of the Board which was a real victory for the man heading POA for the last 11 years.

On the directives of the Supreme Court, POA also repeated last month the elections of all its office-bearers except that of the president. And again mostly the same persons were unanimously elected.

In spite of all the constructive developments, still a lot of mess is to be removed. Before the next POA elections in February 2016, the government will have to take drastic steps to bring the rival groups on a single platform so that coordinated efforts could be made for the promotion of sports.

Because of the dispute, Pakistan’s sports have suffered a lot. But still the country was lucky to feature in three vital international competitions in 2014.

In the Asian Games held from September 19 to October 4 in the South Korean city of Incheon, Pakistan picked one gold, one silver and three bronze medals.

In the Asian Beach Games in Phuket in Thailand from November 14 to 23, Pakistan grabbed two gold, four silver and four bronze medals. In ju-jitsu Pakistan clinched two gold and three silver medals. The other silver came in kabaddi. Pakistan also picked two bronze in wrestling and one bronze each in squash and handball.

Despite the poor preparation Pakistan’s performance in the Commonwealth Games and Asian Games was not that bad. Boxer Waseem did a fine job by winning silver in Glasgow and bronze in Incheon. It was after a long gap of 12 years that Pakistan won a medal in the Asian Games in boxing.

The country’s cyclists and athletes missed both Glasgow and Incheon Games because of the dispute as the Athletics Federation of Pakistan (AFP) and the Pakistan Cycling Federation (PCF) are not recognised by Arif Hasan-led POA in spite of the fact that they are recognised by their respective international federations.

Surprisingly some officials of cycling (Khawaja Idrees group) and athletics visited Glasgow for mere enjoyment which shows how sports are  governed in Pakistan.

In Glasgow, a group of Pakistani swimmers had to spend a few hours in police custody for their alleged involvement in stealing something from a shop. Let’s come to a few major individual sports.

In snooker Pakistan’s Mohammad Sajjad failed to emulate former world champions Mohammad Yousuf and Mohammad Asif when he lost to China’s teenage sensation Yan Bingtao 7-8 in the final of the IBSF World Men’s Snooker Championship 2014 at Kanteerva Indoor Stadium in Bangalore on November 29. Yousuf won the world title in 1994 and Asif got it in 2012.

Neither the medal winners of Glasgow and Incheon Games nor Sajjad has been rewarded by the government as yet.

A top official of the PSB told The News on Sunday (TNS) that allocation had been made for the medal winners of these events and once the Board got the required amount from the government it would forward it to the athletes.

In football, Pakistan did a fine job when they beat India in a two-match series in Bangalore in August on better goal-average under coach Mohammad Shamlan after both the teams had won one match each.

Earlier, in May Pakistan failed to move beyond group stage in the Al-Nakba International Football tournament in Palestine when coach Shamlan had not been issued permit by Israel and he had to stay at Jordon.

Pakistan were beaten by Lebanon 3-1 in February in Beirut in a one-off game before being crushed by Indonesia 4-0 in East Jawa on June 21. The Green-shirts also faced a first round exit in the Asian Games in Incheon after losing their group games to North Korea 0-2 and China 0-1. In October, Pakistan lost to Palestine 2-0 at Lahore.

A football positive of the year was that Chaman-born striker and Pakistan’s current captain Kaleemulah signed a lucrative Rs10 milion deal with Kyrgyzstan’s club Dordoi FC. The diminutive winger Mohammad Adil and Karachi-born Saddam Hussain are also playing for the club, which is being managed by Pakistan’s former coach Zavisa Milosavljevic.

Pakistan  successfully hosted the Women SAFF Championship in Islamabad last month. Pakistan had to face first round exit, beaten by Sri Lanka and Nepal. They only defeated minnows Bhutan 4-1 to end third in their four-team group.

In the kabaddi World Cup in India a few days ago, Pakistan’s men once again failed to win the coveted title when they were beaten by India 45-42 after a thrilling fight. Pakistan’s captain Shafiq Chishti alleged that they were cheated by the umpires. The organisers then entrusted a committee with the task to probe the affair. However, hours later a top official of the International Kabaddi Federation (IKF) Devraj Chaturvedi said that it was not an officially sanctioned World Cup and they did not accept India as the World Cup winners. He said that no participating nation had got permission from the IKF before featuring in the event.

In women’s competitions, Pakistan claimed bronze medal when they defeated Denmark 38-28 in the play-off for the third place. The relationship between India and Pakistan has also been affecting sports. And one of the biggest casualties of the year was that Pakistan did not issue India’s women and men handball teams visas for the International Handball Federation (IHF) Challenge Trophy held in Faisalabad early this month.

The laxity on the part of the government has created great problems for Pakistan Handball Federation (PHF) which had already been warned by IHF of a strict action if India were not issued visas for the event in which they were going to defend their titles.

Pakistan karate team also missed South Asian Karate Championship in Noida in March because they were not issued India’s visas. All these things need solid and constructive steps from both countries so that sports could be prevented from further damage.