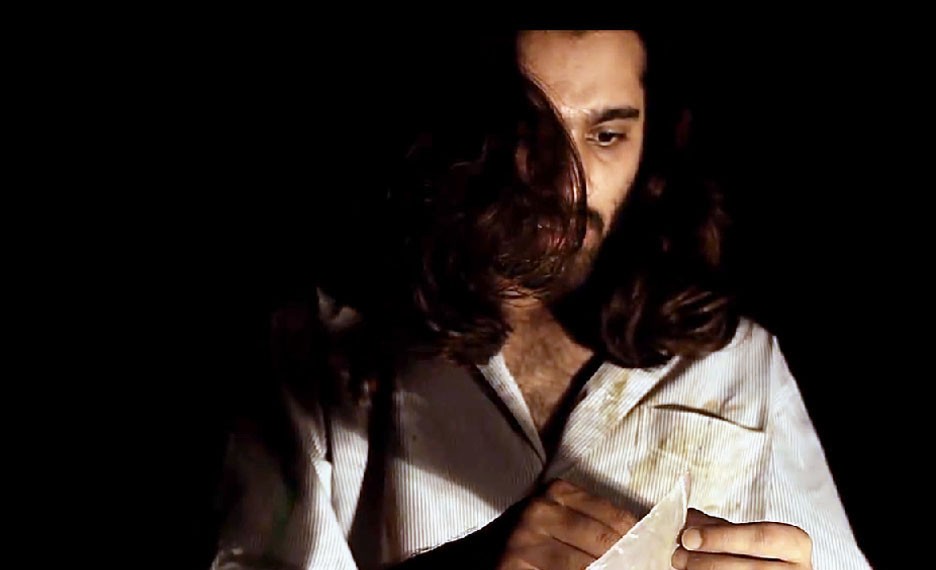 An Urdu-language play -- something which needs to be mentioned especially because its title is in English -- Lost Control dealt with a concept decidedly that of its young writer Saiban Khaliq who also directed and acted in the play. It’s about the symbiotic relationship between drugs and the creative imagination, and how this relationship can drive you crazy. Hence, the subtitle ‘What if sin becomes a necessity?’ (For the information of the readers, the play had been sponsored by the Anti-Narcotics Force.)

Inside the auditorium, the brochures handed out to the audience promised a "unique experience" in contemporary theatre. Lost Control duly lived up to the expectations, and how.

The play provided insight into the psyche of a painter who is struggling with his life becoming increasingly complicated because of his drug addiction. It reaches a point where he is completely broken down. His addiction pulls him apart internally, as he loses touch with his much-loved mother, played brilliantly by Zainab Qaiserani. It also puts him in conflict with his fiancée, much to the happiness of his detractors.

A show loaded with theatrics by a bunch of young actors, Lost Control however, never becomes too heavy, oscillating between the comic and the pathetic.

The set was simple -- pared down to a brown-black backdrop and a table in the centre with paints and brushes sitting pretty on it. The actors often stepped out of the stage and moved between the rows, as it is done in immersion theatre.

Lost Control also made use of mime to depict the artist’s internal world, described here as "jhooti duniya," a world away from the realities of life.

Said to have won multiple awards at FAST’s 4th National Dramafest, held earlier this year, Lost Control turned out to be a visual and sonic treat, as the actors delivered explosive lines set to metal music.

The performance ended with an informal address by Khaliq who implored the audience to "hate the drug and not the druggie." He made a special mention of the late music maestro Nusrat Fateh Ali Khan who was troubled by substance abuse.