An enemy with four names 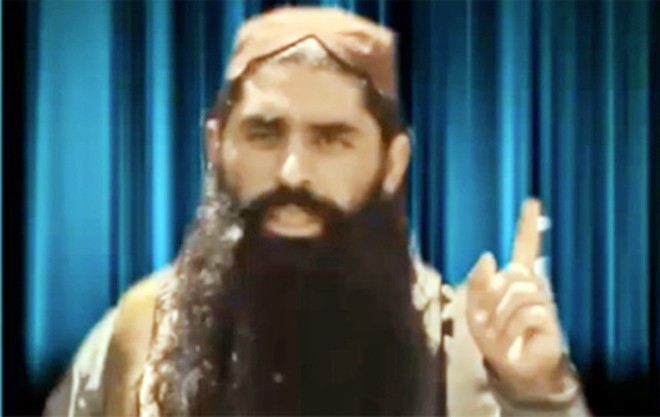 Feelings of anger and revenge overpowered Adezai, a historic village located 25 kilometres from Peshawar district and sited close to the semi-tribal territory of Darra Adamkhel, against their fellow villager, Khalifa Umar Mansoor, as news emerged that he was the mastermind of the December 16 terrorist attack on the Army Public School and College.

"We know him as Umar Naray, but he now calls himself Khalifa Umar Mansoor. We have long known that he is a terrorist and is hiding somewhere in Afghanistan," said Farmanullah, the brother of Delawar Khan, the late head of the Adezai Qaumi Lashkar set up to defend the village and its neighbourhood from the Taliban militants.

Almost all the villagers referred to him as Umar Naray because his second name in Pashto means slim. In fact, the real name of this tall and lean man is Aurangzeb, but like most of the militants he kept a second name after embracing militancy and joining the Maulana Fazlullah-led Tehreek-i-Taliban Pakistan (TTP). He now has four names - Aurangzeb, Umar Naray, Umar Adezai and Khalifa Umar Mansoor. Obviously, he prefers the last name as it confers on him some respectability in the ranks of the militants and makes him important in the hierarchy of the Pakistani Taliban.

Security officials named Khalifa Umar Mansoor as the mastermind of the horrendous attack on the army-run school in Peshawar in which 146 persons, including 134 mostly teenaged students, were killed and more than 100 were wounded. They claimed he was based in Afghanistan where the plan for the attack was made and had been in touch with the attackers by phone as they went on the killing spree in the school attended by around 1,000 students. Some of the security officials placed him in Nazian area in Afghanistan’s eastern Nangarhar province, but a few others thought he was in Achin located not very far from Tora Bora where the US had carried out intensive aerial strikes in December 2001 to kill al-Qaeda head Osama bin Laden and his men to avenge the 9/11 attack.

Any doubts about the involvement of Umar Mansoor in the school attack were removed when the TTP released the pictures of the six attackers, armed and wearing fatigues. In one of the pictures, the turbaned Umar Mansoor is standing in the middle flanked by the six attackers. It clearly established that he had motivated and sent these men on the suicide mission to attack the Army Public School and College and kill the students and teachers as they believed all of them belonged to military families. They were wrong as many students from civilian families were studying in the school and the teachers too were mostly civilians. Umar Mansoor later sent an audio message in Urdu to the media in which he tried to justify the school attack.

According to Adezai villagers, Aurangzeb aka Umar Mansoor studied in the village school for some years and then started working in the nearby gun-manufacturing Darra Adamkhel town. It seems making guns and pistols made him love weapons and eventually pushed him to become a militant. He joined the TTP unit in Darra Adamkhel led by Commander Tariq Afridi and set up its branch adjacent to his house in Adezai village. He became head of the local chapter of the TTP when Tariq Afridi was killed.

Villagers recalled that Umar Mansoor’s cousin Jangrez Khan was a senior TTP commander in the area and the men in his extended family followed in his footsteps as they picked up the gun and began fighting the state. Jangrez was reportedly killed in an ambush by the Frontier Corps soldiers in Khyber Agency. Umar Mansoor’s younger brother Mustafa alias Monoon and four of his accomplices were killed in a joint operation by the law-enforcement and intelligence agencies in the Frontier Region Peshawar in the aftermath of the attack on the Army Public School and College.

The saying "as you sow so shall you reap" aptly explains the story of this clan comprising three families headed by brothers Zakhakhel, father of Umar Mansoor, Jangrez’s father Kalakhel and Shahikhel, whose son Pervez Sheenay is also a TTP commander. Members of the extended family have been killed and captured, others are on the run and its womenfolk and children after being uprooted from the village are living in constant fear.

The villagers in Adezai rose up against the lashkar when Jangrez and Umar Mansoor set up base in the village and began harbouring wanted militants. An armed force, Adezai Qaumi Lashkar, was raised to fight the militants. The militants’ houses were demolished and their families were expelled from the village. This was also the beginning of the ordeal of the Adezai villagers as the militants repeatedly attacked them using suicide bombers and by carrying out roadside bombings. Scores of villagers lost their lives and many were maimed. Funerals were bombed and so was the village marketplace.

The government and Peshawar Police initially supported the lashkar to defend the village and its surroundings, but later its heads, including Abdul Malik, his son Noor Malik and Delawar Khan who are all dead now complained that they weren’t getting enough support in terms of resources. The lashkar was weakened due to disunity in its ranks and the discontinuation of assistance from the government. The lashkar members have continued to defend their houses and village and are still facing retaliatory attacks by the militants. Revenge is on the mind of both sides and Adezai is perpetually in mourning.

Adezai Qaumi Lashkar’s late head Delawar Khan’s brother Farmanullah said Adezai villagers were saddened by the savage attack on the Army Public School and College as they were familiar with the pain after having lost men, women and children in their families in militants’ attacks. "Our war with Umar Mansoor and his men is ongoing. We have been told by informers that he is in Afghanistan, moving from Nuristan to Nangarhar. We want the government to also take action against the militants’ financiers, supporters and sympathizers as they enable people like Umar Mansoor to fight the state and those loyal to it," he told TNS.

An enemy with four names