Thalassaemia patients with HIV, or not 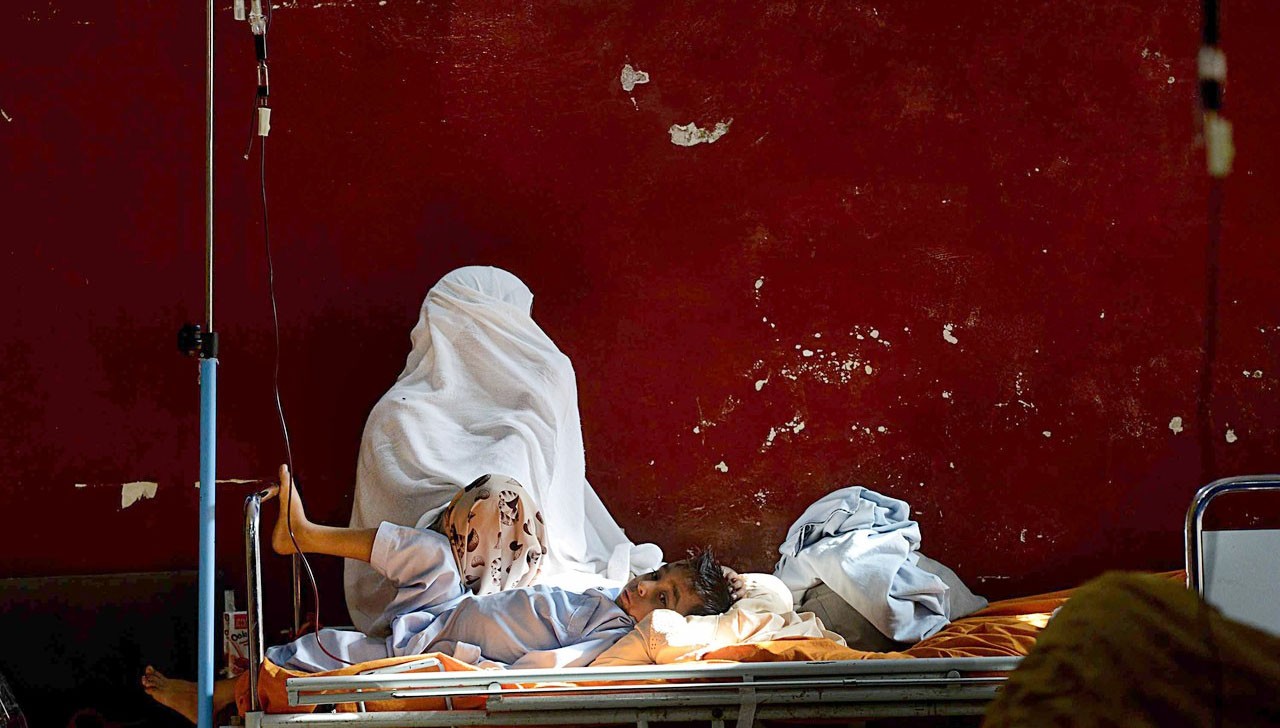 Earlier this month news items appeared in many newspapers that ten or more children suffering from Thalassaemia Major (an inherited blood disorder that requires frequent blood transfusions) had tested positive for the Human Immunodeficiency Virus (HIV). HIV causes Acquired Immune Deficiency Syndrome (AIDS). The infection by the HIV virus was ‘allegedly’ from transfusion of infected blood. These infected children were reportedly in the Rawalpindi-Islamabad area and from elsewhere in the Punjab.

Dr Javed Akram, Vice Chancellor (VC) of the Pakistan Institute of Medical Sciences, commenting on this report said that: "Six of these children belonged to twin cities of Islamabad-Rawalpindi." The VC also added that: "PIMS has offered them free of cost treatment and bone marrow transplants." (‘10 thalassaemic get HIV from transfusions’-Ikram Junaidi-Dawn online updated on December 4, 2014).

This news was then picked up by The New York Times and the Times said that "The infections were first reported by Dr Joveria Mannan, a senior official of the Thalassemia Federation of Pakistan, at a medical conference on November 29. She said that the infected children had come from the capital, Islamabad, and parts of the Punjab province." (Pakistani children infected with H.I.V. from transfusions, report says. Salman Masud-NYT December 5, 2014.)

As expected a committee was set up to enquire about the situation and the committee presented its report on December 7, 2014. Quick work that. And the committee reported that no such patients had been found anywhere and that the reports of such infection were therefore without any proof. (Reports of transfusion of blood infected with HIV ‘baseless’: inquiry report, The News, December 7, 2014). Of course, no mention was made about why or on what basis did Dr Mannan and Dr Akram make the statements mentioned above. And since then there has been no follow up about a news item of such importance. No investigative reports, nothing.

This entire sequence of events seems extremely peculiar. There are three obvious possibilities. First one of course is that Dr Mannan who presented the report of patients infected with HIV and Dr Akram, VC of PIMS, who said that there were six patients that his institution had offered free treatment were both either misinformed or, as is said, euphemistically had ‘misspoken’. The second possibility is that they were both correct but due to the sensitive nature of the report and the fact that the blame rested on a beleaguered Punjab government for letting such things happen, the entire matter was swept under the proverbial rug.

The third possibility that seems most likely to me is that there were children that suffered from Thalassaemia and did get tainted blood transfusions but they were not tested using the protocols that were suggested by the committee report. As such the committee was correct in stating that they had no information about patients with Thalassaemia that were also infected by the AIDS virus. Clearly to me it is impossible to believe that two responsible physicians made statements of such importance without first ascertaining the facts. Here I strongly wish that some news reporter had followed up on this story and gone on to interview the two doctors mentioned above and tried to find out why they made the statements about these HIV infected patients.

Even if this story has disappeared from our newspapers at this time, I do not think we have seen the end of it. We know that there are many people in Pakistan suffering from AIDS, and many, many more that are infected but not yet sick. We also know that blood transfusions are relatively unsafe in Pakistan -- recent articles about the spread of Hepatitis C have pretty much established that fact. So it should not at all be surprising if HIV is also spreading through this mechanism.

But the period between infection with HIV and development of AIDS can be many years so that infected patients might never know that they are infected until such time that they develop the full blown disease. Also, most ‘healthy’ people do not donate blood voluntarily so that often leaves blood banks to depend on ‘professional donors’ that receive money for the blood they donate.

These professional donors are often drug addicts. One of my memories from my days as a medical student and then a house physician in Mayo Hospital in Lahore, 45 years ago was of these ‘donors’ sitting in the lawn in front of Mayo Hospital just across from the blood bank. Whenever patients needed blood transfusion, a call would go out to this group and persons with the appropriate blood group would turn up for donation. They would get paid by the patient’s relatives for the donated blood. And yes one could always smell Charas (Marijuana) smoke from where these donors were sitting. The fact that a ‘thaika afyun’ (an official opium shop) was next door in Anarkali made their life a lot easier.

But all that was before the addicts started using injectable narcotics and before the age of Hepatitis C and HIV/AIDS. Today ‘shared needles’ makes intravenous drug users most likely to be infected by Hepatitis C and HIV. Fortunately, HIV cannot survive for long outside the body so the chance of this infection being transmitted is not as great as that of the Hep C virus except in those that are sharing needles immediately. That makes blood transfusions one of the major methods of spread of the HIV infection in a country like Pakistan where there is little supervision of blood banking services.

If nothing else, the story about Thalasaemic patients becoming infected by HIV through blood transfusions should make the healthcare establishment start taking this mode of HIV transmission seriously. Here I think it is important to point out that HIV infection is eminently treatable with modern therapies. So, instead of panicking about the spread of HIV, it is better to prevent and diagnose it so that it can be treated at the right time.

The first thing that needs to be done is to regularise and properly supervise blood banking services. Virtually every medical professional, medical bureaucrat and politician knows what needs to be done especially with the major Hepatitis C epidemic that reportedly has infected more than 12 million Pakistanis. Frequent missives are sent out by appropriate ‘authorities’ considering this situation, but nothing ever gets done. Somewhere along the line our politicians will have to start taking healthcare as a priority.

The second step in my opinion is that all patients that receive multiple blood transfusions should be routinely checked for HIV infection. In patients with Thalassaemia that often require monthly transfusions, they should be tested once a year or after every ten transfusions.

Third and important not just in this context is the need to popularise voluntary blood donation by healthy adults. Perhaps an appropriate educational campaign in this matter should be launched in our centres of ‘higher’ learning especially our medical colleges. Unfortunately, too many of our ‘famous’ politicians are too old to donate blood but perhaps their progeny could be exemplars in this area.

Thalassaemia patients with HIV, or not