The day when ‘cricket’ was not a winner

Pakistan lost but for once cricket was not the winner 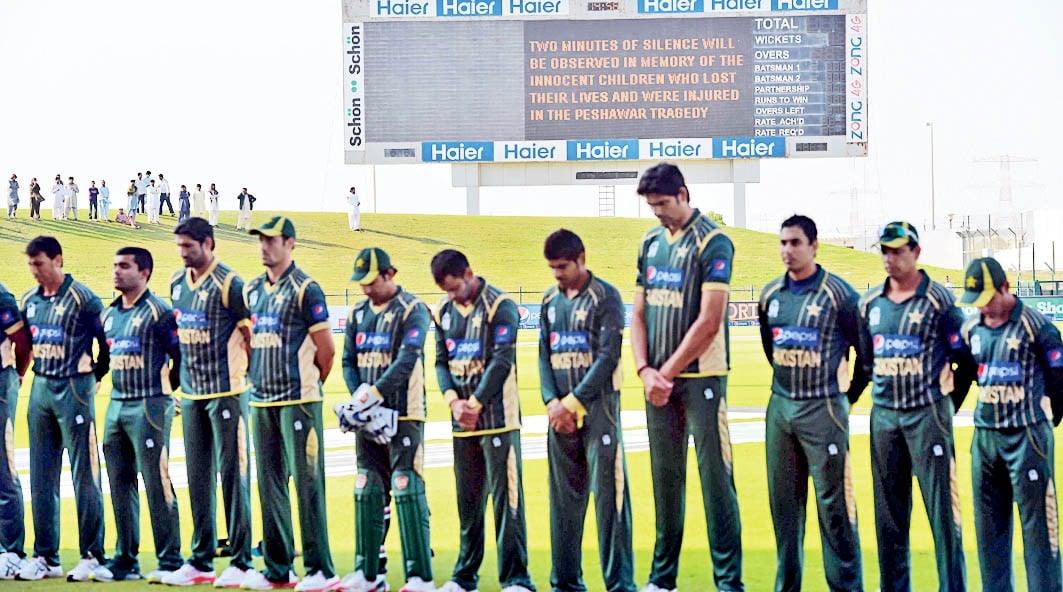 The date 16/12/14 would always be etched in the memory of the whole Pakistani nation for all the wrong reasons. Around 150 souls, mainly young children, were brutally massacred in a school in Peshawar. Arguably one of the worst terrorist attacks on the face of earth in recent times. It was surely hell let loose on people who have already been victimised, mentally scarred and traumatised by this war on terror for the past many years. It seemed everything had come to standstill and as a sequel to this national tragedy, the Government announced three days of official mourning. The whole nation stood united. Almost everybody was in a somber mood and carried a sad tone.

The PCB had already blundered by not abandoning the match between Pakistan "A" and Kenya on the fateful day perhaps unaware of the sheer magnitude of the tragedy. However, the PCB had a more important decision to take the next day -- regarding the fourth ODI between Pakistan and New Zealand in UAE. Most of the people expected that the match would be cancelled or rescheduled as a mark of respect for all those who had lost their lives and for all those who were directly affected by this heinous act.

Initially there was a complete silence and in  the evening news emanated that Pakistan would play this match by wearing "black bands" and both the teams would observe a two-minute silence before the start of the match.

The match was played with no PCB official available even to make an attempt to explain the rationale behind holding of this match.

Later PCB officials -- including the Chairman himself -- gave their version of the story about holding the match on TV channels: the broadcaster being unwilling to postpone the match for financial reasons and the New Zealand team unwilling to play back-to-back matches later on. So the PCB decided to go ahead with the match, we were told.

I was shocked and left to ponder how we can stoop so low. PCB should have dismissed the arguments of the broadcaster and New Zealand team’s management. Eventually PCB had to pick up the financial losses in case this match was cancelled. But was this too heavy a price? Is the PCB so cash-strapped that its decisions are determined by financial compulsions?

By this decision, the PCB definitely sent out a message to the rest of the cricketing world that we are children of a lesser God! And if that is the case than why should the cricketing world take us seriously when they know that our decisions are based on money motives, devoid of any morality! My simple argument is that it was not a decision about what we wanted but what we had to do in the given situation.

Sadly PCB faltered and would continue to do so unless we brought clarity in our minds to address issues in their right perspective. If the underlying assumption for such a weak decision was the financial incumbency than one would like to see the PCB exercise an austerity drive with regard to spending on the World Cup.

May God give us the wisdom and courage to make bold decisions when they are really needed. And I heard in the evening that Pakistan lost. I couldn’t care much as to who won or who lost because for once cricket for me was not the winner.

The day when ‘cricket’ was not a winner