They weren’t soldiers on the front line

Vengeance would not bring us peace, only the hope of a just and non-violent future would 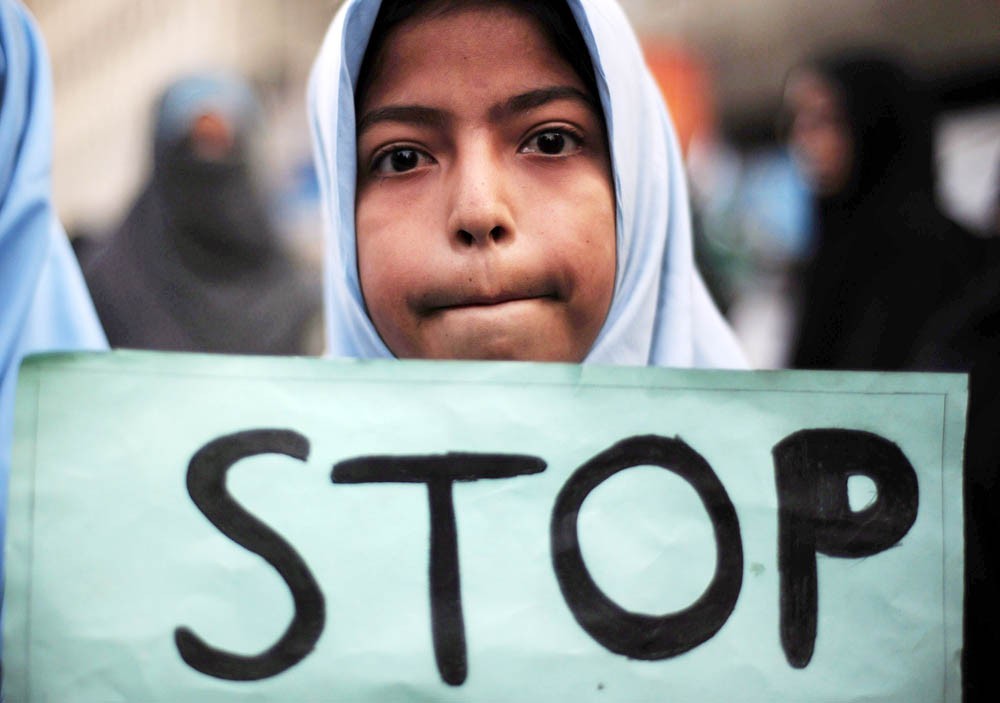 So please, let’s stop calling them, and so many of the other lives that have been lost in bomb blasts and target killings, Martyrs. Those were not soldiers on the front line fighting for their country. They were someone’s innocent children too young to even be party to the conflict in which they became ‘sacrifices.’

But more than that, let’s stop using these poor children as a battle cry against the Taliban. Let’s stop talking avenging their deaths and bringing hell down on the extremists and other significantly more barbaric nonsense like giving the Taliban a taste of their own medicine and executing every terrorist on death row. Because it will not bring those 131 bereaved mothers any satisfaction. It will not bring their children back. The helplessness and brokenness that they feel is beyond our abilities to heal.

So today, we are faced with a choice. We could go down the path of vengeance, which will lead to only more death. Just like the Taliban killed those 131 children in vengeance for Zarb-e-Azb, we will kill scores of men, women and children (as the air strikes being carried out in response to the incident are doing at the moment) in Waziristan. Do we imagine this will cause them to surrender and then we will build a bright beautiful world anew?

All it will lead to hate festering deeply in the hearts of an otherwise peaceful, nonviolent people on both sides. And, all that will lead to is more reprisals and counter-reprisals and counter-counter-reprisals. In the process, the tragedy at Peshawar will be repeated over and over. It will not end until one side is wiped out down to the last man.

But that is unlikely, and will not happen before the butcher’s bill enters the tens, if not hundreds, of thousands. And, when do we want to be responsible for the extermination of a people just to make sure our ‘sacrifices’ are not in vain?

Or, we could choose to put our anger aside and try and make sure something like this does not happen again. That will involve holding our understandably eager trigger fingers and not shooting at anything that moves in Waziristan. It will involve accepting that we’ve made many of the mistakes that have led to the formation of an organisation as extreme and malevolent as the TTP.

And, perhaps hardest of all, it will involve having to accept many of the people we perceive to be responsible for this tragedy (some factions of the Taliban, the people of Waziristan in general) will not be marched to gallows, but will have to accepted back into our society without prejudice.

That’s not to say that violence is necessarily wrong. It will almost certainly play a part in whatever becomes of Waziristan. But violence should be used as a tool to leverage negotiations, and that too only against those actively engaged in violent activity against the state, not anyone who happens to hold a different view than our own, however despicable we may find that view.

Put simply, the fact is that dead children are not conducive to reconciliation. But if you ask anyone who has lost a loved one to terrorism (as many, many Pakistanis, including myself, have), they will tell you that vengeance does not bring you peace, only the hope of a just and non violent future does.

And, if we are to make sure that no one else should lose a child, or indeed a parent or a spouse or anyone at all, to mindless violence like that in Peshawar, then reconciliation is our only hope, however unpleasant or painful we may find it.

They weren’t soldiers on the front line