Selectors in a spin 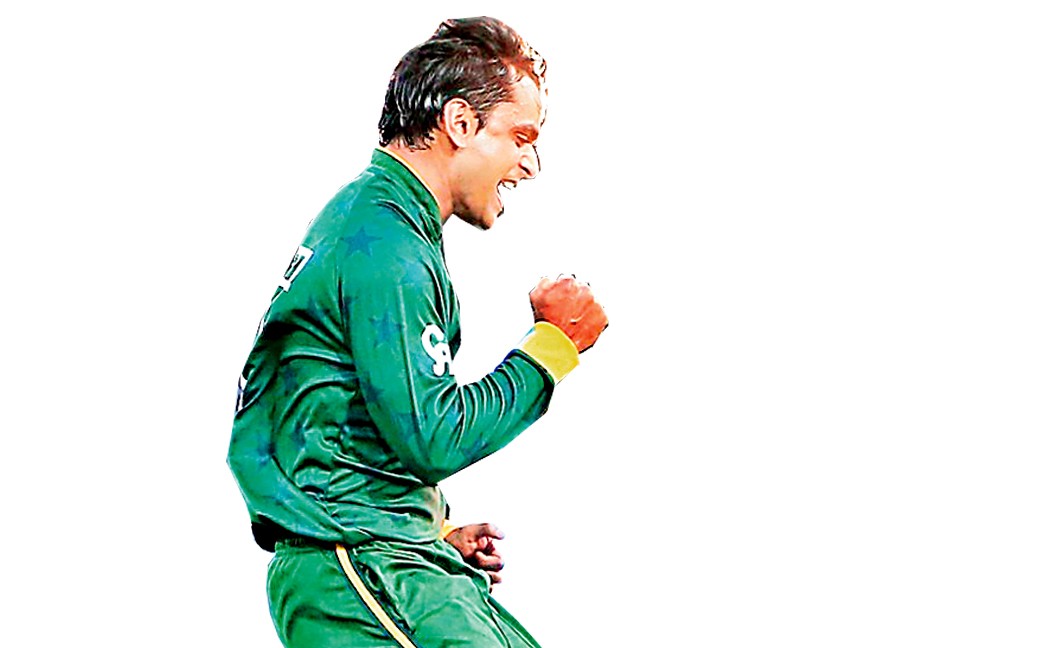 The International Cricket Council’s (ICC) ban on Mohammad Hafeez has dealt a serious blow to Pakistan with the 2015 World Cup in Australia and New Zealand just two months away.

Ace spinner Saeed Ajmal is already serving a ban for an "illegal bowling action" and has a 50-50 chance of getting cleared to play in the biggest event of 50-overs format.

Even though Ajmal and the cricket managers in Pakistan sound pretty optimistic about his comeback, an independent review on his bowling action in England recently suggested that more work was needed to bring his action within the allowed parameters.

There is absolutely no doubt that the old Ajmal we know has been a key component in Pakistan’s bowling armory. However, no one knows what he would have to offer with a modified bowling action. He might and might not be the same Ajmal.

Not many bowlers can have the same effectiveness after modifying their bowling action. At 37 years of age it might be even more difficult. But we are all hoping that Ajmal return to international cricket and spearheads Pakistan’s campaign in the World Cup.

If he doesn’t make it, his place will most likely go to Yasir Shah. Good spinners are effective on any wicket and the leggies in particular will enjoy the bouncier pitches Down Under.

As compared to Ajmal, in my opinion, Hafeez’s absence as a bowler would be more intensely felt. Hafeez provides Pakistan the balance a One-Day International team must have.

Shahid Afridi is sure to be playing in all World Cup games along with four bowlers and Hafeez would fill perfectly as the sixth bowler to go with his role as a top-order batsman.

Now with Hafeez to be considered solely as a batter, Pakistan will have to include another all-rounder in the playing side, which means one genuine bowler will have to be overlooked.

People would immediately mention the names of Anwar Ali and Bilawal Bhatti, but please have mercy on the Pakistan team as well as on the two pacemen. People must let them concentrate on what they do best, and that is bowling. They are not all-rounders. One or two innings with the bat does not make them all-rounders. Jason Gillespie had a double hundred in Test cricket but he was not called an all-rounder. Why complicate things for them?

Pakistan cricket managers and selectors will really have to scratch their heads to find and include one or two players in the final World Cup squad who have the ability to bat well and bowl ten overs.

The bans on Ajmal and Hafeez also raise questions about the ability and expertise of the host of professional coaches serving Pakistan cricket. We have a head coach, a specialist bowling coach, and even an analyst. There are coaches at the National Cricket Academy and then there is a committee of the Pakistan Cricket Board just to keep an eye on bowlers with suspect bowling actions. What have they been doing? My question is: how come none of them noticed that Ajmal and Hafeez were bowling with abnormal actions. The players can’t be blamed for flaws in their batting or bowling techniques because it’s really very difficult for them to see, realise or correct their mistakes by themselves. That’s the job of the coaches and that’s exactly what they are being paid so heavily for.

The Pakistan cricket team has a specialist spin bowling coach in former Test player Mushtaq Ahmed plus other specialists at the NCA, but still the PCB had to hire the services of Saqlain Mushtaq to help Ajmal modify his bowling action.

If any of the coaches had observed or pointed out and corrected the flaws in the bowling actions of Ajmal and Hafeez themselves, Pakistan cricket managers would not be having such headaches as they are having now.

Selectors in a spin