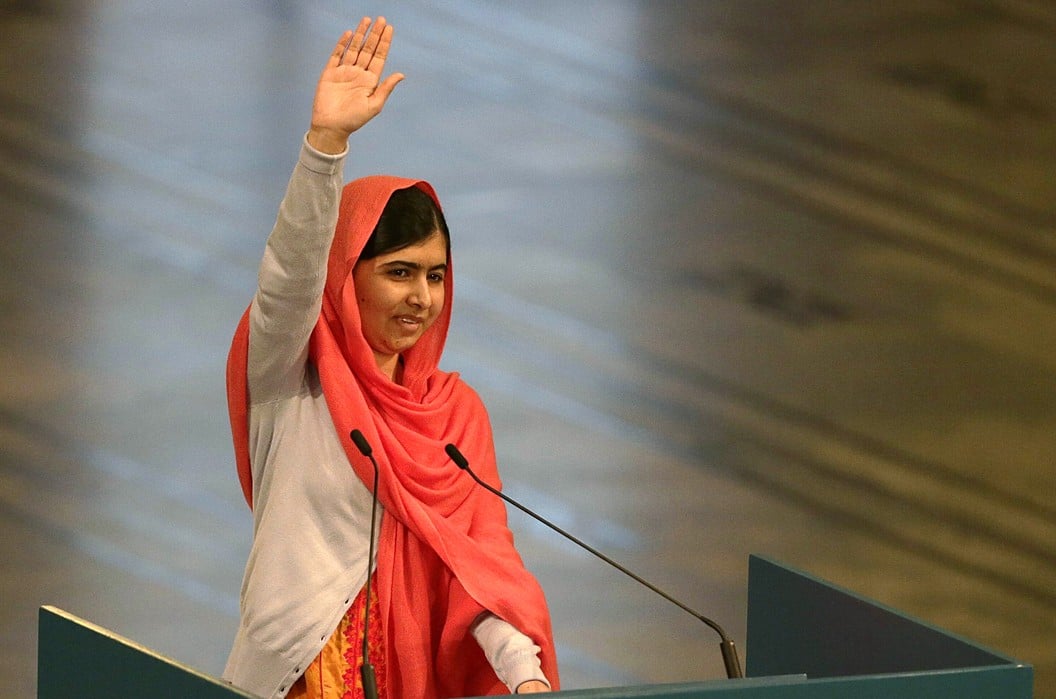 Media, being a cultural industry, is the main player in bringing Malala’s struggle on table across the world. Terrorists shot her on October 9, 2012 and on October 10, 2014, the world recognised her to be the youngest to share Noble Prize for Peace.

The News on Sunday (TNS) talked to Prof Dr Sajid Awan, Director National Institute of Historical and Cultural Research (NIHCR); Prof Dr Stig Hjarvard, Vice Chair of Department of Media, Cognition and Communication, University of Copenhagen; Prof Dr Farishullah Yousafzai, Dean of Faculty of Social Sciences and Director of the University of Gujrat and Shafqat Munir, Executive Director of Journalists for Human Rights and Democracy to understand the cultural dimension of this phenomenon.

Prof Dr Sajid Awan, leading the prime national body to research culture, intends to invite Malala to deliver a lecture on women education when she will be home on a UN mission. He said, "The message that Malala is trying to give will prevail. Pressure groups will die out." He said it is wrong to associate Malala with the West since her name, dress, posture and everything represents "arbitrary cultural values" of Swat.

He said that in her book "I am Malala", she mentioned that she was named after an Afghan woman who fought to defeat imperialism of the UK. He said mention of this legend in her book proves that Malala doesn’t stand for Westernisation.

"If West adopts a soft type of your culture because of Malala, it is a good sign," he said.

He said culture of the subcontinent does not put restrictions on women and stop them from education. "Unfortunately, we think our history starts from the seventh century. It is not the case. The world owes this region its introduction to the first ever university and first language grammar."

He said, "We should be proud of Malala as she has shown the world how to defeat violence through non-violent means."

He said castigation of Malala by certain elements is a product of the botched attempts to fit this society into Arabic or Iranian culture in the name of religion.

"There is nothing like Islamic culture. This slogan was raised to Islamise everything for the benefit of a few. Pakhtuns were a secular society but it was Talibanised to fight with the Russians. And Malala is a threat to this mindset."

Prof Dr Farishullah Yousafzai, who has contributed in production of almost a generation of media professionals, belongs to Swat and has a different perspective."

Malala has dented the position of retrogressive forces who happened to be blockers of women education. "She has given courage to other girls that they have a voice and they need to raise it.”

Recently in Texas, US, on a study tour, he told TNS that Malala has not occupied the limelight because of being Malala but the Nobel Peace Prize and other awards earned her a seat on the global stage. "Media brings everything in spotlight, irrespective of its negative or positive impacts on society," he said.

He referred to media coverage of Gullu Butt, a prisoner in Multan who faked a suicide bid and speeches of leader of a Karachi-based political party as examples to explain that media coverage is not the yardstick to measure a phenomenon.

He questioned: "Who is stopping Malala from coming back to Pakistan and promoting education? And why her family is also residing abroad with her?"

He said people in Swat region know "many things about this story; therefore, they are not proud of it."

Known media and policy analyst and chief executive of Islamabad-based JDHR, Shafqat Munir says media can play a vital role in breaking gender barriers. Presently in Bangkok to participate in an international moot on media, he told TNS, "Media has been projecting the role of women in society. Media’s construction of women’s image, especially in Malala’s case, has been helpful in breaking gender barriers."

He proposed that "one policy and tangible action" be added to Malala’s slogan of "one pen, one teacher and one book".

"When Swatis think of a middle class family’s girl speaking at international forums, they hardly digest this reality and they sort of try to undermine her growing stature. Media professional in Pakistan know that Malala has become an icon for girls’ education and with her prominence, Pakistan gets into limelight in a positive way internationally."

Nonetheless, he believes that Malala has dented the position of retrogressive forces who happened to be blockers of women education. "She has given courage to other girls that they have a voice and they need to raise it."

He agreed with Prof Yousafzai that it is not Malala’s personal coverage; rather, it is the coverage of an all-time award winner. "This might be out of proportion. But being a media professional and researcher, I would say that once she gets an award or speaks to any high-level global forum, media cannot stop covering her."

Prof Dr Stig Hjarvard, whose work on mediatisation of politics and religion, has a very healthy observation to conclude. He told TNS, "I would say that a case like Malala clearly demonstrates that the media has implicated itself in political and social conflicts and come to co-structure the ways in which various social actors communicate and interact with each other."

Prof Hjarvard has worked extensively on populism and the threats it poses to democracy. He admitted that for all its tendencies towards conflict and controversy, media has brought the gender issue to the fore in Malala’s case. At the same time, he cautions, "The dynamics of media may not necessarily (in themselves) lead to more democracy or gender equality. Media has become important for agenda-setting and social interaction, but it may also be used for authoritarian purposes."