A new path to peace

Afghan President Ashraf Ghani’s maiden visit to Pakistan, in the backdrop of the US drawdown, has raised hopes of an improvement in relations between the two countries 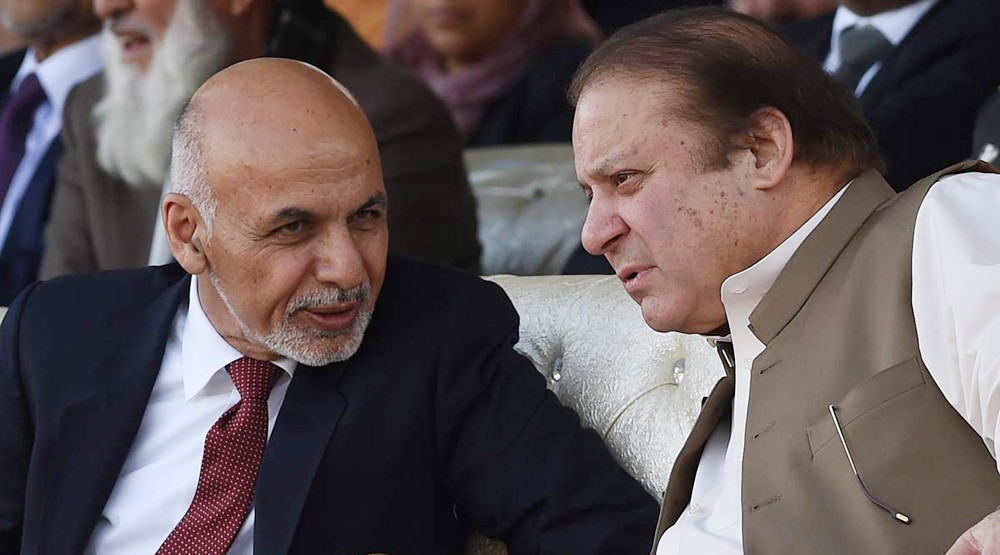 Starting and sustaining peace process in Afghanistan has always been a daunting task during different stages of the conflict over the past more than three decades, but the issue becomes controversial and complicated when Pakistan’s role in it is mentioned.

Once again in Kabul there is talk of seeking Pakistan’s help in establishing contacts with the Afghan Taliban to revive the peace process in Afghanistan and also involve China in it due to Beijing’s close ties with Islamabad. However, the initiative undertaken by Afghanistan’s new President, Dr Ashraf Ghani, has triggered a debate and not all the power-brokers in the war-ravaged country are in favour of involving Pakistan in the Afghan peace process.

Among the dissenting voices is Afghanistan’s former interior minister, Omar Daudzai, who earlier served as his country’s ambassador in Pakistan. The previous president, Hamid Karzai, gave him these jobs after Daudzai had served as an aide to him in the presidential palace, Arg, in Kabul. As the two have always been close to each other, one can assume that whatever Daudzai says could also be considered as Karzai’s views.

In a recent speech in Kabul, Daudzai said it would be a mistake to make another effort to task Pakistan to bring the Afghan Taliban to the negotiations table as Karzai had repeatedly tried this option and failed to get the required cooperation from Islamabad. He opined that President Ghani should find a new way to restore peace in Afghanistan as expecting Pakistan to offer help in this respect was no more than a dream. He asked Ghani to change the existing peace strategy and explore new options.

Daudzai maintained that the only way to achieve peace was to strengthen the Afghan security forces. He also accused elements in the Afghan security forces of supporting the anti-government armed militants. Lamenting that Afghanistan had been turned into a battleground for regional games, he opined that a regional coalition should be formed and serious US assistance be obtained to end the conflict in Afghanistan.

In his farewell speech at the end of his term as president, Karzai had advised Afghanistan’s new rulers, Ghani and Abdullah, not to trust Pakistan and the US as they were responsible for destabilising Afghanistan through blatant interference and by denying support to any peace initiative. He reminded the Afghans that he paid 22 visits to Pakistan, but was unable to receive support for making Afghanistan peaceful.

However, the issue isn’t as simple as Karzai or Daudzai make it out to be. If one were to believe them, all responsibility for making peace or war in Afghanistan rested with Pakistan. They refuse to admit their own failure to gain the trust of the armed opposition, primarily the Taliban, for starting the peace process. They are also reluctant to accept that causes of the Afghan conflict are mostly internal and needed to be tackled at home before pointing fingers at outsiders, such as the Pakistanis.

Agreements signed on the occasion of Ghani’s visit focused on improving Pak-Afghan trade and removing impediments to transit goods imported by landlocked Afghanistan via Pakistan.

There is no doubt that the players in the Afghan conflict have external linkages, but this is true of all groups and factions, including the ruling elite largely dependent on the US and its allies to sustain their power base. There has been interference in Afghanistan by several countries, but Pakistan is blamed the most as it is the convenient scapegoat for things that are sometimes real and often imaginary.

For example, the ‘strategic depth’ theory first coined by the then Pakistan army chief, General Mirza Aslam Beg, is now a thing of the past and unrealistic, but it is still highlighted to flog Pakistan. There is no way that Pakistan can seek ‘strategic depth’ vis-à-vis India in Afghanistan in case of a war considering the usually unfriendly ties between Islamabad and Kabul and the inability of even major powers what to speak of the weak Pakistani state to install and sustain a puppet Afghan government in the face of the fiercely independent Afghan people.

The new thinking in Pakistan is to extricate itself from the Afghan conflict and let the Afghans decide the type of government they want. There is also a growing realisation that militancy on either side of the Durand Line would harm both Afghanistan and Pakistan. However, there has been so much distrust between the two countries these past years that cooperating with each other to fight the common enemy has been even difficult to contemplate.

However, certain recent developments ranging from Pakistan’s military operation in North Waziristan against the local and foreign militants and the admission by the US that it has disrupted the activities of even its most lethal enemy, Haqqani network, has contributed to a likely change of heart in Kabul and Washington with regard to Islamabad’s contribution in the war against terrorism. This could also convince Kabul and Washington to take seriously Pakistan’s concerns regarding the growing Indian influence in Afghanistan and its destabilising effect on the region.

President Ghani’s maiden visit to Pakistan recently had raised hopes of an improvement in relations between Afghanistan and Pakistan, but there was also apprehension that the mistrust that has haunted their relationship for years would not be easy to overcome. The outcome of the visit is keenly awaited amid reports that his meetings with the Pakistani leadership were friendly.

Ghani became the first Afghan leader to pay a visit to the Pakistan army headquarters, GHQ, in Rawalpindi to meet the top brass of the army command. Pakistani military leadership is now waiting for Ghani’s response to its offer of training for Afghan army officers in Pakistan and equipping an infantry brigade of the Afghan National Army. A positive response from Ghani would help bridge the trust deficit between the two governments and their armies.

The agreements signed on the occasion of Ghani’s visit focused on improving Pak-Afghan trade and removing impediments to transit goods imported by landlocked Afghanistan via Pakistan. However, more important would be the progress on security-related issues as this would be the key to start trusting each other.

A new path to peace