Due to lack of proper laws, minorities in Pakistan find it hard to settle their matrimonial disputes 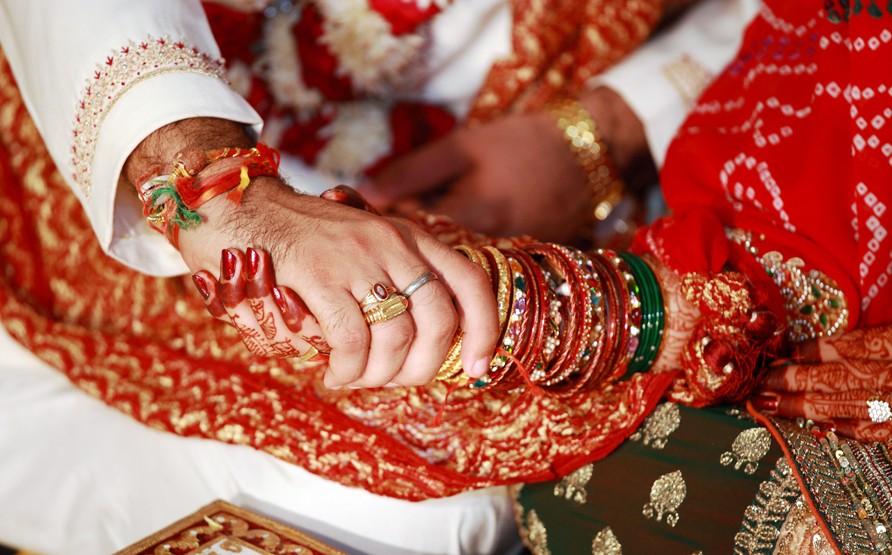 Democracy gives birth to pluralism, opening the door on numerically weaker segments of society to get into the mainstream the way numerically strong segments do. As early as 1920s, academicians and media professionals not only understood that media is instrumental in pushing the weaker segments to the margins of society but also put a mechanism in place to stop it.

They pressed that media professionalism should be elevated to a point where journalists themselves start taking care of the fact that these segments do not drop out of public discourse and become exposed to hatred, so that involvement of government in media affairs on this account is discouraged. However, after about a century, a lot is to be desired still and non-governmental organisations like Community World Service (CWS) have come up to fill this gap.

In a recent report entitled Religious Minorities and Marriage Laws in Pakistan, the organisation that rises to make sure that "marginalized communities are assisted irrespective of race, faith, color, sex, economical status and political opinion", explained that modern state has long taken over the role of regulating matrimonial matters from clergy but minorities in Pakistan are still at the mercy of clergy in these matters. It means 21st century remains to dawn for them yet.

Consider Christian Marriage Act (CMA) 1872 accommodates viewpoint of three major churches of that time. It was in 1970 that Church of Pakistan was established following Church of England in matrimonial matters. According to CMA, any bishop, minister (licensed by provincial government), marriage registrar or any other authorised person can solemnize marriage.

Marriage of native Christians does not require the parties to have a written declaration of their intent to marry or certificate of marriage, bringing the matter into grey area. The situation gets complex at the time of registration of these marriages with the Registrar General as the churches and licensed persons maintain their own record and do not go to the Registrar General as per law. Resultantly, courts and NADRA also rely on these marriage records.

Magnitude of the problem may be assessed by the fact the Supreme Court direction to all provinces that births, deaths, marriages and divorces of all religious minorities be registered at union council level has been lost in the officialdom. National Database through Civil Registration Management System (CRMS) has not been updated and relevant rules are lacking.

The CMA denotes appointment of marriage registrar for solemnizing marriages of couples who wanted it this way but provincial government no longer appoint these registrars. These couples come to marriage registrars because they want to escape traditional clergy and patriarchic families in most cases but this exit is being shut for them systematically.

Similarly, divorce among Christians has been stigmatized by the law. Will of couple to part ways is not respected and the spouse has to accuse the other of adultery, incest, bigamy, rape, sodomy, bestiality, cruelty or desertion or a combination of these to get out of the wedlock under the Divorce Act 1869.

A Christian can merry a non-Christian but a Christian man cannot merry a Muslim women as per CMA and Muslim Personal Law.

After Christians, Parsis are the second minority community to have a law for their marriage and divorce--Parsi Marriage and Divorce Act 1932. The law requires the provinces to appoint a marriage registrar and delegates for adjudication of disputes as well as dissolution of marriage. Like Christian divorces, the law does not allow collusion of the couple in seeking divorce. Further, no timeframe has been prescribed to adjudicate and decide matrimonial disputes. Cross-religion marriages are strictly prohibited and a Parsi has to renounce his religion to marry a non-Parsi which has raised many eyebrows.

There are eight types of Hindu marriages mostly placing women at the centre. Indian courts have declared Hindu marriage as a holy union and the Indian government has promulgated the Hindu Marriage Act 1955, allowing divorce but Pakistan lacks any such act.

Though sporadic attempts were made to put in place a law in this respect but compounding the problem is attitude of Hindus who insist they have "no concept of divorce in our religion." In the absence of any specific law, Hindus resort to the Special Marriage Act 1872 for registration of marriages. Lawyer Jagdesh R. Moolani argues that Hindu Married Women Right to Separate Residence and Maintenance Act 1964 suffices to deal with divorce matters.

Though Supreme Court has ordered the NADRA to identify Hindu marriages, lack of their registration continues to cause problems.

Sikhs have struggled to get a law for regulation of their marriages and divorce but to no avail. Resultantly, they have to approach Family Courts for adjudication of their marriage disputes. Pakistan-based Prof Kalyan Singh says a draft Sikh marriage bill was prepared but it could not be presented to the Parliament.

Sikhs consider marriage holy with no room for divorce like many Pakistani Hindus.

Special Marriage Act governs Baha’i marriages and a marriage registrar is there to register them but this community takes guidance from Kitab-e-Aqdas and International House of Justice for all matters including matrimonial ones. Though they can approach Family Courts but they prefer Local Spiritual Assemblies for settlement of their marital disputes. Baha’is were issued Marriage Registration License by Federal Auqaf Department. However, after passage of 18th Amendment, this matter was devolved to the provinces but no province has yet implemented this act.

Marriage age in Kitab-e-Aqdas is set at 15 years which falls in the category of underage marriages while the mandatory consent of parents of both male and female is considered an infringement on freewill.

Like Baha’is, Ahmadis too rely heavily on their religious setup for solemnizing marriages and settling their disputes. Personal laws in their Fiqh are somewhat similar to Fiqh Hanafi. Fiqh Ahmadiya, however, makes the consent of guardian of women necessary for solemnizing marriage. They face the marriage registration problems the same way as other minorities and their Fiqh allows underage marriages, setting puberty as a scale to measure the age fit to be married.

The issue of conversions is very disturbing. Hindu girls are converted to Islam, mostly in Sindh, and then Muslim men get married to them. International Convention on Civic and Political Rights, to which Pakistan is a signatory, aims at ensuring that every citizen has a right to profess her religion at will. Forced conversions are an open violation of this Convention.

Many non-Muslim married women want to get out of an unwanted marriage but the difficulties in getting divorce under The Divorce Act force them to suffer the abuse. They find conversion to Islam as a safe exit as it automatically dissolves their marriage with a non-Muslim. Had the provisions of The Divorce Act been flexible, these conversions could be stopped.

Similarly, many non-Muslim men could not break their marriage or want polygamy which is not allowed under their respective community laws. To achieve their goals, they covert to Islam and there is no stopping them. The Supreme Court has set some guidelines in Fatima Bibi case to stem this tide and they should be followed.