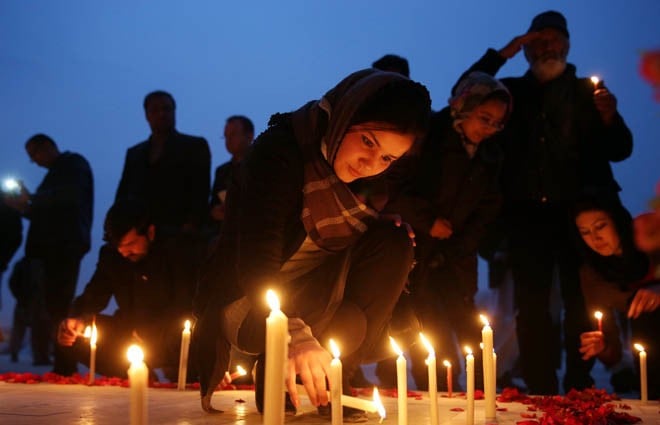 Afghanistan has historically been governed by a strong central government limited to Kabul with weak administrative control over the 80 per cent of Afghans living in rural areas. There has always been a divide between urban and rural classes.

The urban class is educated and modern while the rural class is less educated with a traditional disposition. Rural class prefers conventional customs and practices with a strong flavour of religion. The Taliban have been the representative of rural strata of Afghan society.

Since the US invasion of Afghanistan in 2001, there has been substantial modernisation, urbanisation, institution-building and state reconstruction and development. This has stabilised Afghanistan, giving dominance to urban class over the rural.

Afghanistan today witnesses a strong civil society. Civil society strengthens with an improved record of human rights. Since 2001, despite the persistence of traditional attitudes and Islamic conservatism in numerous areas of the country, civil society has shown traces of improvement.

With the fall of the Taliban regime, the establishment of the Afghanistan Independent Human Rights Commission (AIHRC) was a bold step in right direction. Its members are appointed by the government which makes its proceedings doubtful. Still, establishment of such institutions for a nascent state is a positive omen, keeping its track record in view. It is anticipated that with the passage of time, this institution will also become independent and safeguard interests of civil society.

There has been an increase of Afghan NGOs that work for ending human rights deficiencies. These NGOs monitor human rights practices and agitate for honouring the rights. During the Bonn Conference in 2011, different meetings took place on sidelines of the conference to help assess the progress of Afghan governance and highlight the role of civil society in governance.

The question of human rights and development of a vibrant civil society has been raised at all levels in the government of Afghanistan and its important bodies. The Afghanistan’s National Directorate of Security (NDS) is an intelligence agency. It is accused of extrajudicial detention and torture in the name of national security. However, the NDS in 2011 established a human rights unit to train its staff for honouring human rights and to investigate allegations of abuse and extrajudicial detentions.

In 2012, former president Karzai ordered disarming a local security unit whose members were accused of raping an 18-year-old woman in Kunduz province. In the same year, Afghan forces were sent to track down Taliban militants who had executed a woman for adultery in Parwan province.

The biggest hurdle in development of a civil society and honouring human rights is arguments based on religion. Taliban factor is contributing negatively to this effect. To counterbalance, the Afghan government has established the National Ulema Council which has taken a conservative stand on different issues pertaining to media and TV performances. The council has the powers to ban acts, performances or contents of a programme that are considered inconsistent with conservative Islamic values. On the other hand, some rock bands have been allowed to perform high profile shows since 2011. Because of a conservative society, alcohol is completely banned in restaurants and stores, although it is not banned for sale to non-Muslims.

Earlier in 2010, almost 350 clerics linked to the council voted for demands that Islamic law (Sharia) be implemented (including such punishments as stoning, amputations, and lashings) in order to prevent crime. The government did not implement the recommendation, which would require amending the Afghan constitution that does not implement Sharia.

Implementation of Sharia in today’s Afghanistan is a difficult phenomenon. The Afghan society is no longer a religious conservative society. It has gone through a multiple layers of revolutions and counter revolutions ranging from socialism, Islamism, conservatism, and currently free market economy. Thus, the society is fragmented with different poles.

Today’s Afghanistan is a combination of conservatism and liberalism with a tinge of western values. More and more expatriates residing in the West have returned to serve their country and in return have been paid handsome salaries in US dollars. Thus Sharia based legal system will not be easily acceptable to the people of today’s Afghanistan.

It is the past practices of religious dominance that forced the current government to exercise its full control over clerics and mosques. The model of the Saudi government has been followed tooth and nail where religious practices are followed as per the government commands. The Afghan government is gradually trying to regulate religious practices. By 2013, out of Afghanistan’s approximately 125,000 mosques, 10,000 are registered and funded by the government. Clerics in these mosques are paid about $100 per month and, in return, are expected to promote the government line. Thus, the opposition to development of a civil society has been curtailed to a great extent.

Development of a civil society is possible only when the sharp divide between the rural and urban areas is minimised. Under Dr Ashraf Ghani, it is anticipated that a strong and doable economic system will be developed which will work for the uplift of both rural and urban classes. An equitable development and prosperity of the rural and urban Afghanistan will result in the rise of a rich and robust civil society. This will also help better human rights. Thus 80 per cent of rural Afghanistan deserves more allocation of resources and funds from developmental budget.