A man of multiple talents

A moment of silence for Ahmed Aqeel Rubi, a conversationalist, poet and teacher 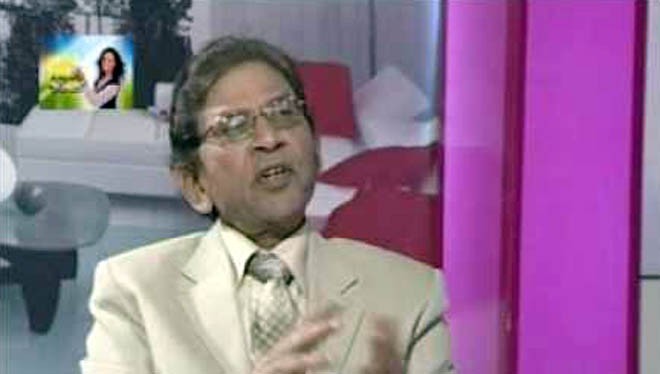 Aqeel Rubi’s demise has not only left many of his friends and peers grief-stricken but has also rendered the Pakistani society, at large, culturally poorer.

Extremely affable, he was a man of multiple talents: poet, writer, dramatist, translator, storyteller, novelist and teacher. His fascination with Greek literature and mythology was extraordinary.

He was a brilliant conversationalist. His every other sentence was followed by some quotes from one of the classical Greek laureates. Euripides, Sophocles and Aeschylus were his favourite playwrights, each of whom he would discuss at length in the staff room of Lahore’s FormanChristianCollege, inspiring many of us to read their works.

He also produced a book of credible quality on Greek literature.

After Saleem-ur-Rehman’s Mashair-i-Adab, his is one of the few scholarly attempts on Greek literature in Urdu.

Though Rubi had an uncanny ability to coin beautiful phrases and sentences, he usually faltered when extending his thoughts to an organised prose. This is a common predicament among Urdu writers, which has prevented them from developing a sustainable tradition of prose in Urdu. Probably for this reason, his more than three dozen novels could not draw much attention from the critics.

Other distinctive traits in him were his profound understanding of music and his photographic memory. He could reproduce passage after passage in proving his point, a characteristic which endeared him widely. Once in a while, in order to regale his friends he sang his own ghazals like a maestro of that art, one of myriad talents that he possessed but opted not to practically nurture. The only faculty he worked on with a semblance of seriousness was poetry.

These three innate features of Rubi’s personality -- poetry, deep acquaintance with music and memory -- made him an excellent conversationalist.

However, a problem that he seldom realised was his stretching himself too thin in a bid to explore so many genres simultaneously, with the result that he fell short of touching Olympian heights in any of his creative explorations. His style of work made him seem as if he was in a hurry and his overlapping ventures, at times, seemed quite directionless.

By temperament, he was a poet and his prose reflected it too. Mir Taqi Mir and Nasir Kazmi were the poets he admired most.

When I heard about Rubi’s death, I thought of my first meeting with him in 1987, when I had joined FC College as a lecturer in History. In the staff room, he walked up to me and introduced himself in his mellifluous voice, "My name is Aqeel Rubi and I teach Urdu here." I was amazed. He had no qualms about his seniority. At that moment, he seemed like a paragon of humility, which never deserted him. Since that day on, a bond of friendship was struck between us.

Rubi was a self-made man. He was not bitter or eccentric - and that made him unusual. He signified life to its full. He was proud of what he had achieved in life but not for a moment one could detect a trace of arrogance or self-righteousness in him. Probably, he was aware of the fact that in Pakistani society, class that is permanent is mostly determined by the socio-economic status.

Class mobility happens only in the wake of some cataclysmic change like partition of Indian but that too happens to those equipped with the requisite measure of crookedness. Climbing up the social ladder requires the audacity to be corrupt and manipulative of which Rubi was absolutely devoid. He struggled and struggled hard throughout his life from the lowest echelon to a position of relative respectability. In that process, he changed his name from Ghulam Hussain Soz to Ahmed Aqeel Rubi. Therefore, many people, despite being very close to him, did not know his real name.

Because of his preoccupation with the film industry, he forged close connections with stars such as late Muhammad Ali and Zeba, Agha Talish, Sultan Rahi and Syed Noor to name a few. Rubi also met some legendary bollywood stars like Dilip Kumar and Manoj Kumar. At the inauguration of his books at Faletti’s Hotel, Lahore, another bollywood star, late Rajender Kumar, made an appearance and recited a poem from his book.

After his retirement as a professor of Urdu from FC College in 2000, he devoted himself to writing and translation which he was quite good at. Now, for the sake of company, he started visiting Intizar Husain, Masood Ashar and other laureates of their ilk. But Rubi had no longer the company of young scholars and students whom he could inspire with his literary sensibility, his poetry, his unending tales embellished with poetry and Greek quotes, which contained a great deal of social insight.

Rubi had to live a secluded life at the fag end of his life. In all reckoning, Rubi was humane, compassionate and a loveable human being. A person who believed in doling out love, Rubi was exceptional.

Because of his smoking habit, he had to suffer from lung cancer. He recovered temporarily from the ailment but eventually succumbed to it.

Rest in peace, dear friend, you, your conversation and most of all the compassion in you, will be greatly missed!

A man of multiple talents