A sexist ideology on the basis of tradition? 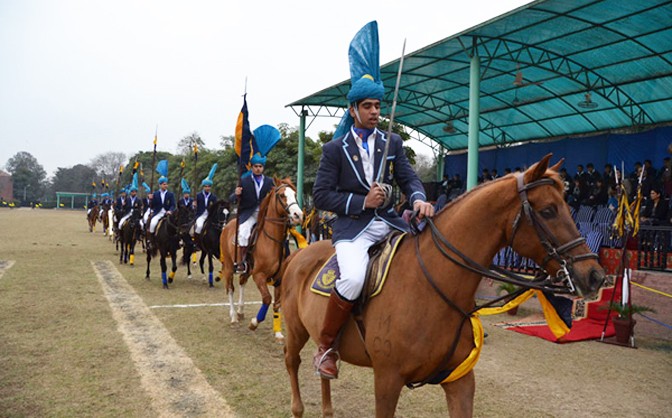 When little birds all over the highly sensationalised news channels announced that the Higher Education Commission (HEC) had pushed forward for an Aitchison College for girls, the self-proclaimed ‘liberal elite’ of Lahore, associated with the actual school, became severely and unevenly divided. Social media became host to the outrage and appreciation caused by the initial spark, having Aitchisonians -- past and present -- voicing their views on the matter.

In a supposedly post-feminist world, it was surprising to see that beyond the number that refused to even take the ‘outrageous’ idea seriously, a majority expressed disbelief and criticism at the idea based on how it challenges the pivotal traditional values of the school.

"This is a bad idea. I am not being sexist but Aitchison has always been for males!" exclaimed one individual on a Facebook status which was in approbation of the proposed change.

"If our government plans on making a school for girls, it’s great. But why name it Aitchison College?" wrote another seemingly educated adolescent boy. "Aitchisonians have already abandoned so much of their legacies that it’d be a shame to see the one similarity left, between the Aitchison of now and the one 128 years ago, slip away."

Established in 1886, Aitchison College was one from a plethora of sub-continental Chief Colleges formed in the same time period. Initially, the school proudly only admitted sons of Nawabs and in Grades 1 and 2 only, now the college is known widely and happily as one that offers scholarships to the less privileged and opens admissions throughout Grade 1-9 and then Grade 12.

What is surprising is that submerged in these traditions, Aitchison prides itself on a history of educated progression and acceptance of post-traditional benefits. It seems almost ironic that while the other sister colleges have gone co-ed since the 1990s, Aitchison College defends a ‘disproven’ and sexist ideology on the basis of tradition. It is almost sick to witness the reactions of our educated few towards this phenomenal step.

The question here is redundant at this point: if the college was willing to forgo the previously mentioned traditions in the name of progression, why does it seem to hesitate when it comes to this one?

Now the hysteria starts at the realisation that while the college and its pupils consider themselves a global institution, their reaction is explosively anachronistic with the world and its ‘He for She’ campaigns, Gulabi Gang movements and innumerable feminist organisations and programmes. The hysteria ends and the worry starts when these so obviously sexist and backwards comments are defended with ‘I’m not being sexist’ and ‘It’s great that we’re having a school for girls but…’ because they do not show progression, they show how despite the successful waves of feminism, our boys, at this age, are only ready to vouch for women’s rights as long as they do not directly affect them.

It is even more worrying that these are supposed to be the voices of apparently our crème de la crème and these are the voices we are sending out in the practical world.

An Aitchison College for Girls, or an implementation of co-education in the current school, is absolutely vital. Not because it seems like an aesthetic stand for female rights but because the trend for all boys’ schools is one that needs to die down. Not just for proven social reasons but also to destigmatise the association of boys and girls.

However, what is more necessary to do is to ensure that any progressional institute should take immense care of what ideas its pupils propagate because every institution, especially one that so openly visualises its pride, is responsible for what circulates in the audience it begets.

I wish I could end this on the note that opinion is categorically representative of the people who write, create or exist but unfortunately, we are not there yet. This piece solely depicts the views and opinions of the author.

A sexist ideology on the basis of tradition?