The genie of corruption recedes to the realm of theology again, possibly to be resurrected in the real world only when it serves an argument of convenience for those destined by caste to rule 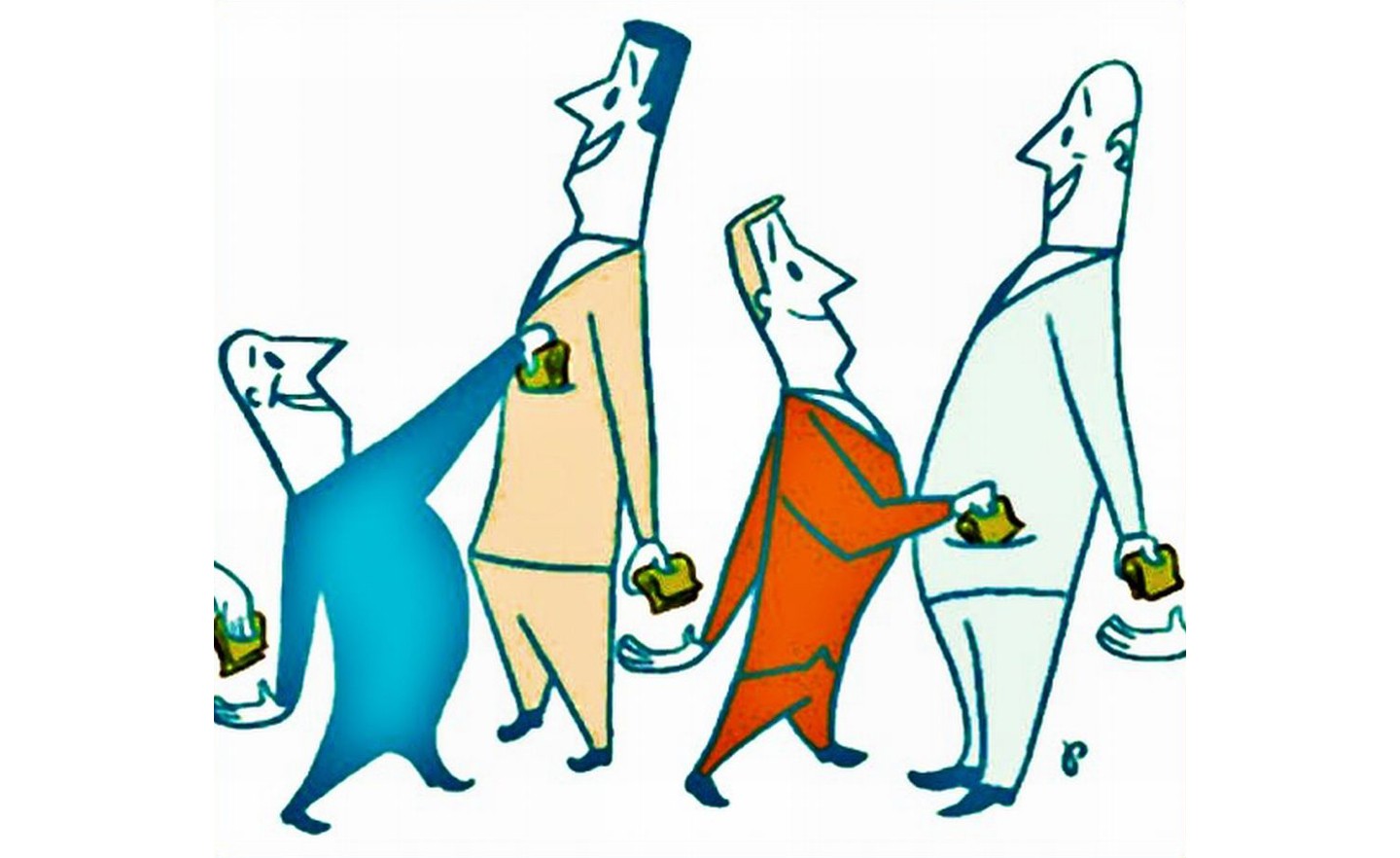 Rendered in Hindi, "corruption" resonates with "bhrasht", the Sanskrit word connoting ritual pollution under India’s caste system. At the Jaipur Literature Festival in 2013, the social psychologist and political commentator, Ashis Nandy, had the misfortune of stubbing his toe against this reality.

The perceived explosion of corruption in recent years, Nandy proclaimed, with characteristic and contrary logic, was evidence that the Indian republic was in fine fettle. Corruption was a monopoly of those traditionally disadvantaged in the caste order: dalits and backward classes. The proof lay in the state of West Bengal, which offered not the faintest whiff of corruption since the lower strata in the caste hierarchy had never remotely approached the levers of power there.

Nandy misspoke monumentally, perhaps a little heady from the celebrity narcissism that the Jaipur festival promotes. He was soon in deep remorse as the call went out for his arrest and prosecution under a law that sanctions words and deeds injurious to those disadvantaged by caste. Soon enough, the storm of protest abated, relegating corruption once again to that realm of the public discourse -- part theology, part fantasy -- where it has long resided.

Corruption still proved a potent weapon in the political battlefield, partly because it was not so easy to pin down. The Manmohan Singh government provided a ready target, as did the dynastic power that lurked just behind, resonant with the theme of the Ramayan epic, where a doting mother seeks the throne for a loveable but undeserving son. The country deserved better and the Bharatiya Janata Party (BJP) found just the standard-bearer to loudly proclaim its unique ability to make that possible.

Six months into its reign, the Narendra Modi government flounders as it seeks to cope with the legacy of the regime it displaced. The bravado about bringing back monies illicitly squirreled away in Swiss Bank accounts is dissipating as the government proves inadequate to the task of establishing the criminality of these holdings. Where it can, it has to be wary about adverse reactions among its political donors. And it is simply unwilling to face up to the fact that most illicit hoards nestle safely within the capacious folds of the Indian economy. The main black money fountains, indeed, may be the markets in shares, real estate, and commodities, which yielded generously of their riches to fund the BJP’s victorious election campaign this year.

Perhaps these deeper realities were the intent of Nandy’s remarks on corruption being a monopoly of the lower castes. There is no way of knowing since he has retreated into a cocoon of protective silence and the firestorm of protest that followed his statement defeated a deeper interrogation.

There is a formal system of law which enshrines the notion of equality of both rights and wrongs. A person would enjoy the protection of the law till he chooses to violate it, when he would suffer the consequences exactly as anybody else would. But there is the deeper legality which enshrines relationships of dominance and power, where violations of the formal law are vital in keeping the system in motion.

Occasions arise, especially in nations governed by universal franchise, when outsiders seek to butt their way into the system, potentially destabilising its inner dynamics. Precisely, such a moment occurred in India in 2004, when Manmohan Singh found himself an "accidental prime minister", as an acolyte since estranged, has termed him.

Nobody could quite understand how the Congress party had beaten back a tide that seemed to run strongly in favour of the BJP. In that milieu of confusion, the notion gained traction that the BJP had paid for its cavalier disregard of the crisis of livelihoods in the rural sector. By the logic of that wisdom, the Congress government was soon afterwards motivated to launch an ambitious rural job guarantee programme.

The strategy worked for a while. India drew a lucky number in the casino of global finance and entered on to a pathway of rapid growth in 2004. Revenues were buoyant and the government could for a substantial length of time, support the ambition of its rural employment guarantee.

Things began running aground with the global financial meltdown of 2008. The Manmohan Singh government chose to tough it out for a while, keeping the rural employment scheme running despite the economic slowdown. That may have paid dividends in another rather unanticipated electoral triumph in 2009.

Soon afterwards, the whole edifice fell apart. A newly entitled middle-class, heady with visions of a merited place on the global high table, reacted with visceral fury as their dreams unravelled. And the anger focused on the lower orders that had claimed a space they did not deserve within the idyll.

A report from the principal auditor of the Indian government was meanwhile available which purported to find a loss to the public of Rs170,000 crore (1.7 trillion) from the auction of the communications spectrum to private telecom operators. At the centre of the scam was the minister-in-charge of the portfolio at the time, a dalit from the southern state of Tamil Nadu, who subsequently spent quality time in jail while investigations were carried out and charges framed.

It is another matter that the trial has made little headway since. And evidence of criminality has only emerged in respect of transactions of a few hundred crore (or thousand million) rupees -- several orders of magnitude below the audit finding. That seemingly is immaterial as the genie of corruption recedes to the realm of theology again, possibly to be resurrected in the real world only when it serves an argument of convenience for those destined by caste to rule.