A constitutional amendment is inevitable to ensure proper representation for minorities 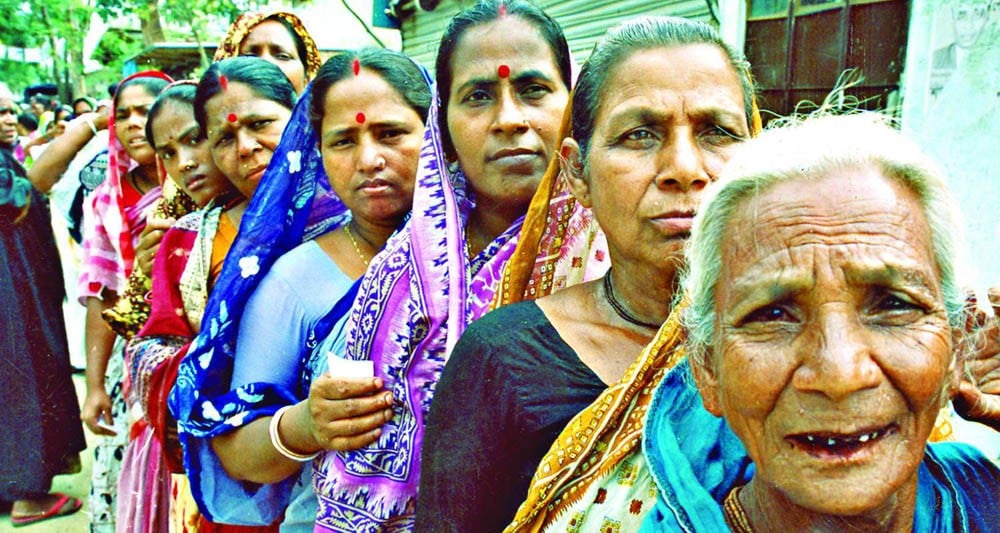 Electoral reforms, as a whole, are a subject of discussion primarily at two forums--the Election Commission of Pakistan which prepared a five-year strategic plan (2014-2018) encompassing comprehensive electoral process and a system and a cross party parliamentary committee for electoral reforms which has been working since July 2014. Yet, some recommendations might flow from a third source, which is the commission due to be formed by Supreme Court of Pakistan as requested by the government for examining the complaints about irregularities in the last elections.

The Election Commission of Pakistan, which planned inclusion of minorities and persons with disability in its Strategic (implementation) plan 2014-2018, aptly remarked about the mode of election, "the Commission believes electoral system (for reserved seats) should be reviewed in order to introduce reforms that make it more representative." However, there is no indication so far that the electoral reforms committee plans to review the system of reserved seats.

There are three reasons why the parliamentary electoral reforms committee should find a way to solicit and incorporate the concerns of religious minorities. First, though the separate electorate was abolished on a popular demand, including by the minorities themselves, the new system of reserved seats was introduced (2002) by National Reconstruction Bureau without a proper consultation with the stakeholders. Hence, there are concerns about the effectiveness of the mode of nominations on the reserved seats. Furthermore, the accountability before and the outreach of the minority representatives to the electorate they represent is questionable in the current system.

Second, the electoral reforms committee lacks representation of the religious minorities and a mistake made during the constitutional review in 2010 should not be repeated. Third, the arrangement of reserved seats should move forward from symbolic presence and aim at a robust political participation of the minorities.

For all good reasons, a qualitative and quantitative evaluation of the mode, size and quality of political reservation of seats is as much required as taking new measures to achieve the purpose of having this representation.

According to a FAFEN study, four minority representatives in the Senate, 10 in the National Assembly and 23 in four Provincial Assemblies did participate in the debates on the budget, sponsored resolutions about incidence of violence against minorities and spoke on point of order during 2013-2014. However, they did not move any bill concerning the matters vital to minorities such as review of personal laws, affirmative action, and the abuse of blasphemy laws, curtailing institutional and social discrimination. So, the trend of weak minority participation in the lawmaking during past 30 years basically persisted.

The recurrent incidence of violence shows that the minority representation and the ministries thereof did not add to the protection of minorities. It can be argued that they have only a shared responsibility in protection of their constituents and the political system may not have empowered them enough to shoulder the responsibility adequately. Nonetheless, having a political representation should make difference on the pressing issues such as protection of minorities’ settlements, places of worship, forced conversions.

The reserved seats for minorities are filled through a priority list of the candidates submitted to the Election Commission by respective political parties, weeks before the general election. While the political parties have tried to devise a criterion for selecting suitable candidates, yet the process is highly centralised and susceptible to corruption.

The intra-party electoral process will have added benefits of strengthening democracy and transparency within, and saving time for steps that the respective political parties will take to address issues of minorities regarding establishing more equality and non-discrimination. An amendment to the Representation of the People Act 1976 or the draft of "uniform electoral laws" recommended by Election Commission of Pakistan would be necessary to give effect to this proposal.

In the current scheme, the outreach and public contact of the minority representatives is restricted by two factors; lack of demarcation of constituencies for reserved seats and lack of distribution of seats for different religious minorities in national and provincial assemblies. Therefore, since 2002 the balance in assemblies was tilted towards either Hindu or Christian representatives leaving smaller minorities out. Moreover, the representation hailed mainly from a few urban centres, therefore, their outreach to minority communities was limited.

A demarcation of constituencies for seats reserved for minorities living in length and breadth of country would be necessary. This demarcation should consider the representation of minorities in federal areas and Gilgit-Baltistan.

It is also a fact that the minority seats have not been increased since 1985, whereas the general seat for national and provincial assemblies were increased at least by 30 per cent in addition to 17 per cent for women. The delay in increasing seats for minorities defeats the purpose of affirmative action.

Therefore, besides a generous increase in reserved seats that accommodate all religious communities including the Buddhists, Bahais, Kailash and Ahmadis, the affirmative arrangement should be expanded to areas such as Gilgit-Baltistan, FATA, and to more disadvantaged groups such as farmers, labourers and disabled persons. Certainly a constitutional amendment would be required, which would be inevitable to introduce changes concerning electoral process.

The use of national identity card as the only means of verification for voting has implications on exercising right to vote especially for the disadvantaged groups. Though NADRA has made remarkable efforts, a special registration drive will have to be launched for issuing identity cards to the people who are left out due to circumstances involving debt bondage, gender segregation, and enforced displacement.

The electoral reforms committee would do the democratic system a service by setting some ground rules to facilitate the participation at local governments, though a provincial subject. The provincial laws on local bodies reflect a lack of consensus about mode of election on the reserved seats including minorities. For instance, the Punjab Local Government Act 2013 does not provide for direct elections for reserved seats for the District Council and Urban Local Councils (metropolitan bodies),which makes this participation less representative in the province.

The deadwood in laws and policies based on religious preference undermine the objective of equality among citizens. One would like to believe that such discriminations have to be eventually removed to comply with standards of human rights. As far as electoral laws the declaration of religion required for enrollment for voters and candidates is unnecessary, thus it should be abolished and a joint electoral roll should be prepared.

The population census data is old and controversial, and will not serve the cause of social justice if used as a parameter for determining representation. The reforms committee should base the affirmative action on the principle of social justice enunciated in Article 37 of the Constitution.

Socio-economic and political exclusion will have to be compensated with new sets of merits for the marginalized with a generous, well-articulated and structured inclusion of minorities in the mainstream of Pakistan.