Poison in the body politic

Takfiri ideology, coupled with the culture of impunity, continues to fuel attacks on Ahmadis in Pakistan 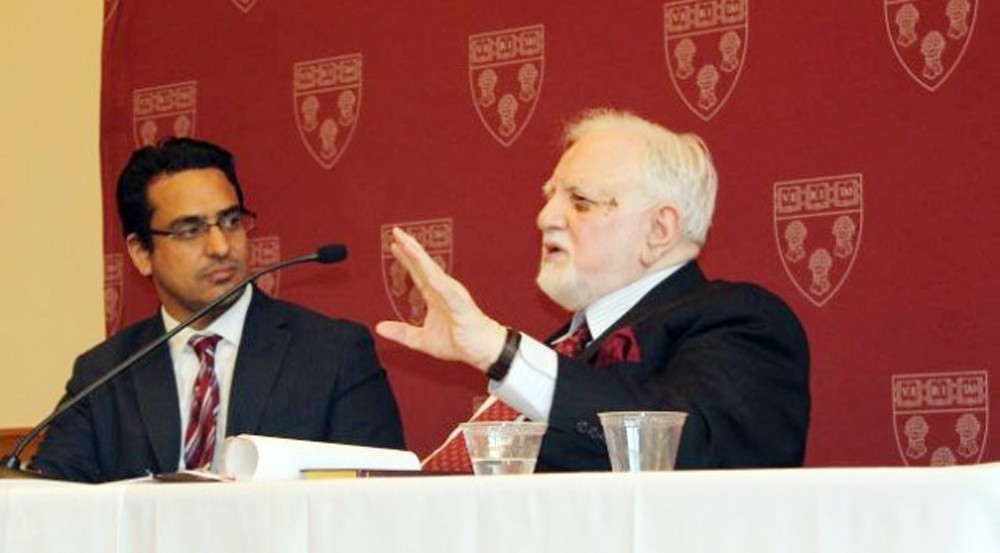 Forty years ago, Pakistan’s parliament passed the Second Amendment to the 1974 Constitution, declaring Ahmadis as non-Muslims. The move, taken presumably under Saudi pressure, has led to far-reaching consequences that are tearing the country apart.

Pakistan’s Ahmadi citizens, who first supported the call for the new nation and then Bhutto, swallowed the bitter pill. Their reasoning: "They declared me non-Muslim, but they cannot make me non-Muslim," to quote Supreme Court advocate Mujeeb-ur-Rahman, now 83 years old.

A decade later, the military dictator Gen. Ziaul Haq went a step further with Martial Law Ordinance no. 20 of 1984 that criminalised Ahmadis’ expressions of their faith.

"These are shameful laws," says Farooq Kahloun, 57, an Ahmadi leader and businessman in Karachi who left everything behind and fled Pakistan after assailants killed his son Saad two years ago. The attack left Kahloun severely injured, with four bullets still lodged in his body.

The amendments violate Pakistan’s own Constitutional provisions, specifically Articles 8-27 that uphold human rights and freedom of religion, and also encourage a ‘Takfiri’ ideology (declaring someone a non-Muslim).

Interestingly, Ziaul Haq’s first television broadcast after usurping power did not ring alarm bells, said Rahman, speaking at Harvard Law School last month -- a talk he started with ‘Assalamualaikum’ (for which he could face up to three years imprisonment in Pakistan). Currently in the USA giving lectures at various universities on the legalities of the issue, he carries with him the two books he adheres to and frequently quotes from: the Quran and Pakistan’s Constitution.

The notorious ML Order XX soon criminalised Ahmadis’ expressions of faith. Adherents of the Takfiri mind-set hounded Dr Abdus Salam, Pakistan’s first Nobel Prize winner and an Ahmadi, out of the country. After his death in 1996, a magistrate ordered the word ‘Muslim’ to be erased from Dr Salam’s gravestone. The defaced slab now has the senseless fragment, "the first…  Nobel laureate".

Schoolchildren are given stickers to put on their books saying they refuse to be taught by Ahmadi teachers.

President of the Ahmadi jamat of Baldia Town, Kahloun had been getting threats and phone calls for some years. Slogans terming his family "kafir" appeared on their front gate. The wall around the empty plot across from his house was whitewashed and covered with anti-Ahmadi refrains - "Qadianis wajibul qatal" (It is justified to kill Ahmadis), "jo Qadiani ka yaar hai ghaddar hai" (Friends of Ahmadis are traitors).

No one removed those slogans, just as no one removes similar banners that keep cropping up at busy intersections in Pakistan’s major cities.

After Saad’s death, the police asked Kahloun if he knew who the attackers were. "I told them, you can find the people who did the chalking on that miles-long wall, it must have taken them days… you can find them in five minutes…  you will know who attacked me".

Also read: "There’s no scope for scope for a counter response from Ahmadis"

He believes that "these are people especially entrusted with extermination", not locals.

"I knew I could be killed at any time, and was mentally prepared. But I never thought they would hurt my family," he says over the telephone from Tennessee, where he now lives with his wife and daughter Saba, a doctor. "We could not live in Pakistan anymore. Any Ahmadi will leave if given the opportunity, though no one would leave if he had a choice. Our life in the USA is peaceful and secure, but we will do anything to help improve things in Pakistan. We can fix it all, if the law and order situation improves, and equal rights are ensured."

Wall chalkings terming Shias as ‘kafir’ or infidel since the Zia years created an atmosphere of support for Takfiri militants who have been targeting Shias in huge numbers. The Human Rights Commission of Pakistan reports that 687 people were killed in over 200 sectarian attacks in 2013, 22 per cent more than in 2012, while 1,319 people were injured, 46 per cent more in 2012.

Kahloun can reel off case after case of Ahmadis who were target-attacked and killed in Karachi. "The aim is to get them out of their areas. Those who are left in Pakistan are moving to Punjab or other places where they have relatives. That creates other issues. People don’t have space to put up entire families indefinitely," he says. "They want to make the earth tang (tight) for Ahmadis. We can only pray for a miracle."

Besides the banners and wall chalkings against Ahmadis and Shias, schoolchildren are given stickers to put on their books saying they refuse to be taught by Ahmadi teachers. Stickers on shops saying "No Ahmadis allowed" are being put up in shopping centres.

This constitutes hate speech and incitement to violence. There are laws against it in Pakistan. The police need to be empowered, trained and equipped to nip such petty criminal offenses at the local level in the bud to prevent them from feeding the larger terrorist network.

So far, Pakistan is the only country where it is a criminal offense for Ahmadis to profess and practice their faith, but state-sanctioned discrimination and persecution of Ahmadis elsewhere are increasing.

"Pakistani laws are the most aggressive," charges the advocate , Pakistani-born, US-based Ahmadi lawyer and author of The Wrong Kind of Muslim (2013) that documents Ahmadi persecution in Pakistan. "But other countries have started following Pakistan’s example. The onslaught is led not by locals but by Pakistani mullahs".

Bangladesh has banned Ahmadi books on religion, Ahmadis are under attack in Malaysia, and Indonesia has started sealing Ahmadi mosques.

"The number of Ahmadis and religious communities seeking asylum abroad is steadily increasing," says Rashid. "This shows the importance of maintaining freedom of religion and conscience worldwide. It is the failure to uphold these rights that empowers and emboldens groups like Taliban and ISIL."

Can we really afford to ignore this issue or to dismiss it as "their" problem? "Injustice anywhere is injustice everywhere," as the great Martin Luther King said.

Poison in the body politic