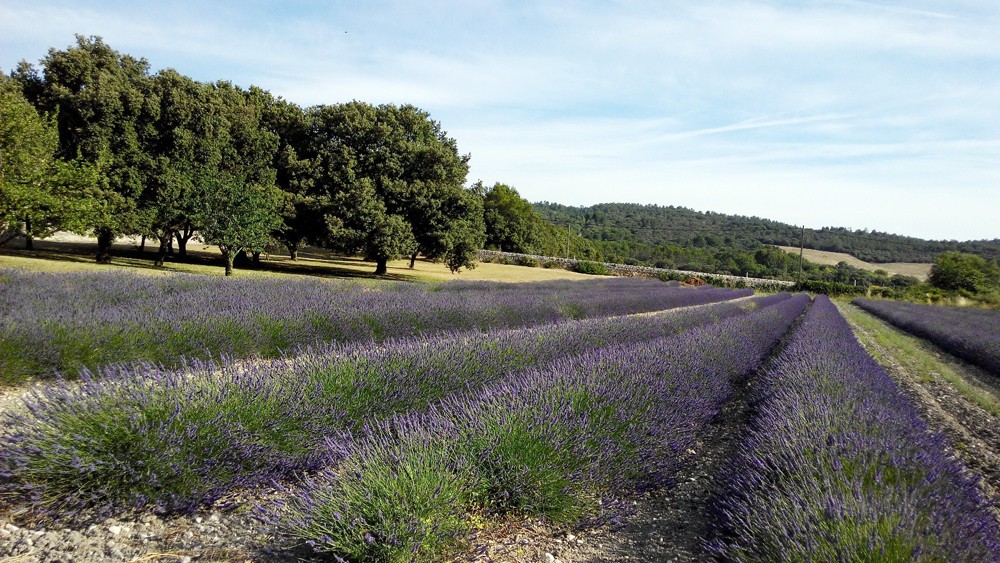 There was a lot of uncertainty and trepidation before we left for the south of France as the attack at Karachi airport had taken place a day before.

This was to be our first visit to that part of France and we had a vital reason to be there that particular time of the year. Our daughter was getting married to a young man from the south, and we hoped and prayed that our trip would not be in jeopardy. Apart from this, there was the desire to visit that region, which had inspired some of my favourite artists to paint in the impressionist art style.

As we know, among all the art movements of the world, the 19th century French Impressionism movement was a momentous break from tradition in European painting. Bright and vibrant outdoor paintings by great artists such as Degas, Manet, Pissarro, Matisse, Renoir, Van Gogh, Cezanne, Picasso, and others in small strokes of pure and bold colours suggest fleeting impressions of light, capturing the beautiful landscape all around.

These artists spent long periods in Provence, a historical province in the southeastern section of France, which extends from the left bank of the Rhône River on the west to the Italian border on the east, and the Mediterranean Sea on the south.

We landed at a rather sleepy airport in Marseille where our daughter’s former professor, Veronique Plesch, was waiting to receive us. She had arrived there from the US to participate in the wedding celebrations, and besides being an art historian she speaks several European languages. She also has a thorough knowledge of the geography and history of the area, therefore, we were privileged to have her as our guide for the rest of the day in Marseille and later for Avignon and a couple of other places in the days preceding the wedding event.

The sky in Marseille and the Mediterranean Sea had a pure azure hue and a unique light.  Marseille is the second largest city in France and its largest commercial port. It rests between the sea and surrounding hills. The capital of the Provence-Alpes-Côte d’Azur region, it is an ancient city, said to be founded some 2,600 years ago.

Although the 26 centuries of the city’s past offers a variety of heritage sites such as the Notre-Dame de la Garde, the Saint-Jean and Saint-Nicolas forts in the Old Port, but my husband had his architect’s hat on and requested our charming guide to take us to the legendary architect Le Corbusier’s Unite d’ Habitation, also known as the Radiant City -- a Unesco world heritage site.

He wanted to see this stunning and sculptural architecture more than anything else in Marseille.

Built between 1947 and 1952, it was conceived as a social housing after people were displaced due to the bombings in World War II. There are tall trees, shrubs and open spaces with ample parking around the building which has a colourful and iconic façade. It has 23 different types of residences within 337 apartments accommodating some 1,600 residents in the18-storey block. The narrow flats are mostly arranged as two-storey duplexes with a double-height living room at one end. After stopping for some snacks at its café, we climbed the roof for a great view of the bay of Marseille. The roof has a nursery, a running track and swimming pools, as well as a large space for art activities.

As our son-in-law Benoit’s parents were eagerly waiting to receive us at their home in Bollene, so we had limited time on our hands. After driving some more in the city, we set out for Bollene, which is an interesting town with a rich history. It is built around a low hill near a big canal. There are small streets with new and old houses and a few old portes remain. From their home we had an excellent view of the open expanse of vineyards, olive trees and more.

We were enjoying the family’s wonderful hospitality, the food and fruits, fresh air, clear skies, an intoxicating scent from the lavender fields around and the Linden tree in the garden whose flowers attracted hundreds of butterflies that hovered around it, circled around us, and flitted in and out of the house. We were looking forward to meet the rest of our family members and friends coming from all over the world to participate in the wedding festivity.

By now the ugly and tragic event at the Karachi airport was far from our minds.

The next day we set out for Avignon, city of the Popes, where the ancient town centre is enclosed in medieval ramparts. Seven successive Popes resided in Avignon between 1309 and 1377, but Pope Clement V had decided to make Avignon his permanent residence; therefore, the city’s architectural physiognomy changed in the 14th century forever and still contributes to its economic growth.

The four towers of the majestic Palais des Papes (Popes’ Palace) rise up to 50 metres height. It is the biggest Gothic palace in all of Europe, and also one of the most visited medieval heritage spots in France.

After having a great lunch, including a Lapin a la Cocotte (rabbit meat casserole) in its piazza we headed inside. We saw over 20 rooms depicting scenes of historic events, and the frescoes painted by Italian artist Matteo Giovannetti, as well as the Pope’s private chambers. However, a contemporary art show in a large hall of the palace looked a bit out of place there.

It would have been great to attend the Avignon Theatre Festival, an international event for theatre, dance, music and readings, which takes place annually in July. We learnt that the palace’s imposing open-air stage and the space around it that was being prepared at the time, seats almost 2,000 spectators. After walking out of there with extremely tired feet, we made it to the parking lot where Veronique had left the rented car.

She then drove us around the city for a better view of the Saint Bénezet Bridge, made famous due to the French song "Sur le pont d’Avignon, On y danse, on y danse…" (On the bridge of Avignon, They are dancing, they are dancing…").

My husband still remembers it after learning it in school all those decades ago, and I had a great time listening to him and to Veronique singing it in the car. She was singing, laughing, keeping her eyes on the GPS gadget for directions, braving the traffic, and informing us of the history, art and culture of the city… all at the same time.

"There is a town called Isle-sur-la-Sorgue in Provence, well known for its antique market, and I want to drive you there," announced our gracious guide the next morning.

So, we went off with her on a long drive. Once, despite the GPS, we lost our way because of some detours; just about tumbling into a ditch on a narrow village road, and so on, but the adventure was worth it in the end.

It was great fun browsing at the antiques on display in rows and rows of shops once we reached that delightful town on the banks of the river Sorgue.

The charming countryside with low hills and endless rolling fields of sunflowers and lavenders, and vineyards dotted with beautiful medieval villages offered a more relaxed and enjoyable time on our way back. One was now more and more won over and understood why the romantic allure of Provence held so many of the great artists in its hold.

For my next visit, I have made a note to follow Van Gogh’s path in Arles, visit Cezanne’s home in Aix-en-Provence and Renoir’s in Cagnes-sur-Mer. Also, Chagall’s museum in Nice and Picasso’s in Antibes will be on the itinerary. 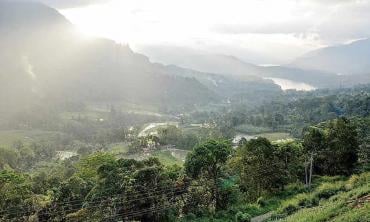