Why not Azhar Ali?

If someone thinks Azhar’s strike rate of 64 runs per 100 balls is a problem, he should have a look at the statistics of the 1992 World Cup 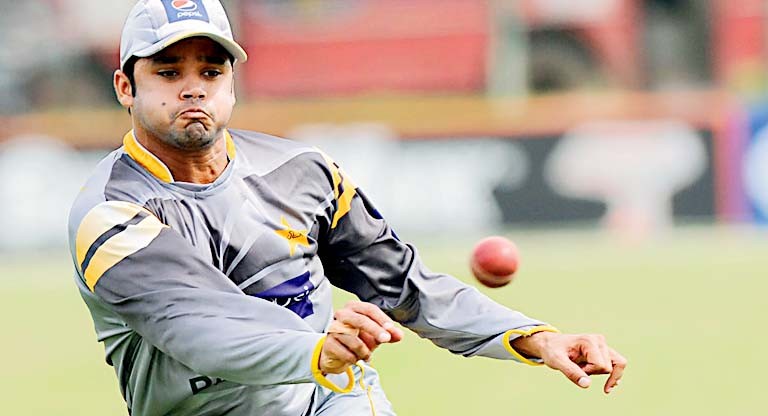 The results of the One-day International series against Australia made it amply clear that the biggest issue for the Pakistani team right now is not its bowling or the opening batsmen. It is the lack of a solid, reliable middle-order.

In the three matches, the middle-order consisted of Asad Shafiq, Fawad Alam, Misbah-ul-Haq, Umar Amin, Sohaib Maqsood, and Umar Akmal. On paper, four of these six players look fairly competent. Misbah, Fawad, Umar Akmal and Sohaib all have reasonable records with averages of 43, 45, 36 and 35.

But they failed to deliver against Australia, one of the stronger sides in the world today. That, too, on pitches considered the easiest for the batters.

One can imagine how this batting line will fare against the best of the world’s bowlers on pitches of Australia and New Zealand which provide pace bowlers plenty of bounce and seam movement.

Interestingly, he averages more than 41 in ODI cricket in which he has been given only these 14 chances since his international debut in the summer of 2010. On the other hand, in Tests, for which he is thought to be competent enough, he averages 38.

If someone thinks Azhar’s strike rate of 64 runs per 100 balls is a problem, he should have a look at the statistics of the 1992 World Cup. Javed Miandad was the anchor of our triumph in that. He scored 437, the second highest in the tournament, and he had a strike rate of 62!

Besides, captain Imran Khan, with whom Miandad built the innings in the final, had a strike rate of 52 in that tournament. And he took 110 deliveries to score 72 in the final. Miandad consumed 98 deliveries for his 58.

Stability in batting line is crucial in any event and more so in the World Cup. Bringing Azhar Ali in will give Pakistan batting line that thing.

When Pakistan have such aggressive openers as Ahmed Shehzad and Sarfraz Ahmed and six-hitting lower middle-order batsmen as Umar Akmal and Shahid Afridi, they should not be worrying about strike rate. Big-hitting batsmen are not all that a team needs to have to win matches in a major ODI tournament.

It looks as if everyone has started thinking in terms of T20 cricket. Azhar Ali may not be the best choice for Pakistan’s T20 squad, but in the ODI side his presence will add much strength.

In technique and temperament, he is far superior to both Asad Shafiq, who averages just 26 in ODIs, and Umar Amin, who has played 15 ODIs for Pakistan and scored only one fifty -- and that too against Zimbabwe.

Why not Azhar Ali?