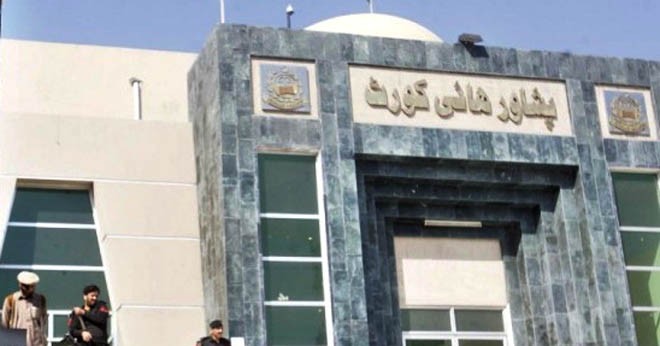 In the last three months, dead bodies of about 20 missing persons have been handed over to families, and the incharge of each internment centre has declared the deaths to be natural.

The families, on the other hand, claimed the bodies had signs of torture.

The deaths of previously missing persons in the internment centres is a challenge for the Peshawar High Court (PHC) -- as the Chief Justice Mazhar Alam Miankhel has directed the government to release the detainees against whom there are no charges, and those accused of terrorism and anti-state activities be tried in Anti-Terrorism Courts.

Abiding by the orders, the security forces shifted some of the seriously ill internees to the Lady Reading Hospital (LRH) in Peshawar, and kept them in a separate ward under tight security.

On September 25, Hasan Zeba, resident of Bakhshali village in Mardan district and mother of two missing sons who were shifted to the internment centres after remaining missing for about two years, informed the two-member bench of Chief Justice Mazhar Alam Miankhel and Justice Malik Manzoor Hussain that she received a call from Kohat prison, asking her to collect the body of her son Shah Wali. She also met her other son Naseem Shah, who has been detained at the internment centre in Malakand.

In another missing persons’ case heard in the court on the same day, the Additional Advocate General (AAG) Waqar Ahmad informed the bench that Musafir’s family received his body over a month ago from the internment centre in Kohat.

One thing common among several of the deceased internees was that their relatives had filed applications to meet them. Also, in these cases autopsy reports were not presented.

The local police allegedly arrested Musafir and his cousin Arif Khan on July 25, 2011 near Haji Camp in Peshawar after which they remained missing.

The court issued an order for the submission of an autopsy report that the Khyber Pakhtunkhwa Home and Tribal Affairs Department have failed to submit so far.

Special secretary Home and Tribal Affairs, Syed Alamgir, appeared in the court and sought time for submission of the autopsy report and Oversight Board’s reports in other cases. The bench ordered him to submit the reports within 10 days and fixed October 14 for the next hearing of the cases.

The bench sought autopsy report of the deceased detainee which is yet to come.

The mother said he was picked up by security forces from Bannu Bazaar some 18 months ago. Noor Gul was a rickshaw driver and a father of three children.

Noor Mohammad, belonging to Akakhel clan of Afridi tribe of Khyber Agency, was overjoyed when he was informed over a month ago that his missing son, Minar Khan, had been detained at a notified internment centre in Lakki Marwat.

In accordance with an order of the PHC, which ruled that he had visitation rights under the Action (in Aid of Civil Power) Regulation 2011, he submitted an application to the concerned divisional commissioner by the end of August requesting to allow him to meet his interned son. He did not know that his over two-year-long wait to see his son would end so tragically -- in collecting his body instead.

"I received a phone call from Kohat informing me about the death of my 22-year-old son. I went there along with some relatives and received the body," said Noor Mohammad, adding that he had yet to come to terms with the death of Minar Khan, who was the eldest among his eight children. The aggrieved father said that his son was taken into custody by members of a Qaumi Lashkar, established by the security forces to fight militants, over two-and-a-half years ago and was subsequently handed over to the security forces, dubbing him a militant.

"The officials told me that my son had died a natural death when both his legs were blackened. We suspect poisoning or electric shocks," he said.

Noor Mohammad, who earns livelihood by driving a tractor-trolley, said that he expected the high court to at least bring to book the officials involved in the disappearance and death of his son. He said that recently three other men belonging to Akakhel area had also died in internment centres.

Like Noor Mohammad, there are several others facing the same tragedy. Their near and dear ones went missing after being taken away allegedly by the security forces. They surfaced in internment centres with no progress in their cases and finally their bodies were handed over to the respective families.

There has been an alarming increase in death of detainees at the internment centres under mysterious circumstances in recent days.

Unlike Noor Mohammad, who now seeks justice for what happened to him, Haji Nek Badshah is no longer interested in pursuing the case of deaths of his three sons -- Barkat Shah, Tahir Shah and Bakhtawar Shah -- at Kohat internment centre. He is now only worried about the security of his remaining three sons, who are also imprisoned there.

Haji Nek Badshah, belonging to Yousafkhel area in Kurram Agency, said that the security forces during a raid on his residence on Dec 12, 2012, took away his six sons and four nephews.

He came to know about their whereabouts in May 2014. In a list submitted to the court by the provincial government their names were mentioned as internees at Kohat internment centre.

On Aug 20, a two-member bench of the high court took up for hearing a habeas corpus petition filed by him against alleged illegal detention of his six sons and four nephews.

The petitioner had submitted an application to the commissioner seeking visitation rights to meet his sons -- instead, he was given three bodies. He said the bodies of his sons carried marks of torture.

The petitioner and his counsel Gul Nazir told the bench that he feared that if he charged any official for the death of his sons, the remaining detainees would also meet the same fate.

From time to time the high court has been issuing orders to the government for production of postmortem reports of the internees who had died at the internment centres. However, the concerned officials have remained least bothered about such orders.

In an almost identical case, a petitioner, Mohammad Noor, recently informed the court that the body of his son, Wilayat Shah, who was arrested from Hayatabad Township in 2012, was handed over to him. The deceased was also at Kohat internment centre. The court was supposed to hear his case on Oct 6.

A few days ago a bench of the high court ordered the Home Department to submit autopsy report of another internee, Bismillah Khan, who died at Kohat internment centre.

In a similar manner, Ajab Khan and his father Mian Ghaib Khan were arrested in Peshawar by the security forces on Sept 8, 2012.

Muhammad Arif Jan, a lawyer who deals with the missing persons’ cases, told TNS that about 15 bodies were received by the relatives of the detainees in the past three months.

He said that one thing common among several of the deceased internees was that their relatives had filed applications to meet them. Also, in these cases autopsy reports were not presented, which indicates that death of these internees was not natural.

Jan said unfortunately the two almost identical regulations, Action (in aid of civil power) Regulation 2011 for Fata and Pata, have not been implemented and the internees are under detention without any trial for many years, whereas under the law the Oversight Board headed by the commissioner has 120 days to examine and decide charges or declared the internee as clear.