Making of a new Afghanistan 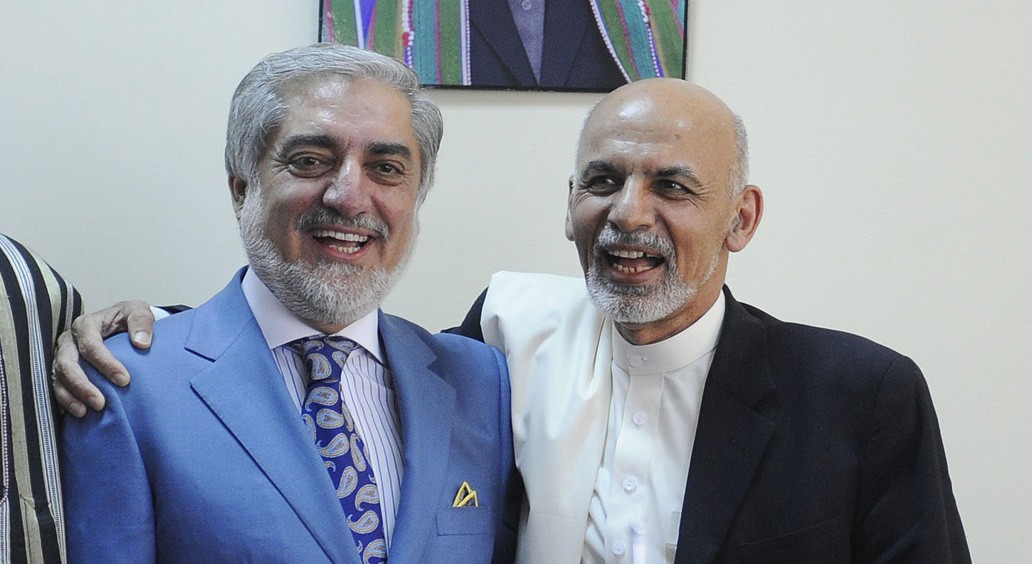 Dr Ashraf Ghani Ahmedzai has been sworn in as the new president of Afghanistan whose powers will be shared by his, till a few days back, arch rival Dr Abdullah Abdullah as Chief Executive. Indeed it was a historic and monumental day for the people of Afghanistan where for the first time, a democratic transition of government took place from one elected to another set of elected executive leaders.

President Ghani and his election-time arch rival, Dr Abdullah Abdullah, took months to reach an agreement on sharing power. As both have diverse background of Pashtun-Tajik divide, North-South bias, and Pashto-Darri prejudice, in civil-war prone Afghanistan, they will continue to squabble over issues ranging from negotiations with the Taliban to reconstruction of Pashtun and Tajik provinces of the country. President Ghani’s position is even weaker than former President Hamid Karzai. Karzai ruled alone, but Ghani will need to reach a consensus on all his decisions. Thus, it is anticipated that the new government will be weaker and unpredictable than before.

Dr Ashraf Ghani is going to inherit a weak state. Former President Hamid Karzai’s rule was more of a personal nature than a pluralistic approach. He formed personal alliances in every province at the cost of state institutions which kept the state weak and his government strong. Moreover, his alliances meant for economic and political boons for local mafia.

Dr Ghani is a man of principal and is in Presidential Palace for bringing an economic change in the country. Hence, he will definitely challenge such elements. There are all chances of a clash of the titans at local level, which will demonstrate how powerful the incoming president will prove to be in the forthcoming years.

Dr Ghani, unlike Karzai, is more interested in building state institutions for securing society and running the state effectively and amicably. That is one of the big reasons that he founded a part of Washington-based Institute of State Effectiveness in the University of Kabul. He also co-authored a book Fixing Failed States, in which he gives a detailed account of how states fail and how post-conflict zones are reconstructed and developed.

The deep-rooted problem with financial system of Afghanistan is the lack of its indigenous economy. Its poor infrastructure is another stumbling block in the development of its national wealth. Currently, 70 per cent of the food items sold in Afghanistan are imported.

The deep-rooted problem with financial system is the lack of its indigenous economy. Its poor infrastructure is another stumbling block in the development. Currently, 70 per cent of the food items sold in Afghanistan are imported.

According to another estimate, 40-60 per cent of Afghan food rots between the field and the market because it doesn’t have the from-farm-to-market system. It is also because the urban and rural Afghanistan are altogether disconnected. Thus as per his past successful record of introducing a new Afghan currency, development of a new cell phone system, and launching of a poverty alleviation programme, he needs to rollout pragmatic and doable plans with actions. Returning a successful economy to the people of Afghanistan will be a miraculous gift that any Afghan leader ever can give. And Dr Ghani is in a position to do so, though with a few difficulties. But then what is leadership if it is not faced with difficulties.

Dr Ghani, in his different pronouncements, talked about his zero tolerance for corruption. He has learnt a lot during his participation in the Karzai government as finance minister and watched corruption with a closer look. Though he shies away from directly blaming Karzai for the corruption boom, he says that the Karzai’s family used state power for their personal gains. Though Karzai was not a corrupt ruler, his only failure was not checking the corruption of his family members. Thus one of the challenges Dr Ghani might face will be keeping the family members and friends at bay from using state power for their personal benefits.

Taliban are still a potent force in Afghan society. Though they have not made any breakthrough in the recent past, they still enjoy the support of elements opposed to the US presence on Afghan soil. This will prove as a prism through which to have a better sense of the implications of Afghanistan’s rise from a terror-exporting to a terror-curbing country.

For example, President Ashraf Ghani said that he would negotiate with the Afghan Taliban for bringing them into the mainstream of country’s politics. He further said that the "annoyed Afghan brothers" will be brought back to end the menace of terrorism once and for all.

On the other hand, he also urges the US to leave "some" troops on the Afghan soil for the country’s stability and security. His government has signed a Bilateral Security Agreement (BSA) with the US. According to the BSA, with the withdrawal of US/NATO forces, 9800 troops will remain in Afghanistan for stability in the country, training Afghan troops and their implicit support in the Afghan army operations against the Taliban. Taliban have already declined President Ghani’s offer of olive branch, making the country’s future more fragile and unpredictable. Thus both forces will be working at their peak -- Dr Ghani’s team for bringing peace and stability with construction of state institutions and the Taliban trying to destabilise the government for their own ends.

One must not forget the Islamic State (IS) which will extend support to Taliban. The IS is already knocking at the door of the region. Moreover, al Qaeda has raised its head recently with a new vigour. Any (un)holy alliance between these groups would cost Afghanistan a lot. Efforts for peace would depend on how skillfully Dr Ghani brings the Afghan Taliban to the negotiating table and hinder these groups from making anti-governments alliances in the region.

Dr Ghani will face numerous difficulties while dealing with coalition partners during his term. Had he won elections without signing a deal with Dr Abdullah, he would have emerged a strong president of the country. But with Abdullah as chief executive, Ghani will not be independent in selecting his team.

With respect to his mood, Ghani is famous amongst his colleagues for his short-tempered disposition and impatience over divergence of views. When it comes to dealing with Afghanistan, he needs to overcome many of his shortcomings concerning his behaviour.

Afghanistan is a country in the making. Thus Dr Ghani’s next five years will be full of challenges and struggle. It will also be an opportunity to get his name inscribed in the Afghan history with golden words for making a "new Afghanistan".

Making of a new Afghanistan