A scooter and a helmet and that’s it!

The simplest way to solve the woman problem 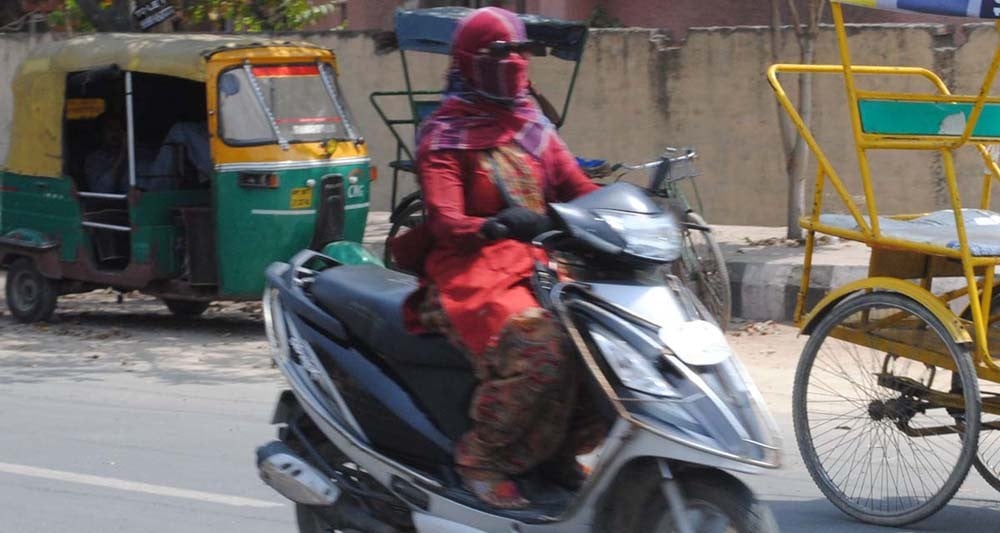 The other day I saw a young man standing alongside a small scooter close to where I live. It looked like the much-talked about battery-run scooter being sold in a mega super store, except that this one was smaller in size. I’ve seen the ones in the super store; those are of Chinese make and look like they won’t last long. Besides, there is no electricity to charge the battery with. The cost is around Rs50,000.

I stopped to chat with the young man who told me he has had this scooter for three years. It’s the hybrid kind but he’s been running it on petrol. It runs 70-80 kilometres in one litre of fuel, he told me. He too had bought it from the same super store for Rs35,000.

I asked him why he didn’t go for the bigger one. "With this one, I don’t get stopped by the policemen," he said, referring to the fact that it was a 45cc vehicle and you don’t need registration for anything which is less than 50cc.

He then kick-started the scooter and rode away, leaving me thinking.

Isn’t this doable? What a simple and fabulous idea to empower women! Why can’t the chief minister turn his focus on the possibility? I am sure it costs less than a laptop. And the structure of the vehicle is woman-friendly too; you could ride it wearing your burqa or abaya. Your ‘modesty’ stays unchallenged.

A bike and a helmet is all you need to get the young women out of their homes. Why? Because they are dying to do so. A lot of them are being kept away from the chance to educate themselves because there’s no way to transport them to their schools, colleges or universities. These women want to run errands or do their jobs or run a business but feel so handicapped.

Each time they want to step out of their homes, they need male chaperones who are either unwilling or too busy or simply opposed to the very idea.

The public transport is not even considered by the girls or their families because that involves long waiting periods at the bus station and harassment -- both outside and inside the bus.

We’ve often complained of the near absence of women from the public sphere. The roads, even in the biggest urban centres, are male-dominated in our country. Men are too scared to see a woman in public, or even in an office or a bank. Often in banks, rush hour or not, they just want women to sit down, become invisible somehow.

The female traffic wardens that were brought with much fanfare, trained to ride bikes and control traffic, are now often seen standing on the side at only a few traffic signals. You can’t see their faces because they are wearing masks; one isn’t sure if it’s the pollution of mind or air they want to protect themselves from.

Every Pakistani who goes to India comes back awestruck by this huge public presence of women on bikes. "Take away this and the signboards in Hindi and everything else looks the same," they say.

It’s important how they describe what they saw in India; it’s not women looking pretty or sexy or carrying the banner "Freedom" in their hands: often the picture is of a woman with kids; or a young girl with an old woman on the back seat; probably taking her mother or grandmother somewhere.

To me it appears to be the simplest way to solve the woman problem, even if partly.

Both the government and the non-government organisations should make an investment into this women project -- get them bikes or scooters, make the roads bike-friendly and let men get used to seeing women riding them. They could begin by one-seater bikes like the one mentioned above. Soon there will be a market for women-friendly scooters with seats for kids and a shopping basket maybe.

Let them get out, breathe, learn, think, work, make and meet friends!

A scooter and a helmet and that’s it!

Beyond chocolate and Swiss cheese