She challenged us, kept us on our toes

With many great teachers to acknowledge, the legendary Ms Kausar Sheikh stands out 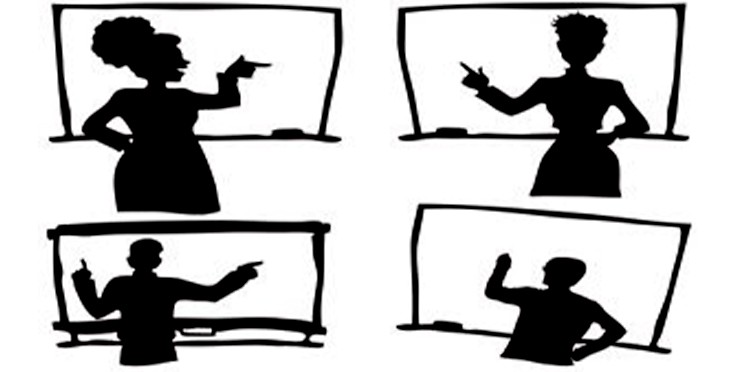 It was that enervating, hot prelude to the summer holidays when the exams are done with, classes are scantily attended, and students could often be found sprawled in the Kinnaird College lawns getting their eyebrows threaded, their starched dupattas abandoned beside them like giant flowers. It was the summer I had to decide what I wanted to study next, make the giant leap from academic dalliance to commitment.

I met Ms Kauser Sheikh in the staff room -- a hallowed place it seemed back then -- and I put my case before her, shall I become a writer or an artist? She simplified it for me: as a writer you could illustrate your book, but do you think you would still write as an artist? It is what the best of teachers do I suppose -- give more than their due, beyond the classroom and curriculum.

Ms Sheikh was a little awe-inspiring. Tall and lanky with wiry grey hair, she had the difficult task of teaching a rather uninspiring English Language textbook to at least a hundred girls per class. For Pakistan Studies, the favourite trick was "dandi marna", to sit in the back row and slip out after attendance from the door at the back after the attendance roll was called. In the Urdu class, we learnt to deflect abuses on our ‘English-mediumness’. Not so in Ms Sheikh’s class. There was no bunking her classes: she challenged us, kept us on our toes; our textbooks were thick with copious notes on form and metaphor, metre and meaning. Praise and good grades were hard-won, her disappointment deflating.

We often imagine teachers we remember affectionately as buddies, maybe even fun. The truth is that the teachers who tend to have the most impact are a little tough, maybe even hard to please. I remember the pin-drop silence when Lahore Grammar School’s Mrs Shah would take our class -- her neatly bobbed hair, her immaculate saris -- who would verbally skewer any student who missed an assignment.

In Nigeria, where I studied as a child, my most memorable teacher was an OBE-awarded Scotswoman whose face would burn red at the slightest hint of snarkiness from any child. But she was remarkably gentle as I struggled through mental arithmetic or cursive handwriting classes. In that delicate age when a child’s universe begins to expand beyond the home, teachers are idols, or even a kind of conduit to the world out there.

And so, with many great teachers to acknowledge, the legendary Ms Kausar Sheikh stands out.

In a college of just women where a favourite lunchtime pastime was sharing photo-albums of engagements and nikahs and the competition over fashion (Haye kitni pyaari lipstick hai, tumhara darzi kaun hai) was fierce, Ms Sheikh didn’t think Kinnaird College should be a finishing school for the marriage mart. Women are powerful and fierce and more than capable of thinking for themselves. For one thing, she led me to my first internship at The News on Sunday, or The News on Friday as it was then, thus on a path of journalism I have not wavered from since then.And she never called us ‘girls’.

She challenged us, kept us on our toes