Pakistan at the Asian Games

Till 1990, Pakistani sportspersons always brought home at least one gold medal from the Asiad 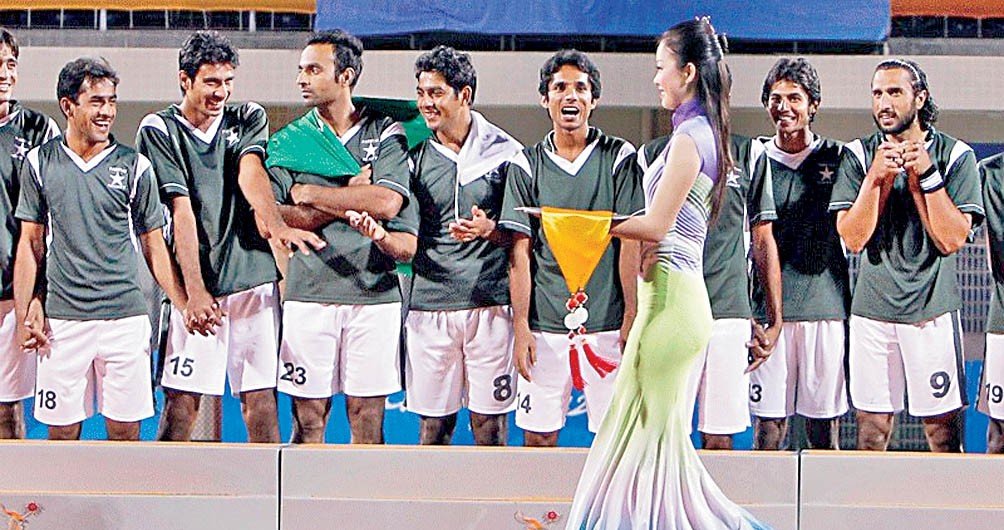 On the sidelines of the 1948 Olympics in London, the Indian International Olympic Committee representative Guru Dutt Sondhi tabled the idea of Asian Games to sports leaders of Asia. This led to formation of the Asian Athletic Federation. A preparatory committee was set up to draft the charter for this new body.

On 13 February 1949, the Asian Athletic Federation was formally inaugurated in New Delhi and named Asian Games Federation. New Delhi was announced as the first host city of the Asian Games which were scheduled to be held in 1950.

The planned first Asian Games were delayed until 1951 due to preparation problems. However, they were successfully organised from 4-11 March 1951 with 489 athletes from 11 countries taking part. The Games grew with every meeting.

In 1958, the motto “Ever Onward” was adopted as the official slogan of the Games.

From the first edition till the 1978 one, Japan topped the medals table.

Since 1982, China have always been the first. Their overall total of 1,191 gold medals is unmatched. They are followed by Japan with 910 and South Korea 671.

Pakistan’s first participation in these games came in 1954. Wrestler Din Mohammad won the first ever medal for Pakistan in the Asian Games.

Athletics is always regarded as the blue-riband event of any multi-disciplinary sports competition. In their first two Asiad appearances, 1954 and 1958, Pakistani athletes put up a brilliant display, winning four and five gold medals, respectively. Abdul Khaliq won the 100 metre sprint on both occasions, to be declared ‘the Fastest Man of Asia’.

Most Pakistanis of the present generation only came to know about Khaliq through the recent Bollywood movie ‘Bhag Milkha Bhag’ in which he was repeatedly referred to as the ‘Asian Storm’.

In total, Pakistan have won 14 gold medals in athletics with the last one coming in 1990. Since then only one track and field medal -- a bronze in 1994 -- has been won by Pakistan.

Boxers are the next with six golds. If we add to it 20 silver and 34 bronze medals, their total of 60 medals is even higher than in athletics (39).

Another discipline fetching Pakistan six gold medals is wrestling. The last one came in 1986 thanks to Abdul Majeed. Pakistan have not won a medal of any shade in wrestling since 1986.

If we talk about team sports, the national game of hockey has claimed eight gold medals for Pakistan. From 1958 (when hockey was first included in the Asian Games) to 1990, Pakistan won as many as seven gold medals and two silver medals in nine editions. They failed to reach the final from 1990 to 2006, finally regaining the title at the last edition -- in 2010.

Pakistan’s finest display came in the 1962 Asiad where they won eight gold medals.

Till 1990, Pakistani sportspersons always brought home at least one gold medal from the Asiad; 1994 was the first time when they failed to land a single gold medal, also achieving the dubious distinction of being ‘the biggest country not to win a single gold’.

They went through the same humiliation in 2006. In fact, 2006 saw Pakistan’s worst-ever show when they bagged just one silver and three bronze medals.

At the last Asiad, in 2010, the country garnered three gold, two silver and three bronze medals, which placed them at the 20th spot. The gold medals came via hockey (men), squash (men’s team) and cricket (women).

The female cricketers’ gold was the first-ever Asiad gold won by Pakistani woman/women in any event, but it is pertinent to mention here that India and Sri Lanka had not entered their teams in the event.

In 15 appearances, Pakistan’s medal tally at the Asiad reads: 43 gold, 62 silver and 90 bronze medals. So Pakistan stand 14th in the overall table.

Pakistan at the Asian Games