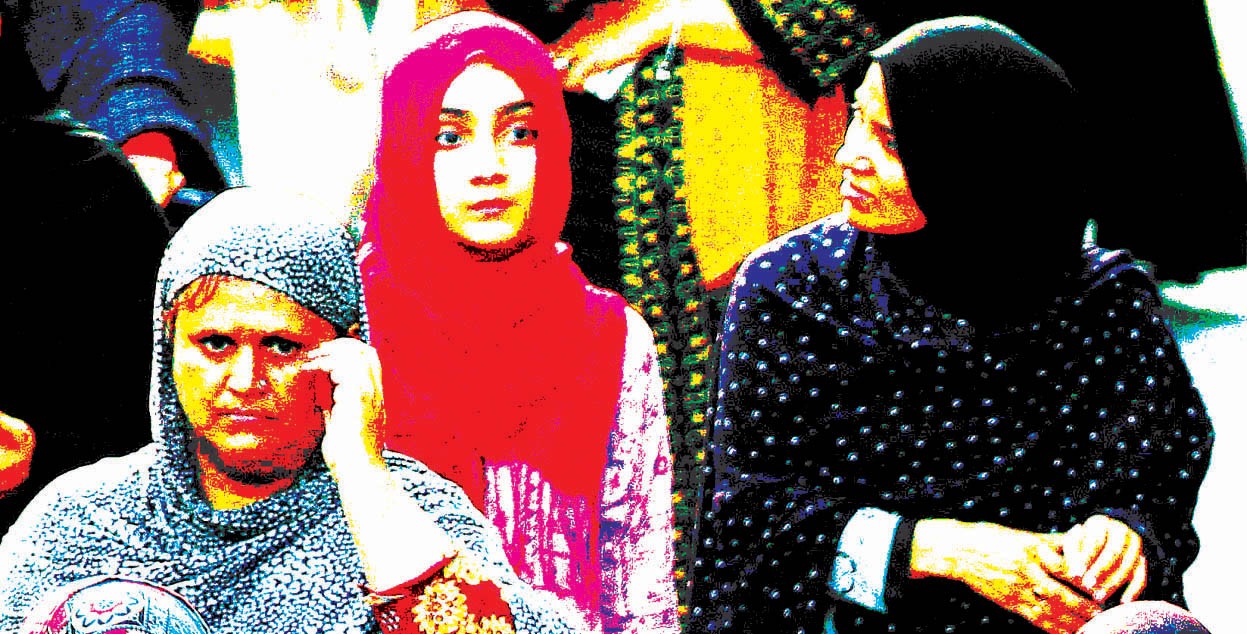 I remember the first time my mother asked me to start covering myself with a dupatta when leaving the house and while around men who weren’t from my immediate family. I was thirteen. I remember feeling a sense of discomfort and unease I couldn’t quite articulate. It was something more than the mere inconvenience of an extra article of clothing.

I came around eventually, but only because my fragile adolescent self, awkward and unsure about just about everything, saw it as the only way to escape the scrutinising stares of strange men in supermarkets and the wandering eyes of drivers.

Even then, I couldn’t shrug off the unpleasant sensation it brought me.

At the same time the perilous stares my well-intentioned mother had warned me about did not cease. If anything, as I grew older, they became more frequent.

By this time I had become aware of more restrictions that policed how girls should dress. "Don’t wear sleeveless clothes outside the house" was one. "Don’t wear tight jeans" was another. The implication seemed to be: avoid any form of clothing that reveals your body form.

By the age of eighteen I had come to see these prescribed constraints for what they really are: social constructs that are designed to strip women of autonomy over their own bodies.

Every time I cover a part of my body, I am accepting the supposed shame that society has attributed to me and expects me to feel for being built the way nature has created women. Each time I dress ‘modestly’ against my will, I am purposefully orienting my actions around a particular response from the men around me. It is when I give the male gaze more importance than my own desires that I lose the freedom to define my own identity.

I’ve always found it ironic that though it is presumably men who are at fault by violating women’s comfort and personal space by being disrespectful, it is the latter who are expected to change themselves and the way they act. I’m a little wary of people who cite religious arguments to make their case. It seems unfair and absurd that only one side be expected to uphold their end of the contract. This is also indicative of social mindsets in general -- all aspects of female behaviour seem to be policed more strictly than male behaviour.

Male privilege is deeply entrenched in any society -- the idea that men, by virtue of being in positions of power and social dominance that society has granted them on the sole basis of their gender, have a right to dictate the standards of female behaviour. However, it is especially harmful in the context of countries that deem themselves ‘conservative’ or ‘Muslim’ because the label of religion is used to legitimise and lend credence to what are essentially patriarchal constructs repressive of women.

All impositions that breach personal freedoms should be censured -- I strongly oppose, for example, the French ban on the veil and the European Court of Human Rights’ validation of it. Women who choose to cover their heads and faces out of personal choice or religious conviction have an intrinsic right to do so. The state, in infringing this right, is being overtly paternalistic and overstepping its authority.

When social norms infringe individual rights in the same manner, they must be countered.

I also find the notion of ‘conservative dressing’ regressive in the context of rape culture. Each time a woman is raped, especially in the cities, one of the first questions posed pertains to how she was dressed at the time, as if the crime is somehow made less reprehensible if the girl was clad in a mini-skirt as opposed to a burka and the perpetrator can be absolved of some degree of blame.

At twenty, I’m sceptical of a lot of norms that I would have accepted blindly at one time. Conventional attitudes about how women should dress in Pakistan are pretty high on the list.

Every time I willingly let myself be regulated by a construct that requires me to give up my personal autonomy on the basis of how someone else might react, I believe I am actively contributing to a sustained cycle of the policing of female behaviour.

Social attitudes may not change overnight, but if the status quo remains unchallenged, they never will.