Far from being a united fighting force, will the TTP be able to withstand the massive Operation Zarb-e-Azab in North Waziristan? 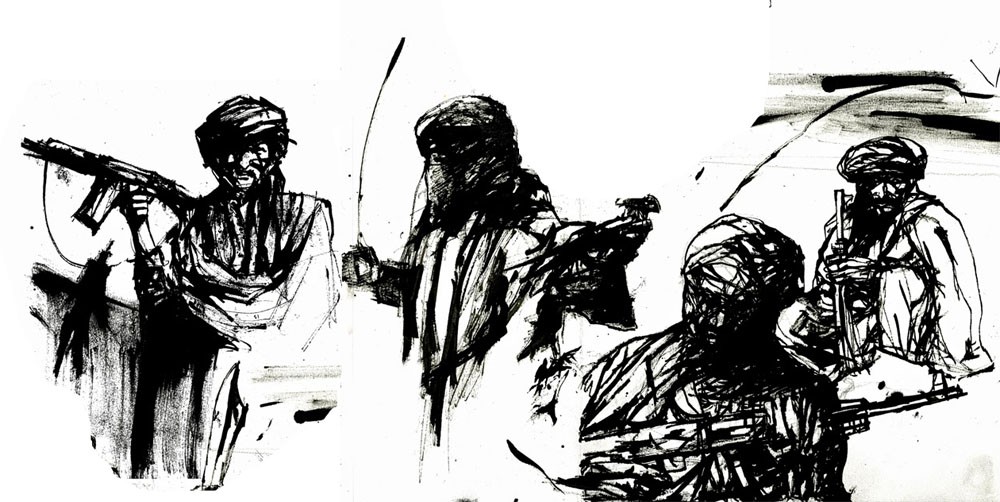 Launched in Peshawar on December 12, 2007 under the leadership of Baitullah Mehsud with three stated aims -- fighting against the state of Pakistan, getting united against the US-led Allied Forces in Afghanistan and the enforcement of Shariah in Pakistan -- the TTP has suffered some major setbacks ever since Mullah Fazlullah’s selection as the ameer in November 2013. Since Mullah Fazlullah took over the TTP’s command following Hakeemullah Mehsud’s death in a US drone attack, the jihadi coalition has suffered greater infighting than ever before.

Today, Fazlullah stands completely isolated due to his continuous absence from Pakistan. Besides, he is still considered to be an outsider by many in the jihadi circles for being a non-Mehsud and non-Waziristani.

These splits have not only come as a rude shock for Fazlullah but also for the ameer of the Afghan Taliban Mullah Mohammad Omar, who paved the way for Mullah Fazlullah’s elevation as the TTP ameer. Mullah Omar is making frantic efforts to put an end to the Pakistani Taliban infighting because he wants to acquire their support against the foreign troops in Afghanistan.

So far, Pakistan Army claims to have cleared more than 80 per cent of the territory in North Waziristan, including TTP’s regional headquarters in Miramshah. As things stand, the security forces are in Dattakhel, 35 kilometres west of Miramshah, consolidating their position and working out plans for the tough fight ahead in the densely forested Shawal Valley, where most of the fleeing Taliban fighters have relocated themselves.

However, the military circles say the growing divisions within the TTP ranks would make their takeover of the Shawal area easy.

Also read: From Waziristan to Syria to Iraq

Khalid Mehsud aka Said Khan Sajna was the first one to revolt against Fazlullah on May 28, 2014, while showing allegiance to Mulla Omar. Thereafter, without consulting his shura, Fazlullah expelled him from the post of ameer of the South Waziristan chapter of the TTP on charge of indiscipline.

Sajna was a member of the shura too.

Later, however, Fazlullah’s decision to expel Sajna was overturned by the Taliban shura, thus confirming that the non-Mehsud, non-Waziristani Fazlullah was no more than a figurehead, based far from the Pakistani tribal areas in Afghanistan.

The Mehsud group, led by Sajna, was a key part of the jihadi conglomerate in providing both manpower and safe havens for the TTP leaders in their stronghold of North Waziristan and other key areas straddling the Pak-Afghan border.

The next to leave the TTP was commander Abdul Wali alias Omar Khalid Khurasani, who, too, was expelled by Fazlullah from the position of ameer of the Mohmand Agency chapter for indiscipline. Khurasani announced a new group -- the Jamaatul Ahraar (JuA) -- on September 5, 2014 while accusing Mullah Fazlullah of joining hands with elements involved in the killing of fellow jihadi commanders. Known for his ruthlessness, Khurasani accused Fazlullah of failing to run the TTP as a disciplined organisation and lacking leadership qualities.

Commander Khurasani, who claimed responsibility for the March 2013 beheading of 23 FC soldiers, announced that his faction, Jamaatul Ahraar, would not only unite the mujahideen but also strive to enforce Islamic Shariah in Pakistan. "We will follow the pattern of Mullah Omar-led Islamic Emirate of Afghanistan," he said.

The bad news for the Pakistani security establishment is that despite discarding the TTP, both Khurasani and Sajna are adamant to target the state of Pakistan, especially the security forces and the military installations. The most recent act of terrorism claimed separately by the spokesmen of Sajna group (Azam Tariq) and Khurasani group (Ehsanullah Ehsan) was the August 15, 2014 fidayeen attack, targeting Samungli and Khalid airbases in Quetta in conjunction with the Islamic Movement of Uzbekistan.

The third Taliban commander to abandon Fazlullah and his TTP, on September 12, 2014, was the ameer of the Punjab Taliban Asmatullah Muavia. He made public his decision through a video statement, stating that his group had decided to give up armed struggles, and start preaching and relief work. However, he added, that his group would continue its operations in Afghanistan under the guidance of Mullah Omar.

Interestingly, the stated objective of the Punjabi Taliban until recently was to target the military and intelligence agencies, foreign dignitaries and Shias. The Punjab Taliban carried out some major terrorist activities across Pakistan, including the June 2013 killing of 10 foreign tourists in the Nanga Parbat area of Gilgit-Baltistan. Aqeel alias Dr Usman, the ring leader of the TTP fidayeen attackers that stormed the GHQ in Rawalpindi in 2009, was a close aide to Muavia whose execution had been postponed by the government in August 2013, as demanded by the ameer of the Punjabi Taliban.

While the TTP stands divided into several factions, the Sheharyar Mehsud group of the Taliban, which is the rival Mehsud group of Said Khan Sajna, is the only one left to have pledged loyalty to Fazlullah on September 16, vowing not to leave the central command in a lurch. Sheharyar, too, is believed to have taken up sanctuary in the Naka district of Afghanistan’s Paktia province along with Fazlullah after attempts by the Sajna group to eliminate him.

The divisions literally spell TTP’s end as a plausibly unified fighting force at a crucial time when they are faced with a massive military operation in North Waziristan.