7 safeguards against a military takeover 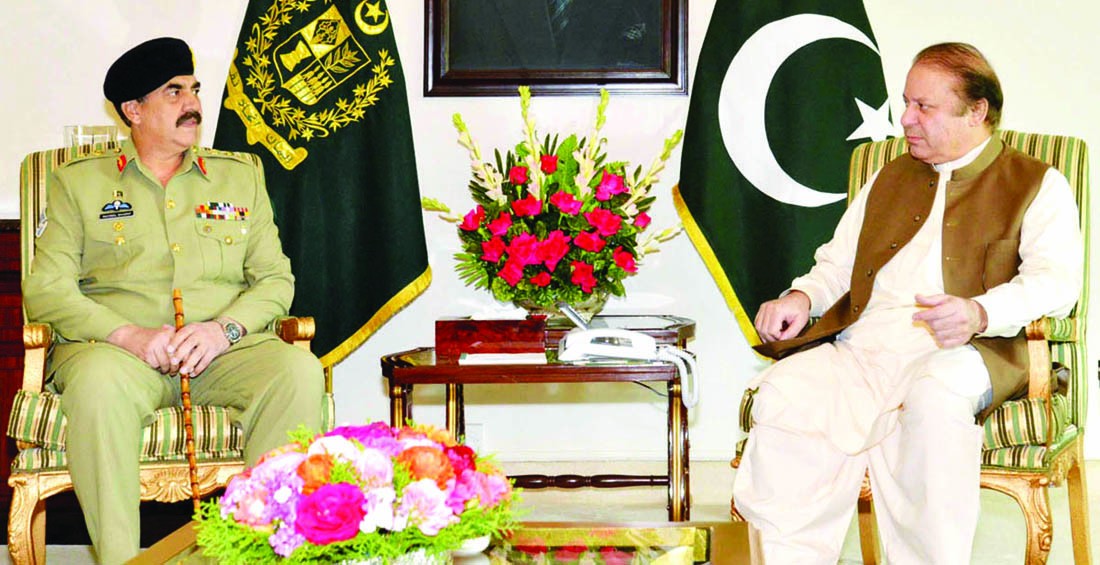 As the saying goes, you cannot rebuild better unless you know how the old buildings have been erected. With some strategic calculations and miscalculations, a victory might become a defeat and a defeat victory. In some cases, time has seen ambitious heroes with a deficient sense of proportion getting buried under the debris of their own desires to rule -- they defeated themselves and never rose again.

Politics of reforms, revolutions and reversals in young democracies like Pakistan is likely to create a series of political confrontations between competing interests and ideologies. Transitional democracies remain susceptible to reversals drifting back to authoritarian regimes. An ‘old’ Pakistan, however, has demonstrated new heights of democratic resilience against risks of reversal, and this markedly different response can contribute to democratic consolidation in the long run.

The surface-text of political mobilisation of the PTI and PAT concurrently revolved around the malfunctioning of procedural aspects of democracy and grievance redressal against state killings. However, the underlying sub-text of this mobilisation was popularly read as a "scripted" move for the removal of civil government and reversal of the democratic dispensation.

These two streams of thoughts determined the argument and counter-argument in this ongoing political confrontation. The first relates to the flagging of systemic imperfections of electoral democracy and justice system and the second relates to the recognition that quality of democracy is directly linked with continuity of democracy.

Pakistan has been run under constitutional governance only for about 40 per cent of its lifetime. This time also, the ongoing political confrontation appeared to be a critical interplay between risk of reversal and resilience of young democracy. However, the power dynamics re-engineered by the 18th and 20th Amendments seemed to have built new fences and enhanced democratic resilience by introducing structural disablers against civilian rollback.

First, with the abolition of 58(2)(B), the presidency ceases to become a handy midwife of democratic reversal. This political decision has permanently shut down one convenient and oft-used window of wrapping elected houses and governments. Some analysts have described that rollback of civilian rule would have definitely been far easier and less expensive if presidential decree to dissolve assemblies was in place. The parliament would have been sent packing before even it could convene a joint sitting to discuss and neutralise the risk of democratic reversals through covert or overt means.

Second, the authority of dissolution of assemblies has been dispersed to autonomous chief executives of federal and provincial governments. The decision of one chief executive in this regard is not binding on the other house whatsoever. The erstwhile centralised control on the political decision-making has been dismantled and power to make such decisions has been diversified by creating provincial stakeholders in power, politics and policy. The stance taken by provincial governments of Sindh and Balochistan on the question of dissolution of assemblies and reelection defeated this demand on simple politico-constitutional logic.

Third, the structural and procedural changes in the formation of caretaker government also necessitates the presence of parliament, leaders of the house, leaders of the opposition and parliamentary committees at federal and provincial levels. Therefore, not only the dissolution of assemblies rather formation of caretakers is also done autonomously by the provinces and the Centre. Centre can no more dictate a provincial government on these two key issues which determine the continuity of democracy.

Fourth, presidential referendum used to be an instrument to secure legitimacy by authoritarian regimes but the decision on referendum has been taken away from individual jurisdictions. The 18th Constitutional Amendment has empowered joint sitting of the parliament to approve the conduct of referendum. A key tool deployed by former military dictators to create electoral legitimacy for their rule has been deactivated.

Fifth, proclamation of emergency or emergency-plus was a typical rescue tool for authoritarian regimes which enabled them to use state’s coercive powers to silence any potential dissent and resistance against their individual dispensations. With the amended constitution, the proclamation of emergency on account of war, internal disturbance, etc rests with the elected houses and, in extreme situations, it has been conditioned with the retroactive approval of parliament and respective houses within ten days.

Sixth, the appointment of chief election commissioner used to be made by the president but the amended constitution empowers the prime minister and leader of the opposition in the National Assembly to nominate a consensus candidate. In case they fail to reach a consensus, they will both forward three names for appointment of the commissioner to a parliamentary committee for hearing and confirmation of any one person. Chief Justice of Pakistan is the final authority to decide if parliamentary committees fail to achieve a consensus.

Seventh, the amended Article Six is also a strategic deterrence against any attempt to abrogate the constitution. Nonetheless, a popular reasoning behind the risk of democratic reversal stems from the historical memory of military interventions in Pakistan. "When they come, no article of constitution can stop them" is an excessively held rejoinder to the efficacy of Article Six. But the fact of the matter is that current civil-military unease is largely driven by the pursuance of Article Six fielded against a former military dictator.

Of course, there are some other policy contests on domains traditionally reserved for security establishment, where realignment of civil-military relations is essential for the democratic consolidation. Against the backdrop of a currently pending case of Article Six, perhaps it would not be judicious for the military’s own institutional growth to get entangled in the controversies of another Article Six by overthrowing the civilian rule without any lawful authority.

Pakistan is breathing in a new environment where a treacherous history of military takeovers has taught some lessons to stakeholders at large. Tutelary oversight of military on political affairs has become relatively difficult in the charged environment of provincial autonomy introduced by political and constitutional reforms in 2010.

The process of democratic consolidation which began with the introduction of the 18th Constitutional Amendment needs to be deepened by proliferation of democratic and elected forums at the grassroots level. The risk of democratic reversal could be mitigated effectively by expanding the democratic landscape to the primary units of polity --the village and the neighbourhood. That is the real test for making democracy deliver and viable in Pakistan.

The parliament is now best-suited to rise to the challenge and bridge the chronic disconnect between the parliament and the people at large. The road tonaya Pakistan and inqilabi Pakistan runs through the meadows of a responsive and stronger parliament.

7 safeguards against a military takeover