A woman of work not words 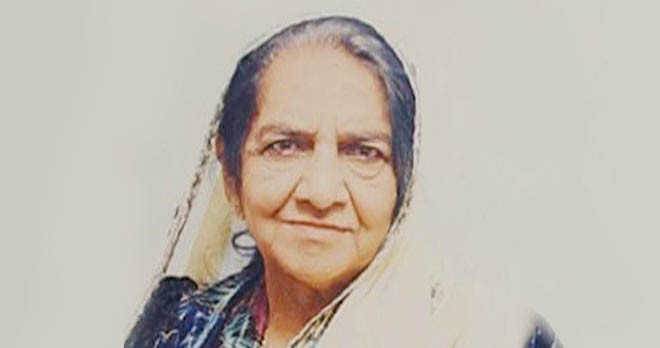 Dr Abbasi was sympathetic to poor people -- and that is why she was lovingly called "Ammi Doctor".

She was a medical doctor and her doors remained opened 24/7 for her people.

Begum Abbasi was born in 1925 in Larkana. Her father Hakeem Muhammad Saeed Khan Abbasi was a renowned hakeem and philanthropist.

She was a silent worker who believed in work not words. She had established a social organisation "Mothers’ Trust" to bring back tolerance and peace in society.

On the advice of Zulfikar Ali Bhutto, Chairman of Pakistan People’s Party (PPP), Begum Abbasi entered politics and was elected as a member of assembly for the first time in 1962 and 1965. She was elected MNA in 1970 from NA 165.

She was also member of Constitutional Committee, which prepared the draft of 1973 Constitution. In 1977, she was elected as MPA and made a provincial minister with a portfolio of Local Bodies. She served as first female Deputy Speaker of the National Assembly twice in 1973-1977 and 1988-1990.

She also took an active part in the Movement for the Restoration of Democracy (MRD) and remained in Sukkur jail for 14 months. She was house-arrested four times in Karachi and Waleed (Larkana) due to her struggle against the martial law of General Ziaul Haq. Dr Ashraf Abbasi was severly beaten up and injured along with Begum Nusrat Bhutto at Gaddafi Stadium in Lahore.

Haji Munawwar Abbasi, the elder son of Dr Ashraf Abbasi, remained a diehard worker of the PPP. He also remained a local leader of Sindh People’s Student Organisation (SPSF), the student wing of the PPP. Later, he was elected as a member of Sindh Assembly twice. He also remained a provincial minister. Her younger son Safdar Abbasi was a member of the Senate of Pakistan. He is husband of Naheed Khan, veteran politician and political secretary of Benazir Bhutto.

After assassination of Benazir Bhutto on December 27, 2007, the family parted ways with the party’s new leadership led by Asif Ali Zardari. No PPP leader or worker participated in her burial.

After completing her MBBS, she started her clinic in Larkana. She was mother of two children when she got her medical degree. In her student life at Dow Medical College, she was elected to the students’ union in 1952. She also served at Civil Hospital Larkana.

Dr Ashraf Abbasi also contributed a lot to the promotion of education. She remained chairperson of SZABIST of Larkana campus and member of the Syndicate of Allama Iqbal Open University Islamabad and University of Sindh, Jamshoro.

She authored her biography ‘Jaikeey Halan Haikhliyoon’ (Those who tread alone). She was also writing her memoirs of association with Z.A. Bhutto, Begum Nusrat Bhutto and Benazir Bhutto.

A woman of work not words