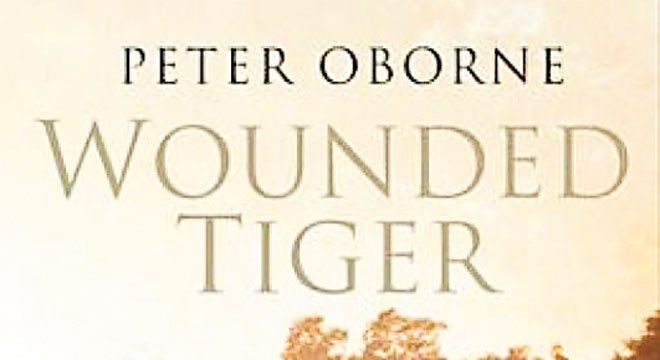 I am a New Yorker by birth. My first sporting loyalties went to the Brooklyn Dodgers baseball team, famous for alternating brilliance with craziness, then in their final glory years before their owner packed them off to Los Angeles. Like millions of other American kids I learnt staircase baseball with a soft ball and fantasized about playing short stop for my beloved team.

By courtesy of Senator Joe McCarthy and a Pakistani boy called Faisal I became a lifelong convert to cricket.

At the height of the anti-Communist hysteria fanned by McCarthy, my father had to abandon a highly successful career in American broadcasting. We relocated first to Mexico and then to England. At my first primary school I met Faisal -- organiser of the playground cricket team. The year was 1954, a generally miserable wet summer in which Pakistan made their first tour of England under A H Kardar. Faisal’s father was at the High Commission in London. Perhaps he was one of the diplomats who accompanied Kardar’s team to explain Pakistan, then an unfamiliar country to most spectators and many journalists. I was not much aware of the Pakistan tourists, occasionally glimpsed on newsreels at the cinema, but I shared Faisal’s pain at their early reverses. (I hope he went to the Oval to see their great victory, which fell in the school holidays).

I was astonished by Faisal’s overarm bowling. I could not master it, so he assigned me the job of wicketkeeper (which no other kid wanted). Our team would have been better served by our stuffed bear mascot -- but I was still hooked on cricket. I gave up wicketkeeping and found a new role as a slow-medium bowler who moved the ball both ways off the bat. Availability was the secret of a sixty-year career which generated two novels and took me to over 30 countries in four continents.

However, nothing in my real or fictional cricket life had prepared me for the experience of cricket in Pakistan. That arrived some eighteen months ago, when my friend Peter Oborne asked me to help with the research and interviews for his comprehensive history of Pakistan cricket.

It is the most exciting and exhilarating book project I have ever worked on -- and that includes my own books. It brought me two long visits to Pakistan, hours of fascinating interviews with great players and top administrators, and rash appearances in nets and pick-up games which showed the extraordinary depth of talent in Pakistan cricket. I found that it is unwise to accept an invitation from a stray teenager to bowl at you in Pakistan: he might well be the next Wasim Akram or the next Abdul Qadir. (On the whole, I preferred the Akrams: they simply bowled me or hit me on the foot. The Qadirs made me look stupid as well).

I am a fiction writer. I could write fifty novels based on the material in Peter’s book. There is at least one in each of Pakistan’s great players. Some of their stories have been told: the singlemindedness of Kardar, the extraordinary dedication of Fazal Mahmood and Hanif Mohammad, the combative genius of Javed Miandad, Imran Khan’s transition to greatness as a player and a leader. I believe that Peter’s book adds a little depth to their stories. Some of the great players still have stories to tell: Wasim Bari amazing his schoolmates by deciding to become a wicketkeeper, preparing himself by receiving hundreds of deliveries and throws each day from local boys; Abdul Qadir as a boy lying awake at night with a ball in his hand, imagining which way it might spin.

Some lesser-known players could also be a rich source for fiction. One name which constantly recurred in stories from former players was that of Prince Aslam, a domestic star of the 1950s. Heir to the Nawab of Manavadar, his movie star looks and lifestyle made him a crowd favourite but put him out of favour with national selectors, who overlooked his brilliance as a left-arm allsorts spin bowler (he is credited as the first purveyor of the doosra). I know it is wrong to show dissent from an umpire, but I could not help admiring Prince Aslam’s demonstration in a club match  -- walking off the field to his Cadillac, extracting his revolvers and firing them in the air.

There is a traditional family chronicle novel in Pakistan’s cricketing dynasties, such as the Burkis and the Mohammad.  Many have achieved distinction outside cricket, such as the brothers Waqar Hasan (Test cricketer and industrialist), Pervez Sajjad (Test cricketer) and Iqbal Shehzad (great film director).

A constant theme in Pakistan cricket is the overnight sensation -- the player invited to give net practice to the stars who gets catapulted into the international team. Sometimes it is a wondrous teenager, such as Wasim Akram, sometimes an apparently forgotten journeyman, such as Tauseef Ahmed. Rich pickings here for fiction writers - and film makers.

As a novelist, I was especially privileged to discover the astonishing drama of women’s cricket in Pakistan, to hear from the remarkable Khan sisters from Karachi of their creation of an international women’s team virtually in secret against official disapproval and physical threats from fundamentalist factions. They told their story passionately, but so too did their rivals who eventually took control of women’s cricket from them and carried it forward.

There are dark novels to be written in Pakistan cricket -- about political machinations, corruption and crime, of great players brought low by weakness and greed or tainted by suspicion. But there are many lighter stories, such as the local police chief who appointed himself captain of a side used in a Test match trial. (It was his lone first-class appearance: he scored one and took a catch, I hope, a dazzling one). It was a privilege too to hear the true and touching story of the young players from Dera Ismail Khan, who sustained cricket’s biggest defeat (an innings and 851 runs) against the mighty Railways team.

There are thousands more stories in Pakistan cricket. Some I could imagine from the windows of a train journey from Karachi to Lahore, when I glimpsed over 250 separate cricket matches in progress. Some were clearly organized, on proper pitches in towns, but most seemed to be pick-up games, in any available open space, or in streets and even rooftops (where Javed Miandad learnt much of his early cricket). Some matches were played in what looked like the middle of nowhere, with no sign of human habitation for miles.

Watching all these matches gave the most vivid sense of the contribution of cricket to Pakistan’s identity and collective memory. As Peter puts it in the final paragraph of his book: "Everywhere I went in Pakistan, I was aware that people feel a huge sense of pride in their country. This pride expresses itself through the cricket team, whose white clothing against a green field neatly matches the colours of the national flag. Cricket is the game of the villages, it is the game of the towns. It is the game of the old, it is the game of the young, the rich and the poor… It is part of Pakistan’s history and  also its future. It is magical and marvellous. Nothing else expresses half so well the singularity, the genius, the occasional madness of the people of Pakistan, and their contribution to the world sporting community."

I lost contact with Faisal, my first cricket captain, not long after I met him. I hope that he has watched many Pakistan cricket matches since their groundbreaking series in 1954. If he reads the book, I hope he will see it as a proper tribute to its subject but also as a long-delayed thank-you for converting me from baseball to cricket.

Richard Heller is an English journalist and author of two cricket-themed novels. Peter Oborne’s book Wounded Tiger is published by Simon and Schuster.