Kohli, Root, Smith and Williamson will take turns as the No. 1 Test batsman. So far each has shown only one technical weakness 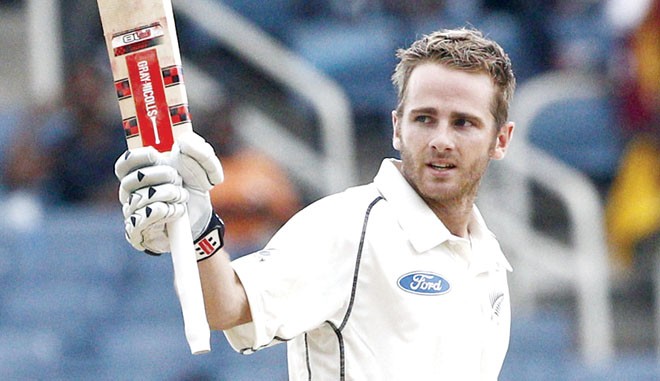 Prior to hitting peak period for a Test batsman, between age 24 and 32, the young player will go through teething problems, highs and lows, swings of fortune, before shooting for the stars. If he is destined, he will learn quickly and climb the ladder to become the best of his time.

In an exercise to crystal-gaze into the future, let’s look at four young tyros who have shown themselves to be the leading young bucks in Test cricket today -- Kane Williamson from New Zealand, Virat Kohli from India, Joe Root from England, and Steven Smith from Australia. No one from the other countries quite matches these players so far. All four are seriously earmarked as future captains of their countries.

Here are their Test records to date, late August 2014:

The common denominator is that each had a period of extreme failure, had and have similar positions and responsibilities in their sides, and have the hunger to go on to be the best they can be.

Williamson, then 20, began with a bang with 131 on debut in India, against slow bowlers, batting at No 6. A teething period followed, then 19 innings on, he pulled off a rearguard resistance against South Africa and broke the slump, scoring 102 not out. Then ten more innings went by with no return until his 135 in Sri Lanka, then 14 more before he hit another crossroad, took the right fork. Since then he has notched four more tons in his last 16 innings. After moving to No. 3 and struggling to counter bounce outside the off stump, he found his footwork, and is firmly on his way to becoming the greatest run scorer in New Zealand history.

Kohli started out in One-day Internationals aged 19 and soon became a consistent run scorer, learning from Sachin Tendulkar and Co. At 22, he made his Test debut, played steadily initially, but it wasn’t until he scored his first century in Adelaide in his 14th innings, that he showed genuine Test class, going on to nail four more hundreds in the next 13 innings. Everything, especially with his form in one-dayers being outstanding, was turning to gold. At his point, Kohli was the talk of the world, the heir apparent to Tendulkar.

Then disaster struck. In his last ten innings he has hit absolute rock bottom, with a need to assess and start again. Despite a solid technique with no obvious weakness -- which produced centuries in Australia, South Africa and New Zealand – he has found the late-swinging ball in England to be his nemesis. In short, his footwork needs to be more decisive in getting close to the ball, shutting down late movement.

Root started positively, at 21 like Williamson, scoring 73 on debut in India batting at No. 6. With not much more success, he took eight further innings as an apprentice, to raise his first hundred, at Headingley against New Zealand. In the following back-to-back Ashes series, he jumped up the order to open but dropped down to three and struggled to get off the crease. In his next 19 innings following that maiden century, he scored a century and two fifties until his highest Test score of 200 not out at Lord’s this summer, batting at five, against Sri Lanka. His desire to get forward more has improved his game immeasurably.

Next year, he faces Australia and South Africa, and will no doubt be challenged to hold on to a 50-plus average. His new-found front-foot play will be tested against the best quick bowlers in the world. But by holding a permanent spot at five, it will enable him to build on the superb form he showed in the summer of 2014. Root, at present, has the upper hand on the other three statistically, but a similar rich run by the others and the mood can quickly change.

Smith started slowly -- it took 23 innings for him to score his first century. He has since struck three centuries in his last 15 innings and looks solid at five, and has a chance to learn and build even further, batting behind Michael Clarke. Initially he looked anxious and fidgety, lacking a still position when watching the ball. But on realising that footwork and body position are the cornerstones to successful batting, he now seems comfortable playing home or away, against pace or spin, off front or back foot.

All four have each shown one obvious weakness at some point, but not two. They have been able to overcome problems, with a permanent batting position locked down being the key. Only Kohli has shown a need to correct a glaring weakness exposed at this stage of development.

All four have similar talent, hunger, ambition and responsibility. All four will go on to captain their countries. All four will reach peak form in a few years’ time, and then the real battle will commence as to who will be the No. 1 batsman in the world.

My sense is that they will all take turns as the No. 1 Test batsman, while Kohli already has the one-day mantle in his sights. Maybe it is his prowess in, and preference for, the limited-over formats that will hold him back in Tests? Maintaining one’s game while playing three different formats is the most challenging aspect confronting the modern-day batsman.

And who will join these fabulous four?