BEST OF THE BRANDS

In this issue, Instep answers a much-asked question: ‘who are Pakistan’s top fashion designers’ with five names that emerge as favourites for being fashion-forward as well as retail-friendly, successful as well as style-savvy 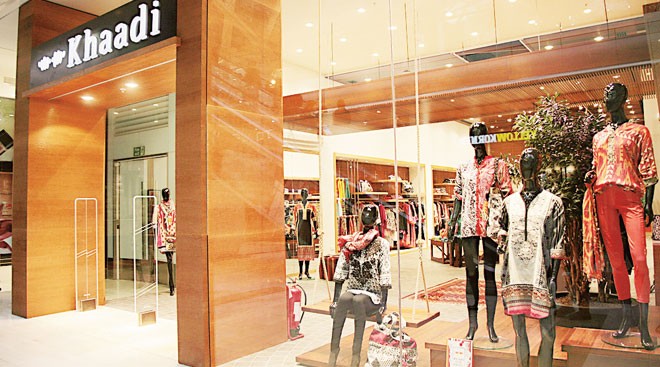 There’s no denying that Pakistani fashion is on a roll but even as it gathers pace and switches gears, it also falters by bumps along the road. For while fashion aesthetics may be getting savvier and fashion weeks may have finally figured out their groove, there are plenty of designers who are yet to figure out how to play the game. Many, unfathomably, continue to showcase collections on the catwalk that never end up reaching retail racks; others - veterans, no less - tend to show the same line-ups with hackneyed repetition in successive fashion weeks and then there are those that resort to blatant plagiarism of international designs.

Out of the milieu, though, there are a few brands that stand out as leaders. These are designers with a retail presence in major cities and who understand the importance of regular fashion week showcases followed by prompt availability of the clothes in stores. These outstanding few prefer to make waves rather than go with the flow; spin out cutting-edge fashion as opposed to ‘safe,’ retail-friendly and often regressive designs. All of these brands, except for Khaadi, have a strong private clientele for their bespoke creations. However, they’ve also pushed their businesses forward by traversing the tricky waters of retail.

Khaadi’s a veritable game-changer in Pakistan’s fashion landscape. From a single store specializing in hand-loomed unstitched fabric, it has mushroomed into a mega-brand with 27 stores within Pakistan, six in the U.A.E., a glistening new store in Malaysia and two more in the United Kingdom. There’s also an e-store, which apparently crashed momentarily when far too many orders for this year’s unstitched lawn collection came through. Unconfirmed sources share that Khaadi’s last online exhibition retailed over 40,000 kurtas in 72 hours. That’s just the kind of mass hysteria and popularity that Khaadi has. Given the affordability and quality, the clothes fly off the racks – one sees them practically everywhere – and their sporadic sales are besieged by eager crowds.

"I wouldn’t want to stock at a multi-label store, along with a mish-mash of other designers’ creations," says kingpin, CEO Shamoon Sultan. "Khaadi has an identity of its own, represented by its own stores." There are Khaadi shops, with their distinct wood, glass and greenery interiors, in destinations as far off as Azad Kashmir and as convenient as the mall-next-door.

There’s no denying, though, that while Khaadi has widened its umbrella, its casual clothing has become more’ safe’ than fashion-forward. The long, baggy tunic, for instance, continues to be a mainstay for, according to Shamoon, "It’s what the customer wants." Luckily, there is always a smattering of designs that are more experimental.

Much more fun is Khaadi Khaas - and fortunately, one has seen more variety within the sub-brand over the past year. There’s a greater demand internationally for clothes of the ‘Khaas’ kind and some of those designs filter down to the local stores. "There’s much more to come," prophesies Shamoon. "We’re really focusing on Khaadi Khaas now." This year’s fashion week showcase by Khaadi Khaas spun absolute magic - it’ll be fun to have it available in stores.

The longstanding empresses of Pakistani fashion launched their first ready-to-wear flagship store last year and then proceeded to open a whopping eight more as well as on online e-store. The varnished, glamorous Sana Safinaz stores stock a bit of everything: basic lawn tunics with light embroideries and print, evening-wear in the form of intricately-worked chikankari shirts, heavy thread embroideries and a selection of silk tunics, kaftans and jumpsuits, topped off by capsule collections of funky handbags, clutches, shoes and accessories.

"We believe in showing at fashion weeks and then translating our inspirations into wearable options," says Safinaz. "This could be in the form of a colour scheme, or an inspirational motive placed onto varying silhouettes or a sleeveless design converted into a sleeved shirt. We need to sell it, thus the tweaking."

What’s fabulous is that while the clothes may be retail-friendly, they still reflect the indelible Sana Safinaz ethos. In fact, the prêt line can easily be credited for bringing the short hemline back into vogue. Short, boxy tunics featured quite prominently in the stores until all and sundry followed suit - something that happens quite often in the case of the trendsetting designer duo.

One year down the line, the Sana Safinaz ready-to-wear still looks fresh due to the myriad design aesthetics that are at play. Ather Hafeez plays head-designer, the wacky, extremely creative Mohsin Ali from Lahore has just come on-board and over a month ago, the rilli-inspired ‘Inaaya for Sana Safinaz’ line – a collaboration with Naushaba Brohi – was selling like hot cakes at all outlets.

"A company can only grow if you bring in fresh blood and innovative new ideas," observes Safinaz. "That being said, our design signature is still clearly Sana Safinaz." From this year on, the designers’ infamous luxury-lawn prints can also be purchased from their stores, ending the age-old complaint that local lawn-retail stores would sell them for prices above the market rate, due to their popularity. It’s no wonder that the brand has earned an impressive four nominations for the upcoming Lux Style Awards (LSAs). Sana Safinaz have pretty much nailed it when it comes to building a business and keeping standards high.

Prices: PKR 3500 for casual daywear rising to about PKR 20000 for the dressier options.

"I launched Gulabo in 2005 in a moment of sentimental patriotism," recalls Maheen. "I asked my domestic help and factory craftsmen to suggest names and eventually, Gulabo was coined. Soon, though, I got busy with other work and made the error of neglecting the line. Then, about five years ago, I realized that I enjoyed myself the most when I created a ‘Gulabo’ outfit. We set up a new store at Park Towers, put new systems in place and made a comeback."

Gulabo’s has now shifted base in Karachi to a swanky store in Dolmen City Karachi and jaunted on to a flagship store in Lahore. Limited collections are also available at multi-label Asmani in Islamabad. Only recently, Maheen’s also extended the line on to two sub-brands: elegant evening-wear, aptly titled ‘Shaam’ and a quirky collection on menswear with a self-explanatory name, ‘Rangeela’.

It’s all quintessentially Gulabo, though - the casual statement-wear, the formals and the fun kurtas for men - effervescent and standout, much like Maheen Khan herself.

Prices: Gulabo retails at anything between PKR 2800 to PKR 5000 for the more embellished styles. The heavier Shaam line is priced at around PKR 15000.

Deepak Perwani offers a cutting-edge blend of glamour with wearability, subtle minimalism with sophistication, delivered with an astute understanding of retail. It’s a brand that is able to commendably strike a balance between catwalk drama and retail-friendly clothes. In fact, the designs Deepak showcased at this year’s PFDC Sunsilk Fashion Week (PSFW) cashed in on the hype by being available at the designer’s store the very next day, as shown on the catwalk.

"In retail, you have to make the right thing available at the right time," says Deepak. Come the party season, his stores offer eclectic fusion-wear; closer to Eid, the silhouettes get more conventional, peppered with slight, interesting touches. Right now, as the wedding season booms, the focus is on bling and gorgeous traditional embroideries. Deepak’s menswear continues to be a hotspot for grooms-to-be, focusing primarily on traditional sherwanis and kurtas. It is, however, the luxury-pret that has been the label’s focal point for the past few years; mingling international influences with this year’s Tres Chic and paying homage to ‘muses’: the regal artistry of Amrita Shergill and the sassy bohemia of Frida Kahlo.

"I had thought that perhaps the Frida collection would turn out to be too modern to appease the regular customer," says Deepak. "Instead, it sold extremely well. Our Eastern formals also tend to be best-sellers. This Eid, certain embroidered tunics had to be re-stocked in stores repetitively because they sold out so quickly."

To date, the very first Deepak Perwani store, still standing in Zamzama, tends to attract in the most customers. "It’s a store that features a mixed-bag of everything, from our menswear to varied collections for women," explains Deepak. The brand also has a menswear store in Karachi’s Park Towers and one for women in Dolmen City, another store in Lahore, a just-launched e-store and capsule collections stocked in Karachi’s Ensemble, Tres Chic in Lahore, Melange in Islamabad and Guzel in Peshawar. Add in occasional showcase on international platforms and recently, six accolades presented to him in the Bulgarian Fashion Awards, including ‘Number one in the Middle East’, and Deepak Perwani’s got quite a few feathers in his two-decade old designing cap.

Prices: PKR 3200 for more basic designs, rising to about PKR 25000 for luxury-pret and beyond for heavily embellished formals.

A relatively young designer label, Sania Maskatiya has a unique knack for mixing print, colour, texture and embellishment into spellbinding fashion. Her designs, effectively shown on the ramp and subsequently stocked in stores, have a distinctive signature, stemming from myriad inspirations; African safaris, florals, birds, funky geometrics and Moenjodaro’s tribal elements interspersed with bursts of lime green, yellow, shocking pink and turquoise. The silhouettes are an amalgamation of the East and West; dresses long enough to demurely touch the ankles, boat necks, loose tunics and those wavering hemlines that Sania does so well.

Add on the business acumen of Sania’s brother Umair Tabani and within four years, Sania Maskatiya has become the ‘it’ label for fashion’s young aficionados. The very first standalone store in Karachi’s Khyaban-e-Bukhari brings in the most business, followed by another store in Dolmen City Mall and one in Lahore. The newly launched e-store has opened the brand’s market to international customers while Sania also sends in regular stock to a host of multi-labels spread out over Karachi, Lahore, Islamabad, Faisalabad and Peshawar. Capsule collections are also available with stockists spread out in the U.S.A., U.K., India, Dubai, Saudi Arabia, Singapore and Canada.

Easy accessibility, a new collection for every festive season and fashion week appropriate designs  – this brand is an absolute trailblazer. And while many other veteran labels continue to figure out a balance between design and retail, Sania Maskatiya has earned three nominations for the upcoming LSAs; for lawn, prêt and luxury-pret - simply because this brand knows how to do it right.

BEST OF THE BRANDS