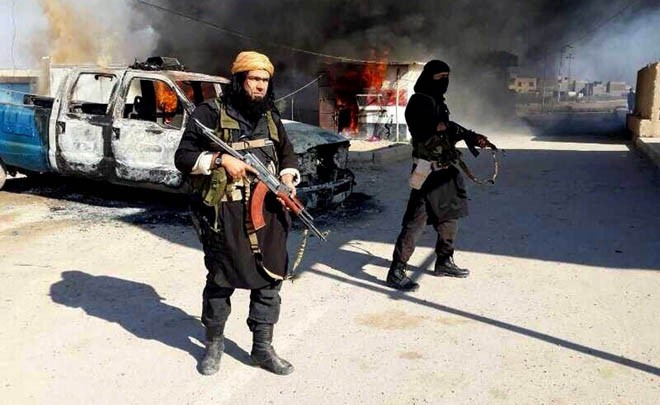 Iraq, the oldest battleground for Shia-Sunni schism is bleeding once again. Reconciliation is stained in blood and blurred in gunfire smokes. In Iraq, the road to democracy has descended into anarchy and disintegration. In exporting democracy, thousands of Iraqis were killed. Millions were made refugees and the entire country was laid waste to. Yet after 11 years of American invasion, the indicators of nation-building; reconciliation, security, good governance and economic development point to a dark and bitter future.

Historically, attempts of rebuilding foreign state institutions by outside powers are notable mainly for their bitter disappointments. Such undertakings are highly complex, costly and lengthy. In the light of Iraq’s descent into chaos, it is pertinent to shed light on American nation-building efforts abroad.

Since its inception, the United Stated has emerged as the world’s most active nation builder, who has sent its forces abroad on more than 200 occasions. How much successful is the United States in mission "exporting democracy"? The Reconstruction of Japan and West Germany after World War-2 are only two instances of successful attempts. But the scale tilts in favour of failures.

Iraq is fragmented. Shia-Sunni-Yazidi and Kurds define the fragmented Iraqi society. Libya is yet to see the dawn of stability. In Haiti, Cuba and Nicaragua, brutal dictatorship took hold of the reins of power after failure of botched nation-building efforts. In Cambodia, a genocidal regime rose to power after the US departure. The Vietnam defeat is another chapter to the failed nation-building efforts. "Operation Enduring Freedom" in Afghanistan has emerged as the longest US undertaking in its history, yet there the prospect of reconciliation and nation-building seems a distant dream.

A policy brief of Carnegie Endowment for International Peace listed several factors favourable for nation-building. Of them, the most important are; strong national identity, previous experience with constitutionalism, effective state capacity and alignment of interest with the outside power attempting nation-building.

The United States’ failure to help Iraq form a more inclusive government based on successful reconciliation has drawn the reluctant Obama to Iraq. This time the objectives are limited…

Nation-building attempts of the United States were successful in Japan and West Germany because each of the two countries had forged a strong national identity; both had some experience with constitutionalism; and in a post-war order, their interests aligned with those of the United States.

However, nation-building in ethnically fragmented countries such as Afghanistan and Iraq poses formidable challenges to nation builders. Intervention by outside powers in such fragmented societies precipitates the ethnic or sectarian struggle for power. It happens that most often the outside powers are caught in the middle and "perpetually tested on an array of local issues for which there is no good answer". In addition to this Iraq has had no experience with constitutionalism.

In the aftermath of war on terror, enhancing capacity of state institutions in these two countries -- Iraq and Afghanistan -- is central to the global peace and security. The United States spend billions on equipping and training of Afghan Security Forces. Yet the Afghan army is too weak to withstand the Taliban onslaught after the US departure. Similarly, Iraq is the 5th largest recipient of US aid; with 193,400 soldiers and 500,000 personnel of police force, yet it cannot withstand the onslaught of 15000 ISIS fighters. The United States has invested heavily in building effective state institutions of these countries, to spur their economic development, and to subsequently raise security apparatus of these countries. However, such efforts have ended in dismal failure.

The United States’ failure to help Iraq form a more inclusive government based on successful reconciliation has drawn the reluctant Obama to Iraq. This time the objectives are limited to protection of minorities and assisting the government to halt the ISIS advances. However, this inexorable mission in the long run will build the Sunni resentment and may further deepen the existing schisms. The objectives of this mission may be limited but there is a chance of a "mission creep". A BBC correspondent aptly described the ballooning of the current crisis: "But while the case for intervention on humanitarian grounds to save the lives of thousands of fleeing refugees is overwhelming, there is now the risk of what is known as "mission creep"; of a small, narrowly-defined operation ballooning out of control, sucking in Western countries into a lengthy conflict with no clear exit".