The calling off of foreign secretary level talks means for the moment that path ahead is one of greater uncertainty. Clearly, hostility is on the increase 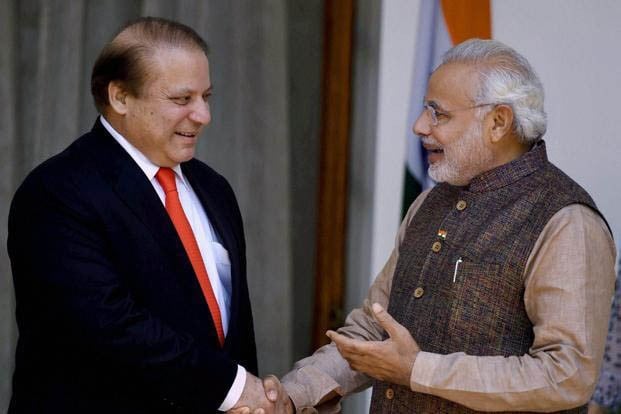 Since that day 68 years ago when the flag of Pakistan was first raised, amidst a series of events that before and after that date triggered the most massive migration in history and caused somewhere between 200,000 to 600,000 deaths, efforts to build a working relation between two countries -- that had for generations been one -- has remained difficult, at times even impossible.

Today, we live with that uncomfortable legacy, struggling to establish better ties. The effort goes on -- each step forward often accompanied by a hasty shuffle in the other direction.

We see this right now. Foreign secretary level talks, which were agreed on as part of a series of gestures as Prime Minister Nawaz Sharif visited New Delhi earlier this year to attend Prime Minister Narendra Modi’s oath-taking, have been called off by India.

Foreign Secretary, Sujhata Singh, will not be in Islamabad any time soon, and the decision came after Pakistan’s High Commissioner to India met Hurriyat leaders from Kashmir, evoking an expectedly angry response from within India.

Why the meetings were held at this point is unclear. The move was not wise; neither is the bringing up of the Indus Water Treaty. Do we see movements amidst the shadows? Are the agents of the past acting again?

It is, however, not insignificant that the response ordered by Prime Minister Narendra Modi came after fierce criticism was directed over the talks from the ‘liberal’ Congress Party. The Pak-India question has always remained at the forefront of internal politics in both countries, used again and again by politicians.

The Congress, reduced to an embarrassingly small minority after elections this year perhaps feels it has no choice but to stoop to these rather low tactics. This has, indeed, been the story of our countries. In bringing up the Kashmir issue, the Congress also hit on what it knows is a spot Mr. Modi cannot ignore. Under him, his party has taken an especially hard line on India, reflecting his own personal views. Just a few weeks ago, on a visit to the disputed territory, Modi had struck out rather violently at Pakistan for waging a ‘proxy war’ there.

This, of course, opens up a whole new debate, but wars by proxy almost inevitably rely on unrest at home. This has been the case through history. The case to be made here, however, is that Modi has no intention of adopting a ‘soft’ line on Pakistan. This, of course, fits in with his established profile.

Insiders say Prime Minister Nawaz Sharif had been rather taken aback by some tough words of rebuke from the Indian PM at the inauguration meeting, which was being regarded by him as a courtesy call.

Sharif, who himself has consistently sought better ties with India, mainly because he sees this as a conduit to trade between the two countries which could bolster the economy, should have been warned. Modi, to keep true to the line which brought him to power cannot completely break away from his tough stance on Pakistan.

The BJP will also be aware that Nawaz Sharif has a soft corner for Kashmir, a territory he has visited frequently each time he holds a seat of power. But despite this, there have been indications New Delhi was prepared to move ahead with steps that could restore the broken composite dialogue between the two countries and get things back on track again.

There are now signs that this will not happen easily. The cross border shooting incidents along the working boundary near Sialkot are one indication of this. In the two incidents that took place within a week in August, two persons, both civilians, were killed on the Pakistan side of the fence. We should remember that similar shooting across the line, which divides the two parts of Kashmir, had created enormous tensions last year.

It is hard to say if these incidents are orchestrated. But we do know that there are forces at both sides of the border that simply do not want peace; who will? On India, our own COAS General Raheel Sharif is known to be an especially hawkish hawk. He has lost a brother in war with India, as well as other family members, and this obviously shapes his feelings towards that country.

There are suggestions that the civil military crisis we see now at home is partially an outcome of the attempt to make overtures towards India.

But whether or not this is true, the fact is it will prove difficult to engineer a harmonious relationship with India. In the first place, there are two ways of looking at the problem. Some experts hold gradual CBMs need to be put in place before addressing entrenched issues, such as Kashmir. Others argue nothing can be solved without hitting the crux of the matter first of all.

But it seems plain that removing distrust is an important element to creating an environment conducive to negotiations at any level. This trust is created when people are able to freely meet, engage in dialogue with each other and overcome the propaganda built over many years.

The breakdown in the talks process between New Delhi and Islamabad means that this now becomes a more arduous and long drawn out task. Obviously, the interests of both countries are affected when efforts and dialogues fall apart as has happened now. The calling off of foreign secretary level talks means for the moment that path ahead is one of greater uncertainty. Clearly, hostility is on the increase. Aside from the longer term implications of this there are also shorter term repercussions.

In the first place, hopes that Mian Nawaz Sharif had expressed of building links with India to improve commerce and provide people of both countries with what they need must fade a little further away. At the same time, the progress that has been made over the last few months regarding a swift return of fishermen who accidentally crossed borders becomes less effective. It is already true that past agreements on this problem are not being adhered to.

For Pakistan, there is also a different dimension to the whole situation. Whether or not the hawks in the country like it, the fact is that Pakistan needs to look towards the East and rediscover its roots in South Asia if it is to escape the militant trap in which it has become caught.

The emergence of hardline forces in the country, which have unleashed a war on people is linked to Pakistan’s overtures to the Arab world beginning in the 1970s and expanded in the 1980s notably after the 1979 Soviet invasion of Afghanistan. To get away from this, links with the more tolerant past need to be recreated.

It is uncertain if India at the moment represents any kind of model as far as tolerance goes.

But regardless of this to protect our own future we need to establish a working relationship with New Delhi. This is essential both for the sake of the region, with Afghanistan also caught up in the equation and for the sake of an end to the interventions that have created added tensions within both Pakistan and India.

The challenge right now seems huge. It has to be overcome, without too much loss of time. After 68 years we do not have time on our sides.